Earnings Management (EM) is the term used to describe the process of manipulating earnings of the firm to meet management’s predetermined target. The flexibility of accounting standards may cause some variability in earnings to occur as a result of the accounting choices made by management. However, earnings management that falls outside the generally accepted accounting choice boundaries is clearly unethical. The intent behind the earnings management also contributes to the questionable ethics of the practice. Some managers use EM as a means of deceiving shareholders or other stakeholders of the organization, such as creating the appearance of higher earnings to increase compensation or to avoid default on a debt covenant. The intent to use EM to deceive stakeholders implies that it can be unethical, even if the earnings management remains within the boundaries of GAAP or IAS. 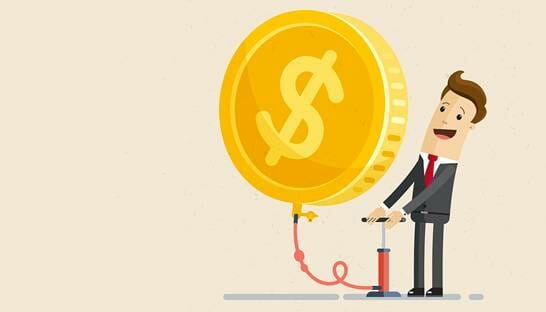 Earnings management has been defined as management’s exploitation of accounting flexibility to meet earnings expectations of shareholders. It has also been defined as the misuse of discretionary judgment in financial reporting and in the way transactions are structured to either mislead stakeholders or to influence the outcome of negotiations, such as contracts, with third parties. Another definition of EM indicates that it involves choosing a method accounting for or structuring a transaction that is either opportunistic or economically efficient. The common elements in the definitions of earnings management related to ethics are the intention of the action and the consequence of the action. In these definitions, earnings management is unethical when the intention of the managers’ decision concerning accounting treatment or transaction structure is to deceive a stakeholder and the outcome of action has a material effect on the financial statements issued by the organization. The definitions imply that EM may be ethical in some situations when the intention is to provide a benefit and the earnings management results in an actual benefit. It is difficult, however, to reconcile earnings management with ethical behavior because it involves accounting manipulation to produce the appearance of a stronger financial position of the firm than may actually be the case.

The way in which earnings management occurs has many variations because of the flexibility of GAAP or IAS accounting standards. The most common approaches to earnings management involve a choice of accounting treatment that results in higher earnings. For example, the revenue recognition policy adopted by the firm could result in improper matching of income and expenses for a transaction, with the income accelerated into the current period while the expenses are accounted for in a future period. This creates the appearance of higher income. Another common approach is to use an inflated estimate of the value of an asset when the accounting standards permit estimation. A less common approach is to structure transactions in a way that increases current income or current assets, but postpones costs or liabilities. An example of this type of structured transaction approach to earnings management is issuing contingent convertible debt instruments that do not dilute earnings per share until the contingency occurs at some point in the future. Earnings management is also frequently found in certain accounting periods in which stock options issued to managers as part of their compensation package are about to expire, with the manager attempting to increase the value of the firm’s stock to maximize their return on the options.

General Electrics has yet to admit ever practicing earning management, but it is believed that they are an aggressive practitioner. It is said that they used earning management to become “one of America’s Best Loved Stocks”, with 100 consecutive quarters of increased earnings. The use of earnings management helped GE smooth out any bumps or declines in their earnings, therefore, creating a steady increase. GE’s stock became one of the most predictable on the market. Many people, including GE’s stakeholders, felt that GE’s practices were ethical, even though they had reason to believe that they used earnings management, because the consequence of the action produced a positive effect for majority of the people involved.

Enron became famous for abusing earnings management. Unlike GE’s scenario, Enron’s earnings management was viewed as being unethical and fraudulent. Enron’s management neglected their fiduciary duty to the stakeholders for their own personal gain. For example, they added one or two pennies to the earnings per share, which result in higher stock prices, and therefore, gave them a higher profit when cashing in their stock. They also moved their debts and losses to offshore accounts to avoid having to include them in their financial reporting. This ultimately led to the bankruptcy of Enron. Of course, Enron was not the only company to have misused earnings management. This led to many people losing confidence in the corporate leadership and created a need for stricter rules. In 2002, the government passed the Sarbanes Oxley Act of 2002, which made top executives more accountable for their financial reporting and created stricter guidelines for EM.

Despite the unethical nature of earnings management, it is embedded in the culture of many organizations. Managers often do not consider EM a breach of their fiduciary duties to stakeholders because they rationalize that it provides a benefit to the organization. Managers may believe that it is their duty to shareholders to maintain the highest possible price for stock, with EM as a means to maximize the value of the firm’s stock. These managers consider any benefit they receive from higher compensation as the result of maximizing value for shareholders rather than the result of unethical behavior. The problem with these rationalizations can lead to increasingly expansive EM activities that ultimately lead to a restatement of income, and harm to the shareholders.