Bernard “Bernie” Lawrence Madoff is an American investment adviser and stock broker who operated Madoff Investments in an unethically acceptable manner. He used the company as a front to commit a Ponzi scheme which fleeced investors of over $65 billion. This has been regarded as the largest Ponzi scheme ever. Madoff grew up in a humble background and he established the Madoff Investments Company with support from the father in law. A few friends and family members also supported Madoff with the operations and growth of the business. Madoff used the returns from investment to support several charitable and political causes which his firm believed in. 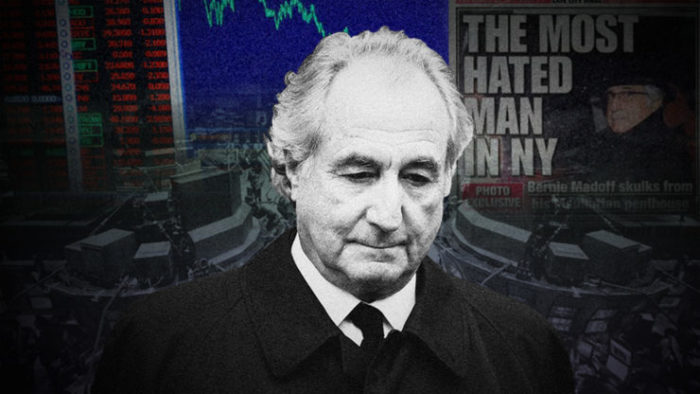 However, in 1999, there was concern that the profits made by Madoff Investments surpassed the normal profits expected from a firm in such a venture. Markopolos, an expert in investments informed the exchange commission that it was not possible to achieve the level of profits which were achieved by Madoff Investments and it is possible that the firm engaged in fraud. Several investigations were undertaken during the next few years and in 2008, Madoff was unable to pay returns demanded by investors. It was then that he admitted that his investment scheme was a Ponzi scheme and he was later charged in court with fraud. Madoff was sentenced to 150 years and is currently serving his term.

Madoff undertook financial fraud through misrepresenting the nature of his business to investors and encouraging them to invest in his company. Madoff founded a company, Madoff Investments which dealt with investment of securities and shares. He began operating with a capital of approximately $50,000 but in a decade, this sum had increased to hundreds of millions of dollars. Potential investors saw the company as successful and they invested billions of dollars in the business. However, Madoff did not deal entirely with financial investments but he carried out a Ponzi scheme, with the financial investment as the front. He used investments by new shareholders to pay returns to earlier shareholders without really making profit from the capital invested. It is important to understand how Ponzi schemes work in order to explain Madoff’s strategies. Ponzi schemes are financed by capital from subsequent investors. For instance, if investor A invested in 2000 and investor B invested in 2001, Madoff used the capital invested by investor B to cover for the returns of investor A. Investor B’s returns would subsequently be paid by capital invested by a new investor, C and son on.

In order to cover for the financial fraud, Madoff used the financial investments as a front for his fraud. He falsified return forms of investors and gave returns according to pre-determined rates in order to avoid raising suspicion. These returns, as explained, were financed by capital from subsequent investors. A computerized program was used to falsify the accounts and ensure that they balanced, to avoid suspicion from financial regulators. However, several people raised suspicion with the huge returns associated with Madoff Investments. It was seen as impossible to earn such high returns from trading in financial securities without engaging in fraud. In 1999, the first suspicions were raised although it took over ten years for the Ponzi scheme to be uncovered. This has been blamed by inefficiency by financial regulators and the US government. Effective investigations would have unearthed the scandal within the first five years of operation.

However, as is common with Ponzi schemes, it collapsed. These schemes collapse when returns required by previous investors surpass the investments made by new investors. When this happened to Madoff Investments, he confided to his family that the investment firm was a just front for conducting fraud through the Ponzi scheme and it did not in fact exist. One of his sons reported this to the police. This led to his subsequent arrest and he was charged in court. He pleaded guilty and received a sentence of 150 years. His family, including his wife apologized to the public although their roles in the scandal were further investigated and they were cleared. Madoff is currently serving his term.

The government also took steps to restitute the victims of the Madoff Investment Scandal. Various assets, revenues and accounts which were linked to Madoff Investments were frozen and funds consolidated in efforts to pay back investors. Small investors received priority when being compensated although larger shareholders also received a share of revenue collected. Creditors were also compensated for the services which they had rendered to Madoff Investments. However, most investors were not fully compensated for the losses incurred due to previous money laundering strategies which Madoff had undertaken.

Businesses are expected to undertake their affairs in ethically acceptable ways which conform to social values. Businesses are expected to conform to principles such as prudence, honesty, full disclosure, social and environmental responsibility among others. They are also expected to operate in way which is environmentally and socially friendly to the local community and society at large. Ethics usually dictates the way business undertake their operations and it is determined by organizational objectives, any professional ethics and government regulations when operating within the business environment. Firms usually follow business ethics to meet the needs of stakeholders while safeguarding the welfare of society.

There are various ethical issues which arose during the Madoff investment scandal and which are contrary to ethical requirements of businesses. One of these issues is fraud. Businesses are not expected to engage in fraud since it is not only against business interests, but it is also illegal under law. When Madoff and his staff engaged in fraud, they broke the ethical responsibility towards organizational stakeholders and in addition, they committed a crime. This led to his jail sentence of over 100 years. The second ethical issue which arises when analyzing the Madoff case is misrepresentation. Firms are required to follow the ethical responsibility of full disclosure to all organizational stakeholders. Misrepresentation is not only a breach of ethical requirements but it is also a crime. Madoff misrepresented the state of his firm’s finances and a false belief that it was making profits. This is what attracted the thousands of investors to Madoff Investments. Misrepresentation also enabled Madoff escape detection from financial regulators although there was suspicion on his illegal practices. The third ethical issue which arises from the case study is money laundering. This is the use of a legal source of revenue to hide illegal sources of revenue or revenues which have not been declared or taxed by the government. This is an unethical practice which is a crime and is punishable by many years in jail. Madoff used his investment firm as a front to hide the revenues which were received through the Ponzi scheme. The investment firm was used to portray the business activities are legal and to hide the true sources of revenue. Money laundering is a crime which Madoff was charged with and it contributed to his long jail sentence.