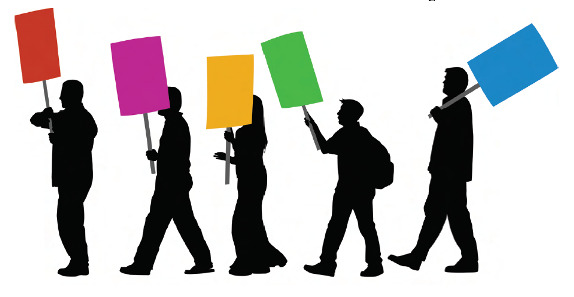 Workers join trade unions to achieve certain objectives that they may not be able to achieve in their personal capacity. Trade unions are necessary.

Nature and Scope of  Trade Unions

Thus trade unions are a major component of the modern industrial relation system. A trade union of workers is an organization formed by workers to protect their interests. i.e. improve their working conditions etc. All trade unions have objectives or goals to achieve, which are contained in their constitution and each has its own strategy to reach those goals.

Trade Unions are now considered a sub-system which seeks to serve the specific sub-groups interest and also considers itself a part of the organization, in terms of the latter’s viability and contribution to the growth of the community of which it is a part.

Trade unions came into being for a variety of purposes. Individual workers found it more advantageous to band together and seek to establish their terms and conditions of employments. They realized that if they bargained as individuals, the employer would have a better leverage, for an individual would not matter as much as a group in terms of the running of the enterprise. A group’s contribution is much larger than an individual’s so are the effects of its withdrawal. An individual may not be able to organize and defend his interests as well as a group can. Therefore workers saw the advantages of organizing themselves into groups to improve their terms and conditions of employment. Employers also found it advantageous to deal with a group or a representative of a group rather than go through the process of dealing with each individual over a length of time. Precisely, the major objectives of trade union are the following: