Each entity has a different access and different needs in the international financial markets. Companies receive more favorable credit ratings in their country of domicile than in the country in which they need to raise capital. Investors are likely to demand a lower return from a domestic company, which they are more familiar with than from a foreign company. In some cases a company may be unable to raise capital in a certain currency. Currency swaps are also used to lower the risk of currency exposure or to change returns on investment into another, more favorable currency. Therefore, currency swaps are used to exchange assets or capital in one currency for another for the purpose of financial management. 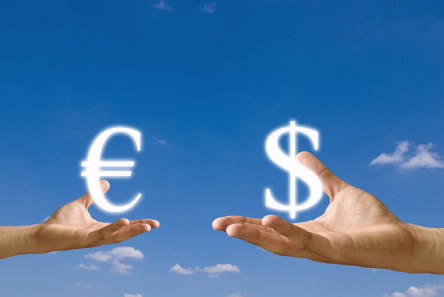 A currency swap transaction involves an exchange of a major currency against the U.S. dollar. In order to swap two other non- U.S. currencies, a dealer may need to arrange two separate swaps. Although, any currency can be used in swaps, many counter-parties are unable to exchange their currencies due to a lack of demand. Since currency swaps involve die exchange of two or more types of currencies, the actual exchange of principals takes place at the commencement and the termination of the swaps. On certain occasions, the exchange occurs only at the inception of the swap depending on the nature of the swap. The exchange of principals is necessary because of the fluctuation of currencies. Also, counter parties may need to utilize the respective exchanged currencies. Principals and interest payments are exchanged based on the spot rate agreed at the inception of the swaps.

The uses of currency swaps are summarized below:

The most common use of currency  swaps is for institutions to fund their foreign exchange  balances. Foreign currency swaps are also used by importers and exporters, as well as institutional  investors who wish to hedge their positions. They are also used for speculative trading.

The following example demonstrates how currency risk can be hedged by entering into a foreign currency swap.

Based in Japan, Company X is a producer of semiconductors. Due to its innovative technology and global expansion strategy, X became one of the leading suppliers of memory chips. X bills its European customers in Euro and other customer in US dollar. Mr. A, the financial director of X is concerned with X’s exposure to Euro. Therefore, Mr. B of Y Bank arranged  foreign currency swaps  to assist Mr. A hedge X’s currency risks. Mr. B agrees to receive 6.5 % Euro payments for 6.5 % Yen payments plus an agreed front-end fee. The notional principal was set on Euro 10,000,000 to offset X’s annual revenue of Euro 2,800,000. As long as X’s sales in Europe do not drop drastically, X should be able to pay the annual interest payment of Euro 650,000 and accumulated enough Euro to make the final principal exchange. The exchange rate was set at 131 Yen/ Euro and the tenor of the swap is five years. By entering into this swap Mr. A can fix the exchange rate for the next five years.

The risks involved in foreign currency  swaps are similar to those characteristic of the forward contract.

To conclude, foreign currency swaps are magical financial instruments which allow companies to exploit the global financial markets more efficiently. Foreign currency swap markets  are an integral arbitrage link between the interest rates of different developed countries. Also, the future of banking lies in the securitization and diversification of loan portfolios. The global currency swap market will play an integral role in this transformation. Banks will come to resemble credit funds more than anything else, holding diversified portfolios of global credit and global credit equivalents with derivative overlays used to manage the variety of currency and interest rate risk.