One of the most important roles that the leaders play within organization settings is to create the climate for innovation. Organizational climate is a key factor in innovation implementation. Building up an innovative culture in an organisation is one of the important tasks of an innovative leadership. At the same time, creative organizational climate is one of fundamental elements that leads to success of innovation. Doing so successfully will certainly further secure and strengthen the leadership, which initiates innovative climate in the first place. This success will also bind more followers to the leadership because of its respective contributions for innovation, or in another word future success. A leadership should have a quality and skills to manoeuvre the internal environment of an organisation to create a favorable climate for innovation. 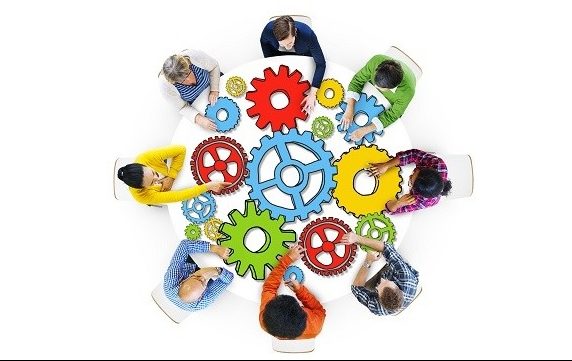 Although there is no direct influence between organizational climate and innovation, a favorable climate can naturally drive people to seek innovation. Organizational climate is generally defined as employee’s affection to their working environment and the anticipation of what kind of behavior can be rewarded. Climate more concerned to the individual’s feeling, behavior and attitude in an organisation, however, it has been regarded as an attribution of the organisation. It can influence the communication, problem solving, decision making and the way of learning. Unlike the culture, which is concerned with deeper and more enduring values, norm and beliefs, the climate is easier to be observed and changed.

There have been many dimensions of organizational climate such as trust and openness, challenge and involvement, idea time and support, conflict and debate, risk taking and freedom, which have been identified as the most critical factors for supporting creativity and change.

Trust and openness concern more about the emotional level. Trust can increase resource-exchange and combination between business units, which contribute to produce innovation. Trust can be treated as a fundamental ingredient for the organisation to collaborate with each other; consequently, the collaborative climate can nurture innovation. With strong level of trust and openness, people in the organisation will feel safe so that they can speak out their minds and raise some divergent points. They don’t fear their ideas will be stolen. If employee feels that the management and leadership always are there to criticize new idea or comment, employee wound not take the risk to put forward their new ideas.  For Instance, in order to avert such fear, in 3M, they have set up the grants for people who have proposed new ideas even though these ideas are deemed not suitable to his or her current work division or office department. In doing so, this has encouraged employees to present their thoughts and ideas freely. At the same time, to take balance between useful ideas, and unwanted, wild cat and time wasting ideas, 3M has the 15 percent rule that can uphold employee to explore new idea by doing the project they are interested in. Furthermore, with openness, the employee can learn from other’s experience so as to avoid some unnecessary attempts or mistakes which may save a great deal of time and money; at the same time, employee can get some clues from the other’s mistake and generate some new ideas. What 3M does here, is to provide a safety net for staff to freely express their ideas and comments, whilst keeping certain degrees of control over the commentary process of avoiding intentional or unintentional abuse of the trust and openness between leadership and staff, or among fellow staff and their peers.

Challenge and involvement means the degree that people are involved in daily operations, long-term goal and visions, which can emotionally influence the people’s enthusiasm for their work which can contribute to the success of the organisation. During the stickiness to a same task, people may feel dull and lack of interest, however, certain challenge such as a new task or a new position which can inspire people to exert their capability on creative thinking and intrinsic motivation. Under such circumstances, new businesses are branched out from old or existing businesses. New management teams are then assigned to new business units. As a result, these new units are able to grow quickly. When these new businesses are under new managements, the newly established business unities have to develop new products and find new markets to achieve their growth objectives to make up for contributions from the old or existing businesses, which they have become segregated from. Creative work involvement is important to employee to create achievements and innovation. Involvement in a task can make people think that they are important, they will have the sense of commitment and ownership, therefore, they will delegate more to the task.

3. Support and Space for Ideas

Innovation is a time-consuming process. Idea time and space give the people amount of time to think, plan, discuss or even test before having an action, which, to a great extent, foster new ideas within the working period. In a supportive climate, people can gain enough resources such as people, time, and money for innovative ideas. At the same time, they may realize there are values and respond to their creative potential and contributions so that they may exhibit higher levels of creative performance. Supportiveness can significant enhance the creativity and contribute to the number of patents. A key strategy in 3M to allocate resources that allows staff to play with ideas with their own space and time. The 15 percent rule provides the staff in 3M with certain time and space in activities, which are not related to their current core business tasks. Some activities are curiosity-driven, which have sometimes resulted in breakthrough products such as the ever-popular Post-it ®, which is the typical product initiated from the 15% rule. The development process in Google has a 70-20-10 rule. Google staff must spend 70% in the core business, the other 20% allow staff to roam free to encourage creativity–where all the most interesting products emerge. The rest 10% is for crazy and radical ideas that might not work out but feel worth pursuing.

Conflict concern more about the relationships between people in an organisation, and debate focused on issues and ideas. Conflict can provoke people to think and find out creative or new viable solutions. More creative ideas can be stimulated by encouraging debates or even criticisms. Adequate conflict and debate can help company to create new capabilities by gathering diverse ideas that reflect multiple opinions to generate new options which could help company out of the old practices. In a conflicting climate, people may be driven to strive finding the argument to support his or her own position, therefore, they need to concern the all-around of his or her opinion, or otherwise, they will lose their argument. However, the conflict and debate only can be effective in an organisation with open and collaborative climate; otherwise, the conflict and debate will generate negative effect such as personal insult and attack. For example, 3M has recognized the utility of conflict in organisation can help creative thinking. In 3M, once an innovative idea came out, a conflict-free gestation and critical discussion are necessary before it is turned into an actual business product.

Risk taking refers to the tolerance of uncertainty and unknown situation in an organisation. Risking-taking is one of the important ways to creative performance, because it can make good use of the opportunities for creativity-relevant resources on experiments, without experimenting things, there will be no inventions. In an organisation with high risk-taking culture, people will be rather free to try their new ideas without fear of the possible failure and they are more willing to express their new ideas freely in the first place. For example, 3M explicitly implements the strategy to encourage risk-taking and accept mistakes. They value employees who take wise and reasonable risks that helps to keep 3M business viable. 3M encourages employees to focus on solutions rather than placing blame. Under the risk-taking valued climate supported by the leadership, many employees are taking the initiatives, which constantly contribute to the boost of business growth of 3M. Dave Girouard, the President of Enterprise of Google, concedes that not every idea may bear fruit, but says there is an internal formula to assess new ideas. Google has a 70/20/10 model, which is 70 per cent of staff efforts are to be focused on core business, 20 per cent of staff efforts should be focused on related but new areas, and the rest of 10 per cent of staff efforts should reserve for radical ideas, some of which may turn into great advancements and many of which may not even be workable at all.

The above examples of tolerance of wasting company resources on innovative activities, are considered to be successful only with the full supports by innovative leadership, otherwise, a company will never justify wasting resources on non-workable ideas. Only when the leadership is willing to take such risk, then those innovative processes will be allowed in an organisation in the first place.

It should be emphasized that risk-taking has to be performed in a climate with full extent of openness and trust, where staff dare to try new things without the fear of punishment for the failure, or possible defeats and wastes (eg. money, time) during the risk-taking process.

Freedom means allowing people to use their own consideration to evaluate and respond to particular event and situation during the activities of product and process developments. The freedom in an organisation, concerns whether an organisation can allow its people to decide the process to achieve the specific objectives. Creativity is a result of people where they are free to decide what technique they will use to reach the particular task. This will encourage a sense of motivation to create an ownership of what has been created. Larry Page and Sergey Brin, co-founders of Google Inc, fundamentally believe that staff working on what they choose to work on, what they’re passionate about, have higher productivity than someone, whom is being directed and told what to do. It is a very central motto of innovation at Google.