The term personality has been derived from the Latin word “Persona” which was associated with Greek theater in ancient times. The Greek actors commonly used to wear masks on their faces during their performances on the stage. The mask worn by the actors was called persona. Personality was thought to be the effect and influence which the individual wearing a mask left on the audience.

Personality is a term that has many general meanings. Sometimes the word refers to the ability to get along well socially. For example, we speak of experiences or relationships, which are said to give a person “more personality.” The term may also refer to the most striking impression that an individual makes on other people. We may say, ‘she has a shy personality’. To a psychologist, personality is an area of study that deals with complex human behavior, including emotions, actions, and cognitive (thought) processes. Psychologists study the patterns of behavior that make individuals different from one another.  The word personality is used not only in the field of psychology, but can be applied in most of the other fields of one day-to-day life.

Personality in Organizational Behavior refers to a dynamic concept that describes the growth and  development of an individual’s whole psychological system, which looks at  some aggregate whole that is greater than the sum of the parts. Personality is  the dynamic organisation within the individual of those psychological systems  that determine his unique adjustment to environment. The conduct, behavior, activities, movements and everything else concerning the individual are known as personality. It is the way of responding to the environment; the way in which an individual adjusts with the external environment is personality.

There seems to be much controversy regarding the exact nature of  personality. However, the concept of personality is viewed as very real and  meaningful as personality characteristics help us describe and differentiate  between individuals. Most authorities seem to be in general agreement that  personality of an individual is made up of her/his inherited characteristics and  the interactions with environment and moderated by situational conditions. It  is the composite total outcome of an individual’s psychological make up,  motives, beliefs, attitudes, habits, and overall outlook. 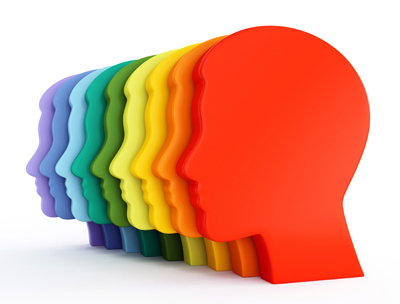 Most marketers consider self-concept theory as most relevant as it  focuses on how the self-image or self-concept of individuals influences their  purchase behaviour. Self-concept describes the totality of an individual’s  thoughts and feelings having reference to herself/himself as an attitude object.  Each one of us has a self-concept. We see ourselves as individuals  possessing certain attributes and qualities and value them. Individuals  develop and alter their self-concept based on interaction of psychological and  social dimensions. Research studies confirm that consumer purchases in  many product categories are significantly influenced by their self-concept.

According to psychoanalytic theory of personality, personality is the result of childhood  conflicts between three fundamental components of personality: Id, Ego, and  Superego. The id is entirely unconscious and is viewed as the source of  strong basic desires and operates on ‘pleasure principle’. It seeks immediate  pleasure and to avoid pain. The ego represents an individual’s conscious control to deal with the real world by developing capabilities of realistic  thinking and tackle the environment in an appropriate manner. It operates on  ‘reality principle’ and is capable of postponing the gratification to a time when  it would be in a manner that is socially acceptable. The ego is believed to  manage the conflicting demands of the id and the superego; usually striking  realistic compromises. The superego constitutes the moral part of personality  and represents the ideal rather than real. It defines what is right and good and  affects an individual to strive for perfection. It often represses certain  behavior based on id that could disrupt the social system.  Marketers use many themes in advertising based on psychoanalytic  understanding of personality such as fantasy, wish fulfillment, aggression, and  escape from life’s pressures. Examples of some of the product categories  using some of these themes include perfumes, hair dye, skin-care products,  ready-to-wear garments, farmhouses, autos, and even some brands of laptop  computers and cellular phones, etc.

Subscribers to social-cultural theory believe that social and cultural  variables are more important than biological drives in the development of  individual personality. They believe that childhood experiences in relating to  others produce feelings of inferiority, insecurity, and lack of love. Their view is  that individuals strive to win over the feelings of inferiority and search for ways  to gain love, security, and relationships. Carl Jung, Freud’s famous disciple  believed that an individual’s culture creates an accumulation of shared  memories from the past such as caring and nurturing females, heroes, and  wise old men. It is fairly common for marketers to show some typical characters in advertisements that attempt to take advantage of positive shared meanings in a particular culture such as caring mother, devoted housewife, heroes with a macho image etc.

Trait theory says that personality is composed of a set of traits that are relatively stable and describe a general pattern of behavior. A trait is any distinct and relatively enduring characteristic in which one person differs from another. Trait theorists construct personality tests and ask respondents to record their responses to many items. Respondents are required to mark ‘agree’ or ‘disagree’ with certain statements such as ‘like’ or ‘dislike’ certain situations or kinds of people. The responses are statistically analysed and reduced to a few personality dimensions. There are a number of standardized personality tests and evaluative techniques available. This makes using trait theory easier to study the relationship between personality and behavior. Personality tests that measure just one trait (such as self-confidence, or innovativeness) are called single-trait personality tests. Such tailor-made tests are increasingly being developed for use in the study of consumer behavior.