An organization is a social arrangement for achieving controlled performance in the pursuit of collective goals. This definition stresses on the fact that people in an organization interact with each other in order to achieve some objectives. In the field of organization design, a contemporary organization can be defined as a business that uses up-to-date knowledge, processes, and strategies to implement its plans within a cohesive strategy with keeping in mind the organizations future. Contemporary organizations are primarily leaders in exploring business and management trends, such as strategic alliances, and the virtual office. These trends are often explored without the knowledge of anyone; however the organization is able to integrate them and the discrete elements in the overall cohesive business strategy. 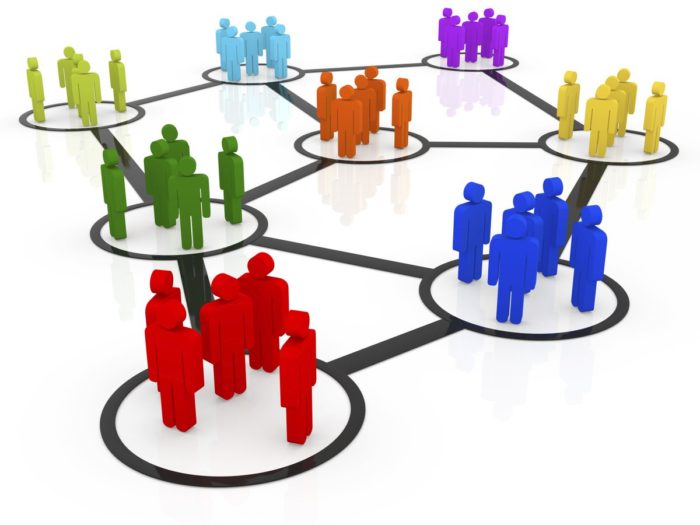 Although teams have always formed the backbone of the organization; they are gaining attention as important assents to the organization. Professionals in today’s world rarely work alone; they either work with their colleagues or work managers. They are basically concerned with creating teams which make real contributions to the organizations and help in containing the success of the organization. It is seen that teams and groups generally perform better than individuals when the tasks at hand require multiple skill and judgement. Teams are effective ways to tap and make use of the various talents of the employees.

Management has observed that a team is more flexible and responsive in nature to changing events than departments that are more traditional in nature. Change is not an easy process; it is in human nature to resist change. Despite this fact contemporary organizations have managed to overcome change. Organizations have incorporated a change management process. Part of that process involves a business to incorporate new leadership methods and it also requires that there is a team oriented culture that prevails in the organization.

For a contemporary organization to achieve its goal of high performance, responsiveness towards its customers and employee motivation managers form various ‘groups’ and ‘teams’. The most simplistic definition of a team is two or more individuals who depend on one another and who interact with and influence one another in order to achieve a perceived organizational target. A team is a collection of various individuals who come together to accomplish an organizational purpose and who are interdependent in nature. Teams exist generally in large scale organization and interact with the organization. On one hand one group of scholars believes that teams and groups are the same. A team is a specialized group with core values and core principles. On the other hand some researchers believe that both are not the same and it is just in the recent years that the word team has replaced the word group.

Teams are the only way that an organization can gather information in the form of input from members and motivate them in the pursuit of organizational excellence. Further a team allows organizational flexibility; as a result there is need for teams. There are namely six types of teams, primarily informal, traditional, problem solving (specific), leadership, self directed and virtual. Informal teams are formed for social causes. They help in improving the working conditions for employees. Leaders of such teams generally emerge from membership and are not appointed or assigned by the organization. The second types of teams that are found in an organization are traditional teams. Departments or functional areas are generally referred to as traditional organizations. Such teams are specifically expected to deliver a service or perform functions enlisted by the organization. The third and a very important team is the problem solving team, they are generally referred to as task forces. These teams are formed when a problem arises which is outside the standard organization structure. Leadership teams are generally composed of top level management who come together to close in on the gap between the various functions in the organization. For a product to be introduced in the market, the various functional heads in an organization need to come together and work as a team. Self directed teams, as the name suggests are self directed. They are given autonomy over deciding how to tackle a problem. They are primarily provided with a goal by the organization. Such groups don’t have any assigned leaders to them. These teams choose their own new team members, decide what assignments are to be carried out and are also given responsibility to evaluate their team members. Lastly, a very modern and techno-savvy concept of a team has arise which is referred to as a virtual team. Technology is impacting how a team functions. Software and tele-conferencing systems have improved communication between employees and have in turn helped in facilitating decision making. These groups retain the basic characteristics of the other types of teams; however the dynamics and management of such groups may be varying and different. Accountability is impacted when a team is made virtual; every member is accountable for his tasks and is answerable to the team as a whole. There is presence of minimal supervision. The success of a virtual team is based on effective formation, trust between the members of the team, a strong collaboration between members and excellent and open communication between all the members of the team.

Most importantly for teams to be successful they have to be effective. Only effective teams are successful. Effectiveness can be defined as the degree to which objectives are achieved and the extent to which targeted problems are resolved in an organization. In contrast to efficiency, effectiveness is determined without reference to costs and, whereas efficiency means doing the things right in an organization, effectiveness means doing the right things in the organization. Some of the characteristics of an effective team are that it is clear directed and every member knows his/her responsibilities very well, it has knowledgeable members and good interpersonal relationships and most importantly they share success and failures, and maintain good external relationships. Clear direction refers to clear and distinctive goals given to the team. A clear direction also means that the team outcomes are measurable. The next characteristic is clear responsibilities, the roles should be clear and interesting. An effective team should comprise of knowledgeable people, who possess the necessary skills and required knowledge in order to accomplish the assigned task. Cooperation is important at an early stage. The next important characteristic of an effective team is that it should have reasonable operating procedures. They need to set specific procedures to guide them and help them in decision making and planning. Interpersonal relationships also play an important part in building team effectiveness. Teams are composed of diverse individuals each who bring to the team with them his or her set of values. Understanding this diversity helps to make a strong and effective team. External relationships are also important. In this process of building a strong team, external teams are often ignored. In order for the success of the team; it cannot operate in isolation from the organization. Clearly, it is not possible to devise a set of rules which, if followed, would lead inexorably to team effectiveness. The determinants of a successful team are complex and not equivalent to following a set of prescriptions. Hence it can be said that there are a lot of problems associated with a team based approach to work.

Teams are popular in organizations and are positively perceived by their members and outsiders, but objective evidence does not support the bias towards them. Teams and groups have very ineffective ways of accomplishing tasks that do not require collaboration. They are often seen as tremendous waste of time and resources in many organizations. Group members often loaf around unless there are some incentives for not doing so. Groups tend to focus on common or shared information during discussion, rather than unique and unshared information which do not lead to innovative solutions and sharing of innovative ideas.

Groups tend to become more extreme when opinions and preferences are shared in team meetings. Groups may feel a pressure towards consensus and hence end up making bad decisions. Groups tend to be influenced by the perspectives of the majority in the group which hampers efficient decision making. When groups brainstorm, they generate fewer ideas when compared to individuals who brainstorm. Ironically, members who interact more tend to rate their performance much higher than individual barnstormers.

Every team member needs to be able to place his trust on the other to carry out their role for the team to be an effective unit. Otherwise, one or two team members feel that they are doing most of the work. This is one of the primary reasons that many individuals are reluctant to join teams and work as groups. There are many other reasons that deter individuals and also organizations to overlook team based work.

One of the major disadvantages of decision making in groups is that it is more time consuming in nature. Group work is a time consuming and costly process because various members working in the various units in the organization are removed from their respective individual activities and reshuffled into groups. Group decisions take longer to be finalized since there are many opinions of various members who have to be considered if not they feel left out from the decision making process which in turn hampers the team spirit. The responsibilities of the decisions taken are not equally distributed in many teams which lead to a rift between the team members.