In approaching collective bargaining, a trade union has series of goals, some economic and some non-economic, not all of which can be won from the employer at one time. Further more, a number of the goals are in conflict with each other. Therefore, trade union decides to give priority to these goals, and for giving priority union may classify the goals. 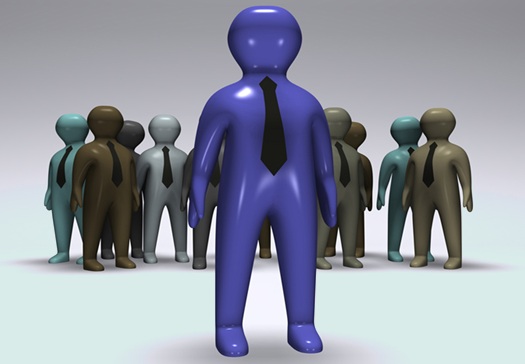 There are many ways of classifying the goals, trade union seek to achieve through collective bargaining. The two categories used here are economic and non-economic, they may also be classified according to the members as individuals opposed to the unions as an institution, according to leader versus rank and file, or according to intra-union interest groups, such as the young against the old or one group of skill against another. It follows, then, that the priority ranking of the demands by the union represents a compromise between the different pressures within the union. The compromise must, of course take into account the prevailing economic environment.

The unions major economic goal is to increase wages constantly. In general terms, this means “more and more ” or “as much as we can get.” This could mean the maximum wage rate or the maximum wage bill, or some variation of two. Generally, trade unions place greater emphasis on the wage rate than the total amount paid out in wages by an employer, because after a wage increase, multi-plant firm might close down its less efficient plants, and marginal firms might be forced out of business. This may cause unemployment. Therefore, the best technique to enhance the economic position of the members is through raising the wage rate. However, there are some exception to this, particularly in construction and clothing industries. For example, a wage increases of house painters may have a significant effect on the do it yourself trend; or a wage in unionized clothing firm may shift employment to unorganized firms.

The fact that unions generally emphasize the wage rate rather than employment does not mean that union neglect the latter. However, the approach to this goal is usually not through wage rate adjustments, but rather through regulation of hours, seniority, and working rules. Thus, whenever unemployment increases significantly as a result of increase in wage rates, unions will propagandize and bargain for shorter work weeks rather than decreased wages.

Unions also attempt to enhance the employment of their members by devising and enforcing work rules. In many cases they try to place restrictions on production, limiting the type of machinery used and the speed at which the machinery is to be operated. In some instances the work rules are designed to protect the life and limb of the employees or to avoid “speed ups” and unhealthful working for the workers. In some instances what was originally necessary for the workers safety may, after a change in the methods of production become outdated. Never-the less, the union may still insist on the working rule in order to provide more jobs for the members. In deciding which economic goals to pursue most vigorously, unions must choose, then, between wages, hours, and working rules. More, fringe benefits should be included, since they add to the employer’s labor cost.

The social and psychological need center around the workers desire to express his individuality and at the time to be an accepted members of his social group. Workers, if they are to feel they have some distinct personal worth, must be able to complain to their employers without fear of reprisal. They want to be more than a lump of economic assets in a depersonalized enterprise. The workers feeling of security, of protection against arbitrary or spiteful action by his supervisor, are of non measurable value to him. For this reason union is worth while to many workers regardless of whether it is able to bring them higher wages than they otherwise would have received. It satisfies the need of feeling secure in their jobs and in their status as individual. The union also provide an opportunity for the worker to become active in social organization in association with his fellow workers as equals.

The second variety of non-economic goals sought through collective bargaining is aimed at protection of the union as an institution-. When an employer threatens to break a union or when a rival union attempts to raid its membership, the fight to protect itself becomes more urgent to a union than securing immediate wage increase.