Good relations between the employer and employees are essential for the success of  an industry. In order to  maintain good industrial relations, it is necessary that industrial disputes  are settled quickly and amicably. One of the  efficient means of  resolving industrial disputes and deciding the employment conditions is collective bargaining. It is a process  in which the representatives of the  employer and of the employees meet and attempt to  negotiate a contract governing the  employer-employee union relationship. 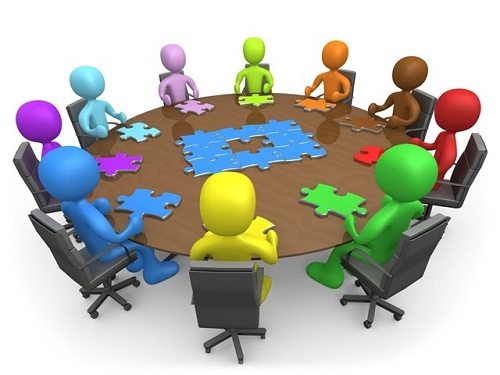 Collective bargaining is a technique of social change, some-times performing its function smoothly and at other times threatening to blow up. Arthur D Butler’s classification of functions of collective bargaining can be viewed under the following three headings.

Collective bargaining, in its broader aspects, is not confined solely to economic relations between employers and employees. Selig Perlman has defined it as a “technique whereby an inferior social class or group carries on a never slacking pressure for a bigger share in social sovereignty as well as for more welfare, security, and liberty for its individual member. Collective bargaining manifests itself equally in politics, legislation, court litigation, government administration, religion education and propaganda. When viewed as a process of social change, collective bargaining encompasses more than the direct clash between employers and trade unions. It refers to the rise in political and social power achieved by workers and their organization.

Thus collective bargaining is not an abstract class struggle in a Marxian sense, but it is rather pragmatic and concrete. The inferior class does not attempt to abolish the old ruling class, but merely to become equal with it. It aims to acquire a large measure of economic and political control over crucial decisions in the area of its most immediate interest and to be recognized in other areas of decision making.

Collective bargaining has no final form. It adapt- itself to the changing social, legal and economic environment. It has varied considerably from plant to plant and industry to industry, and also between and within unions. For example, a number of industrial unions have successfully bargained for higher bonus and Provident Fund benefit, why many unions in the construction industry have ignored these goals. Bargaining in some plants is characterized by comparatively frequent strikes, whereas in other plants there are long records of uninterrupted industrial peace.

Wage corners have enhanced their social and economic position in absolute terms and in relation to other groups and at same time, management has retained a large measure of power and dignity. These gains were not registered in one great revolutionary change, but rather step by step, with each clash between the apposing parties settled with a new compromise somewhat different from the previous settlement. In short, collective bargaining accomplishes long-run stability on the basis of day-to-day adjustments in relation between labor and management.

Collective bargaining may be viewed as a struggle between two opposing forces with the outcome depending on their relative strength. The inherent strength of each side is its ability to withstand a strike. This is partly an economic matter: To what extent can the union provide financial aid to the strikers? Can the workers find temporary jobs? How much will the employers sales be reduced? Will his position in the product market be permanently impaired? These are the economic factors on which the ability to withstand a strike depends. The ability to withstand a strike also depends on such non-economic factors as the loyalty of the workers to the union, their willingness to make personnel sacrifice to support its goals. The degree of loyalty, of course, is affected by the presence of factionalism within the union. For either the employer or the union, a belief that some basic principle is at stake, e.g. management right or union security, stiffens the will power of the antagonists. The compromise, then, is a temporary truce with neither side being completely satisfied with the results. Each would like to modify it at the earliest opportunity. Since the contract is always of limited duration, each begins immediately to prepare a new list of demands, including previously unsatisfied demands, and to build up its bargaining strength in anticipation of the next power skirmish.

Collective bargaining creates a system of industrial jurisprudence. It is a method of introducing civil rights into industry, that is of requiring that management be conducted by rule rather than by arbitrary decisions. It establishes rules which define and restrict the traditional authority exercised by employers over their employees, placing part of the authority under joint control by union and management. Finally collective bargaining must never stagnate if it is to serve its role of adapting labor and management institutions, and their relative power positions, to the changing socioeconomic environment.

2 thoughts on “Functions of Collective Bargaining”