The term bonus issue also called as stock dividend means an extra dividend paid to shareholders in a company from additional profits. When large fund gets accumulated out of profits of a company much beyond its expectations and needs, the company’s directors may decide to share out a part of it among the existent shareholders of company in the form of bonus. Bonus can be paid in two forms either in cash or in form of shares. The company pays cash bonus when it gains large amount of profits as well as cash to pay dividend. But many a times, it happens that a company is not in a position to pay bonus in cash though it has enough amounts of profits because of poor cash position or because of its unfavorable effects on the working capital of the company. In such a situation, the company pays a bonus to its shareholders in the form of shares; a free share thus issued is known as a bonus share. 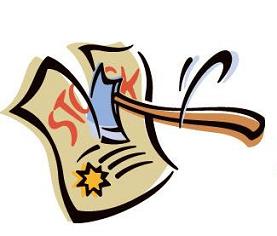 A bonus share is a free share of stock given to current/existing shareholders in a company, based upon the number of shares that the shareholder already owns at the time of announcement of the bonus. The important point here is, that the issue of bonus shares only increases the total number of shares issued and owned, but it does affect the value of the company at all.    In the wake of a bonus issue, the shareholders proportionate ownership remains unchanged. The book value per share, the Earnings Per Share (EPS) and the market price per share will decrease, but the number of shares (stock outstanding) will increase.

Certain classes of shares only are allowed to bonus issues and it depends on the constitutional documents of respected company.

Bonus share is free share in fixed ratio to the shareholders. For example ABC ltd. issues bonus share in 1:1 ratio where the dividend is 20% and Rs.10.00 as face value dividend/share this means that the company will be giving Rs. 2 of dividend per share and with bonus share it goes double i.e. Rs. 4 as one free share is given to shareholder based upon the number of shares he/she already has.

Sometimes a company may change the number of shares in issue by capitalizing its reserve. In other words, it can convert the right of the shareholders because each individual will hold the same proportion of the outstanding shares as before. Main reason for issuance is the price of the existing share has become unwieldy.

Advantages of Issue of Bonus Shares

Regulations for Issue of Bonus Shares

Issue of bonus share is a common feature and it takes place when the company accumulates a large surplus. This surplus is converted into capital and divided among members in proportion to their rights as fully paid bonus shares. Bonus issue is also known as capitalization issue as the purpose behind this is to capitalize profits which are available in the hands of the company after the distribution of profits as dividends to its shareholders.

The Companies Act, 1956 does not contain any provisions dealing with bonus shares, though it has made references to bonus issue in certain sections. Section 205(3) of the Companies Act, 1956 there is no prohibition on a company to capitalise its profits or reserves for the purpose of issuing fully paid-up bonus shares or paying up any amount, for the time being unpaid, on any shares held by the members of the company. Check whether the Articles of Association  of the company contains any restriction on capitalization of profits or reserves for issuing fully paid up bonus shares.

Regulations 96 & 97 of Table A to Schedule I of the Companies Act, 1956 contain provisions relating to capitalization of profits and reserves of the company. According to these regulations only the share premium account and the capital redemption reserve account shall be applied in the paying up of unissued shares to be issued to members of the  company  as  fully  paid  bonus  shares. Also the proposal to issue bonus shares has to be approved by the shareholders of the company in general meeting upon recommendation by the Board of Directors of the company However if these regulations have been excluded from the Articles of Association of the company then it shall be sufficient if the Board  approves  the  bonus  issue.

The important regulatory provisions governing the issue of bonus shares are as follows: