Mergers and acquisitions are strategic decisions leading to the maximization of a company’s growth by enhancing its production and marketing operations. They have become popular in the recent times because of the enhanced competition, breaking of trade barriers, free flow of capital across countries and globalization of business as a number of economies are being deregulated and integrated with other economies. A number of motives are attributed for the occurrence of mergers and acquisitions. 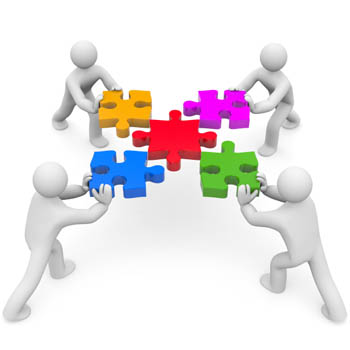 In this section, we consider a number of different motives for mergers and acquisitions.

Synergy implies a situation where the combined firm is more valuable than the sum of the individual combining firms. It is defined as ‘two plus two equal to five’ (2+2=5) phenomenon. Synergy refers to benefits other than those related to economies of scale. Operating economies are one form of synergy benefits. But apart from operating economies, synergy may also arise from enhanced managerial capabilities, creativity, innovativeness, R&D and market coverage capacity due to the complementarily of resources and skills and a widened horizon of opportunities.

A commonly stated motive for mergers and acquisitions is to achieve risk reduction through diversification. The extent, to which risk is reduced, depends upon on the correlation between the earnings of the merging entities. While negative correlation brings greater reduction in risk, positive correlation brings lesser reduction in risk. If investors can diversify on their own by buying stocks of companies which propose to merge, they do not derive any benefits from the proposed merger. Any investor who wants to reduce risk by diversifying between two companies, say, ABC Company and PQR Company, may simply buy the stocks of these two companies and merge them into a portfolio. The merger of these companies is not necessary for him to enjoy the benefits of diversification. As a matter of fact, his ‘home-made diversification give him far greater flexibility. He can contribute the stocks of ABC Company and PQR Company in any proportion he likes as he is not confronted with a ‘fixed’ proportion that result from the merger.

Thus, Diversification into new areas and new products can also be a motive for a firm to merge an other with it. A firm operating in North India, if merges with another firm operating primarily in South India, can definitely cover broader economic areas. Individually these firms could serve only a limited area. Moreover, products diversification resulting from merger can also help the new firm fighting the cyclical/seasonal fluctuations.  For example, firm A has a product line with a particular cyclical variations and firm B deals in product line with counter cyclical variations. Individually, the earnings of the two firms may fluctuate in line with the cyclical variations. However, if they merge, the cyclically prone earnings of firm A would be set off by the counter cyclically prone earnings of firm B. Smoothing out the earnings of a firm over the different phases of a cycle tends to reduce the risk associated with the firm.

Through the diversification effects, merger can produce benefits to all firms by reducing the variability of firm’s earnings. If firm A’s income generally rises when B’s income generally falls, and vice-a versa, the fluctuation of one will tend to set off the fluctuations of   the other, thus producing a relatively level pattern of combined earnings. Indeed, there will be some diversification effect as long as the two firm’s earnings are not perfectly correlated (both rising and falling together). This reduction in overall risk is particularly likely if the merged firms are in different lines of business.

Read More:  Reasons for the Increased Diversification by Business Firms

Growth is essential for sustaining the viability, dynamism and value-enhancing capability of company. A growth- oriented company is not only able to attract the most talented executives but it would also be able to retain them. Growing operations provide challenges and excitement to the executives as well as opportunities for their job enrichment and rapid career development. This helps to increase managerial efficiency. Other things being the same, growth leads to higher profits and increase in the shareholders value. A company can achieve its growth objective by:

A company may expand and/or diversify its markets internally or externally. If the company cannot grow internally due to lack of physical and managerial resources, it can grow externally by combining its operations with other companies through mergers and acquisitions. Mergers and acquisitions may help to accelerate the pace of a company’s growth in a convenient and inexpensive manner.

Internal growth requires that the company should develop its operating facilities-manufacturing, research, marketing etc. Internal development of facilities for growth also requires time. Thus, lack or inadequacy of resources and time needed for internal development constrains a company’s pace of growth. The company can acquire production facilities as well as other resources from outside through mergers and acquisitions. Specially, for entering in new products/markets, the company may lack technical skills and may require special marketing skills and/or a wide distribution network to access different segments of markets. The company can acquire existing company or companies with requisite infrastructure and skills and grow quickly.

Mergers and acquisitions, however, involve cost. External growth could be expensive if the company pays an excessive price for merger. Benefits should exceed the cost of acquisition for realizing a growth which adds value to shareholders. In practice, it has been found that the management of a number of acquiring companies paid an excessive price for acquisition to satisfy their urge for high growth and large size of their companies. It is necessary that price may be carefully determined and negotiated so that merger enhances the value of shareholders.

For example, RPG Group had a turnover of only Rs.80 crores in 1979. This has increased to about Rs. 5600 crores in 1996. This phenomenal growth was due to the acquisitions of a several companies by the RPG Group. Some of the companies acquired are Asian cables, ceat, Calcutta Electricity Supply and company, SAE etc.

A merger can increase the market share of the merged firm. The increased concentration or market share improves the profitability of the firm due to economies of scale. The bargaining power of the firm with labour, suppliers and buyers is also enhanced. The merged firm can also exploit technological breakthroughs against obsolescence and price wars. Thus, by limiting competition, the merged firm can earn super normal profit and strategically employ the surplus funds to further consolidate its position and improve its market power.

The acquisition of Universal Luggage by Blow Plast is an example of limiting competition to increase market power. Before the merger, the two companies were competing fiercely with each other leading to a severe price war and increased marketing costs. As a result of the merger, Blow Plast has obtained a strong hold on the market and now operates under near monopoly situation. Yet another example is the acquisition of Tomco by Hindustan Lever. Hindustan Lever at the time of merger was expected to control one-third of three million tonne soaps and detergents markets and thus, substantially reduce the threat of competition.

Merger is not only route to obtain market power. A firm can increase its market share through internal growth or ventures or strategic alliances. Also, it is not necessary that the increased market power of the merged firm will lead to efficiency and optimum allocation of resources. Market power   means undue concentration which could limit the choice of buyers as well as exploit suppliers and labour.

5. Purchase of Assets at Bargain Price

Mergers may be explained by the opportunity to acquire assets, particularly land, mined rights, plant and equipment at lower cost than would be incurred if they were purchased or constructed at current market prices. If market prices of many stocks have been considerably below the replacement cost of the assets they represent, expanding firm considering constructing plants developing mines, or buying equipment. Often it has found that the desired asset could be obtained cheaper by acquiring a firm that already owned and operated the asset. Risk could be reduced because the assets were already in place and an organization of people knew how to operate them and market their products.

Many of mergers can be financed by cash tender offers to the acquired firm’s shareholders at price substantially above the current market. Even, so, the assets can be acquired for less than their current cost of construction. The basic factor underlying this is that inflation in construction costs not fully reflected in stock prices because of high interest rates and limited optimism (or downright pessimism) by stock investors regarding future economic conditions.

Many mergers, particularly those of relatively small firms into large ones, occur when the acquired firm simply cannot finance its operations. This situation is typical in a small growing firm with expanding financial requirements. The firm has exhausted its bank credit and has virtually no access to long term debt or equity markets. Sometimes the small firms have encountered operating difficulty and the bank has served notice that its loans will not be renewed. In this type of situation, a large firm with sufficient cash and credit to finance the requirements of the smaller one probably can obtain a good situation by making a merger proposal to the small firm. The only alternative the small firm may have is to try to interest two or more larger firms in proposing merger to introduce completion into their bidding for the acquisition.

The smaller firm’s situation might not be so bleak. It may not be threatened by nonrenewable of a maturing loan. But its management may recognize that continued growth to capitalize on its markets will require financing beyond its means. Although its bargaining position will be better, the financial synergy of the acquiring firm’s strong financial capability may provide the impetus for the merger.

Sometimes the financing capability is possessed by the acquired firm. The acquisition of a cash rich firm whose operations have matured may provide additional financing to facilitate growth of the acquiring firm. In some cases, the acquiring firm may be able to recover all or part of the cost of acquiring the cash-rich firm when the merger is consummated and the cash then belongs to it.

A merger also may be based upon the simple fact that the combination will make two small firms with limited access to capital markets large enough to achieve that access on a reasonable basis. The improved financing capability provides the financial synergy.

2 thoughts on “Motives for Mergers and Acquisitions”