Pay, the financial facet of reward, is an important form in reward system; after all, it is the main reason why people work. In a pay system design, the fundamentally compensation policy issues are pay level, pay structure, and pay form. Pay level refers to pay position of an organisation compared with other competitors in labor market. In a word, it refers to ‘how much’ employees are paid. Organisations can lag, lead, or match the market. Pay structure refers to a framework within which an organisation sets different pay levels for jobs or groups of jobs. In some organisations, it presents as pay grades. Pay forms are methods of rewarding people for their efforts to the organisation and influence employee motivation and performance. 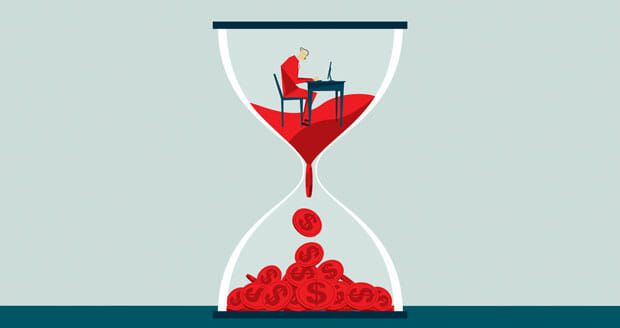 There are two types of pay – fixed pay and variable pay. Fixed pay is contractual compensation that regularly paid and does not vary according to performance or results achieved. Variable pay is contingent on performance or results with variable amount and usually discretionary. Fixed amount is to meet employees’ need for income stability, while the variable pay is to reward and stimulate great contributions. The fixed pay may be paid in different forms, such as basic salary, compensatory allowance, dearness allowance and house rent allowance. It is worth clarifying that although dearness allowance varies with the price index, it is a part of fixed pay as it is not linked to performance. Also, the variable pay can be paid in the forms of bonus, incentive, overtime, commission, and it can be linked to different performance indicators set by the organisations.

Base pay is fixed pay paid to employees for specific job responsibilities. Normally, employee base pay is determined with a range of forms when hired. For example: time based pay, service or seniority based pay, status position based pay, etc. Notwithstanding, employee’s base pay can be changed through his/her career in many ways. For example, changes in job, no matter promotion, demotion or lateral transfer. Because whatever promotion or demotion is accompanied with changes in duty assignment and job responsibilities, changes in job will lead to base pay changes. And, similarly, base pay can also be changed through adjust salaries based on their career ladder system. In order to establish the level of base pay, there are two methods- market pricing and job evaluation. Market pricing is based on the ‘going price’ for a certain job in the labor market, and job evaluation is a systematic process to establish pay structure.

On the contrary, variable pay is defined strictly as pay which does not become a permanent part of base pay. In today’s business world, variable pay is an increasingly popular method of compensation used by employers for its flexibility. Furthermore, variable pay facilitates employee- organisation partnership by linking the fortunes of both parties. Variable pay is sometimes referred to performance pay. Performance pay has various forms as: 1) performance-related pay bound up payment to performance. 2) Incentive pay refers to payments linked with the achievement of prior-set targets. 3) Commission is usually offered to sales people. 4) Team reward is to rewards to individual employees for their team work. 5) Merit pay is payments offered to distinguishing past performance. 6) Skill-based pay is offered to employees with skills and can use effectively. 7) Organisation performance pay is payment to employees based on the organisation’s profit.

In addition to base pay or performance pay, some employee benefits paid indirectly are also included in the total reward package, such as pension, health coverage, life insurance and social welfare programs.

Financial reward apparently influences extrinsic motivation, while non-financial reward enhances intrinsic motivation. Non-financial rewards have the forms of autonomy, civilized treatment, employer commitment, challenge, trust, and etc.. Extrinsic rewards can sometimes be more effective than monetary rewards because they are directly related to employees’ achievement and are less likely to be considered as unfair. Intrinsic rewards are more likely to affect employees in a longer-term because they are inherent.