Performance appraisal has been considered as a most significant and  indispensable tool for an organization, for the information it provides highly  useful in making decisions regarding various personal aspects at work place.  The performance appraisal activity is very much sensitive. It leads to very  positive side, if the system operated in a very systematic manner. The same  system also leads to destruction of the entire work lance, if proper care had not  been taken in the process of performance appraisal system. 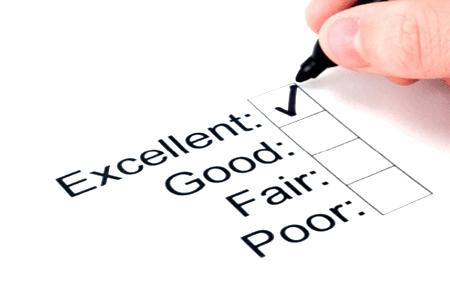 Traditional methods of performance appraisal  lay emphasis on the rating of the individual’s  personality traits, such as initiative, dependability, drive, creativity, integrity,  intelligence, leadership potential and so on.

It is the oldest and simplest method of performance  appraisal, by which the man and his performance are considered as an entity by  the rater. No attempt is made to fractionalize the ratee or his performance; the  ‘whole man’ is compared with the ‘whole man’. It involves raking all employees  according to job performance and commitment to the organization. It is the  oldest and simplest formal systematic method of performance appraisal in which  one employee is compared with all others for the purpose of pacing them in a  simple rank order of worth. The staff can be ranked from the highest to the  lowest or from the best to the worst. The relative position of each man is tested  in terms of his numerical rank. It may also be done by ranking a person on his  job performance against that of another member of a competitive group by  placing him as a number one or two or three in total group.  The greatest limitation of this method is that in practice it is very  difficult to compare a single individual with human beings having varying  behavior traits. The method only tells us how a man stands in relation to the  other s in the group but does not indicate how much better or worse he is than  another.

In this method, each employee is compared with  other employees on one — on — one basis, usually based on one trait only. The  rater is provided with a bunch of slips each containing a pair of names; the rater  puts a tick mark against the employee whom he considers the better of the two.  The number of times this employee is compared as better with others determines  his or her final ranking.

The rater is provided with a bunch of slips each containing a pair of names, the  rater puts a tick mark against the employee whom he considers the better of the  two. The number of times this employee is compared as better with others  determines his or her final ranking.  The result of these comparisons is tabulated and a rank is assigned to  each individual. This method is not suitable when a group is larger because, in  that case, the number of judgements becomes excessively large.

In this method, certain categories of worth are established in  advance and carefully defined. There can be three categories established from  employees: outstanding, satisfactory, and unsatisfactory. There can be more than  three grades. Employee performance is compared with grade definitions. The  employee is, then, allocated to the grade that best describes his or her  performance.

It is a common method, which uses either a numerical scale  (1-5) such as ‘poor’, ‘average’, ‘good’, ‘very good’, ‘superior’ or rate various  attributes of employee performance. This method is popular because it is easy to  construct; adaptable to a wide range of jobs and tasks, and easily understood by  raters and employees.

The basic purpose of utilizing check-list method is to ease  the evaluation burden upon the rater. In this method, a series of statements, i.e.,  questions with their answer in ‘yes’ or ‘no’ are prepared by the concerned  officials. The check-list is, then, presented to the rater to tick appropriate  answers relevant to the appraisee. Each question carries a weight age in prepare  the final scores for all appraisees based on all questions.

This method involves recording on-the-job behavior over a  period of time. The employee’s Officer keeps a ‘diary’ of examples of effective  and ineffective job performance. Thus the behaviour of the employees in terms  performance in different occasions are recorded and assessed and then used as  background to overall assessment.

This method was evolved by Tiffen to eliminate  the central tendency of rating most of the employees at a higher end of the scale.  The method assumes that employees’ performance level confirms to a normal  statistical distribution i.e.10, 20, 30, 20, and 10 per cent. This is useful for rating  a large number of employees’ job performance and promotability. It tends to  eliminate or reduce bias. It is also highly simple to understand and easy to apply  in apprising, performance of employees in organizations. It suffers from the  drawback that if all distribution grades improve similarly, no single grade would  rise in a rating.

The graphic rating scale is one of the most  popular and simplest techniques for appraising performance. It is also known as  linear rating scale. In this method, the printed appraisal form is used to appraise  each employee. The form lists traits such as quality and reliability and a range of  job performance characteristics from unsatisfactory to outstanding for each  traits. The rating is done on the basis of points on the continuum. The common  practice is to follow five point scales. The rater rates each appraisee by checking  the score that best describes his or her performance for each trait. At last, all  assigned values for the traits are then totalled.

It is the simplest one among various appraisal methods  available. In this method, the rater writes a narrative description on an  employee’s streghts, weaknesses, past performance, potential and suggestions  for improvement. Its positive points are that it is simple in use. It does not  required complex formats and extensive/specific  training to complete it.

When there is a reason to suspect rater’s biasedness or his  or her rating appears to be quite higher than others, these are neutralized with the  help of a review process. The review process is usually conducted by the  personnel officer in the HR department. The review process involves the  following activities: a) Identify areas of inter-rater disagreement, b) Help the  group arrive at a consensus and, c) Ensure that each rater connives of the  standard similarity. However, the process is a time-consuming one. The  supervisors generally resent what they considered the staff interference. Hence,  the method is not widely used.

It is the traditional way of appraising employees mainly  in the Government Departments. Evaluation is made by the immediate boss or  supervisor for giving effect to promotion and transfer. Usually a structured  format is devised to collect information on employee’s strengths, weakness,  intelligence, attitude, characteristics, attendance, and discipline and so on. Its  drawbacks include it is a subjective evaluation based on evaluator’s impression  about the appraisee rather than on facts and figures. As the feedback is not given  to the appraisee, the appraisal remains confined to evaluation than development.  Feedback, if any, is given only in case of adverse reports.