Where performance appraisal fails to work as well as it should, lack of support from the top levels of management is often cited as a major contributing reason. Opposition may be based on political motives, or more simply, on ignorance or disbelief in the effectiveness of the performance appraisal process. It is crucial that top management believe in the value of appraisal and expresses their visible commitment to it. Top managers are powerful role models for other managers and employees. 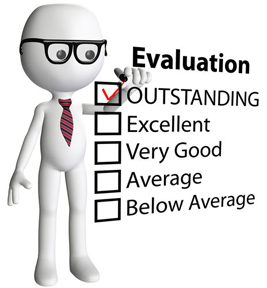 There is a stubborn suspicion among many appraisers that a poor appraisal result tends to reflect badly upon them also, since they are usually the employee’s supervisor. Many appraisers have a vested interest in making their subordinates “look good” on paper. When this problem exists (and it can be found in many organizations), it may point to a problem in the organization culture. The cause may be a culture that is intolerant of failure. In other words, appraisers may fear the possibility of repercussions – both for themselves and the appraisee.

Longneck (1989) argues that accuracy in performance appraisal is impossible to achieve, since people play social and political games, and they protect their own interests. “No savvy manager…”, says Longneck, “… is going to use the appraisal process to shoot himself or herself in the foot.” No matter what safeguards are in place, “… when you turn managers loose in the real world, they consciously fudge the numbers.” What Longneck is saying is that appraisers will, for all sorts of reasons, deliberately distort the evaluations that they give to employees.

Many people have a natural reluctance to “play judge” and create a permanent record which may affect an employee’s future career. This is the case especially where there may be a need to make negative appraisal remarks. Training in the techniques of constructive evaluation (such as self-auditing) may help. Appraisers need to recognize that problems left unchecked could ultimately cause more harm to an employee’s career than early detection and correction. Organizations might consider the confidential archiving of appraisal records more than, say, three years old.

Larson (1989) has described a social game played by poor performers. Many supervisors will recognize the game at once and may have been its victims. The game is called feedback seeking. It occurs where a poor performing employee regularly seeks informal praise from his or her supervisor at inappropriate moments.

Often the feedback-seeker will get the praise they want, since they choose the time and place to ask for it. In effect, they “ambush” the supervisor by seeking feedback at moments when the supervisor is unable or unprepared to give them a full and proper answer, or in settings that are inappropriate for a frank assessment. The game seems innocent enough until appraisal time comes around. Then the supervisor will find that the employee recalls, with perfect clarity, every casual word of praise ever spoken!

The aim of the game is that the feedback- seeker wants to deflect responsibility for their own poor performance. They also seek to bolster their appraisal rating by bringing in all the “evidence” of casual praise. Very often the feedback seeker will succeed in making the supervisor feel at least partly responsible. As a result, their appraisal result may be upgraded.

Was the supervisor partly responsible? Not really. The truth of the matter is that they have been “blackmailed” by a subtle social game. But like most social games, the play depends on the unconscious participation of both sides. Making supervisors aware of the game is usually sufficient to stop it. They must learn to say, when asked for casual praise, “I can’t talk about it now… but see me in my office later.”

The bane of any performance appraisal system is the appraiser who wants to “play it by ear”. Such attitudes should be actively discouraged by stressing the importance and technical challenge of good performance appraisal. Perhaps drawing their attention to the contents of this web site, for example, may help them to see the critical issues that must be considered.

Employees should participate with their supervisors in the creation of their own performance goals and development plans. Mutual agreement is a key to success. A plan wherein the employee feels some degree of ownership is more likely to be accepted than one that is imposed. This does not mean that employees do not desire guidance from their supervisor; indeed they very much do.

One of the most common mistakes in performance appraisal practice is to perceive appraisal as an isolated event rather than an ongoing process. Employees generally require more feedback, and more frequently, than can be provided in an annual appraisal. While it may not be necessary to conduct full appraisal sessions more than once or twice a year, performance management should be viewed as an ongoing process. Frequent mini-appraisals and feedback sessions will help ensure that employees receive the ongoing guidance, support and encouragement they need.

If appraisal is viewed as an isolated event, it is only natural that supervisors will come to view their responsibilities in the same way. Just as worrying, employees may come to see their own effort and commitment levels as something that needs a bit of a polish up in the month or two preceding appraisals.