International Human Resource Management (IHRM) involves ascertaining the corporate strategy of the company and assessing the corresponding human resource needs; determining the recruitment, staffing and organizational strategy; recruiting, inducting, training and developing and motivating the personnel; putting in place the performance appraisal and compensation plans and industrial relations strategy and the effective management of all these functions from an international perspective.

The strategic role of HRM is complex enough in a purely domestic firm, but it is more complex in an international business, where staffing, management development, performance evaluation, and compensation activities are’ complicated by profound differences between countries in labor markets, culture, legal systems, economic systems, and the like.

It is not enough that the people recruited fit the skill requirement, but it is equally important that they fit in to the organizational culture and the demand of the diverse environments in which the organization functions. 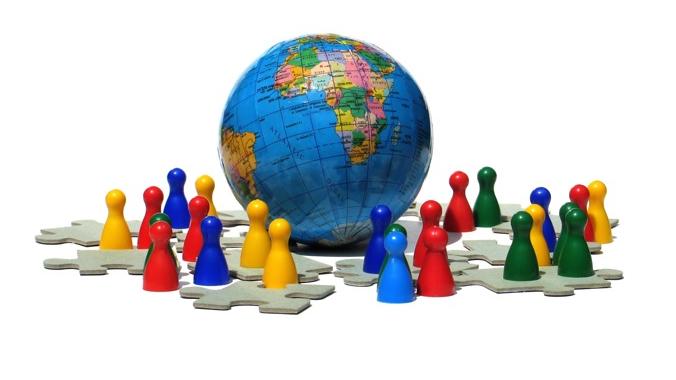 Today’s economy has globalized in which geographical boundaries of a country have only political relevance; the economic relevance has extended these. Today, the world is known as global village, a term that reflects the state of business in the world. The rise of multinational and transnational corporations has placed new requirements on HR managers. For instance, HR managers must ensure that the appropriate mix of employees in terms of knowledge, skills, and cultural adaptability is available to handle global assignments. A few decades ago, the concept of globalization was mainly discussed in theory. There was no pressing economic need to understand and appreciate the human implications of globalization. However, rapid globalization has compelled management researchers to explore the HRM implications of globalization. The result is the emergence of International Human Resource Management  (IHRM) which deals with how a global company can manage its human resources spread throughout the world.

Understanding of international perspective of HRM is required because of cultural diversity, workforce diversity, language diversity, and economic diversity.

Culture is one of the most important factors affecting HRM practices. However, when we consider international perspective of HRM, we find cultural diversity across the globe, that is, culture of two countries is not alike. Cultural diversity exists on following dimensions:

Workforce is the building block of any organization but there is workforce diversity in global companies. Based on their place of origin, employees of a typical global company can be divided into the following groups:

Further, workforce diversity can be seen in the context of employee mobility from one country to another country for performing jobs. On this basis, an employee can be put in one of the following categories:

Workforce diversity implies that various categories of employees not only bring their-skills and expertise but also their attitudes, motivation to work or not to work, feelings, and other personal characteristics. Managing such employees with pre-determined HRM practices may not be effective but contingency approach has to be adopted so that HRM practices become tailor-made.

Language is a medium of expression but employees coming from different countries have different languages. Though English is a very common language, it does not serve the purpose adequately as it does not cover the entire world. While employees coming from different countries may be encouraged to learn the language of the host country for better dissemination of the information, it does not become feasible in many cases. An alternative to this is to send multilingual communications. It implies that anything transmitted to employees should appear in more than one language to help the message get through. While there are no hard-and-fast rules in sending such messages, it appears safe to say that such a message should be transmitted in the languages the employees understand to ensure adequate coverage.

Economic diversity is expressed in terms of per capita income of different countries where a global company operates. Economic diversity is directly related to international compensation management, that is, paying wages/salaries and other financial compensation to employees located in different countries. One of the basic principles of paying to employees is that “there should be equity in paying to employees.” However, putting this principle in practice is difficult for a global company because its operations are located in different countries having different economic status. In such a situation, some kind of parity should be established based on the cost of living of host countries.