Television is believed to be the most authoritative, ideal, influential and exciting medium for advertising, because of its ability to combine visual images, sound, motion and color.

Television is not a homogenous medium and reaches a variety of audiences. It is a constant companion to some users, to others it is a source of news or occasional entertainment. It is a complex medium that occupies so much of audiences’ time and substantial amounts of advertising money. 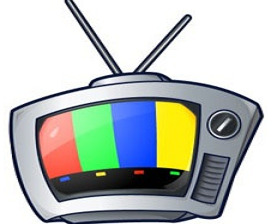 There is no strictly uniform method of buying TV time across countries. Television networks mainly function as suppliers of programmes to local stations. They sell commercial time to offset their costs of buying shows and pay a fee to stations to carry their programming.

Syndication: TV advertisers may also reach audiences by advertising on syndicated programmes which are distributed or sold on a station-by-station or market-by-market basis. Off-network syndication refers to shows which were run on networks and are subsequently bought and run by individual stations. First ­run syndication refers to those programmes that are specifically produced for syndication market. Off-network syndication programmes are very important to local stations as they provide quality shows with an established audience. Syndication is also important to studios that produce programmes and sell to networks. Advertiser supported or barter syndication refers to the practice of selling shows to stations, and in return getting a portion of commercial time in the show with or without some cash payment. The commercial time so gained is sold to national advertisers. The station sells its own portion of time to local and spot advertisers. The audience for such shows is generally rural, and older.

Sponsorship: Under this arrangement, advertisers sponsor the shows produced by independent production studios and sold to networks or produced by the networks themselves.   There are a number of reasons why advertisers sponsor shows on television. Sponsorship allows the advertiser to take advantage of the prestige associated with a high quality programme, benefiting the image of the company and its products. By sponsoring a programme, the advertiser gets more control over the number, placement and contents of its commercials. The high costs of sole sponsorship limit the use of this option to very large spenders only.

Participation: Airtime on TV is quite expensive and most advertisers cannot afford the costs associated with sole sponsorship. Most of the network advertising time is sold on participation basis and several advertisers buy commercial time or spots on a particular programme. Advertisers have no financial responsibility for programme production costs which are borne by the network or the individual station that sells and controls the commercial time. This is particularly advantageous to small budget advertisers. Even larger advertisers do not have long-term commitment to a programme and can spread their budget over a number of programmes. The disadvantage of this system is that the advertiser may face the problems of availability of spot and any control over the ad placement, because preferential treatment is given to those who commit to numerous spots. Another disadvantage of participation is that when there are too many sponsors, to save on time, the announcer starts rapidly firing the names of different sponsoring advertisers. In such a situation, the confused viewers, probably miss almost all the names.