In 1947, Edward C. Tolman at the University of  California at Berkeley,  was doing experiments demonstrating that complex internal cognitive activity occurred even in rats and that these mental processes could be studied without the necessity of observing them directly.  He proposed that rats  have a cognitive map; that ‘in the course of learning,something like a field map of the environment gets established in the rat’s brain… And it is this tentative map,  indicating routes and paths and environmental relationships, which finally determines what responses, if any, the  animal will finally release.’ [Tolman, 1948, p 192] Due to the significance of his work, Tolman is considered to be the founder of a school of thought about learning that is today called cognitive-behaviorism. 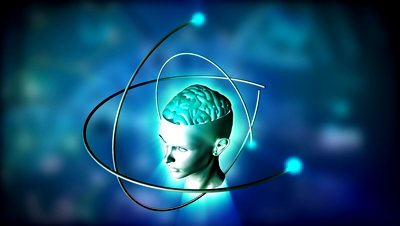 A cognitive map in the trivial sense is whatever mental or neural mechanism enables an animal to navigate. On this usage, it is tautologous that animals capable of navigation have cognitive maps. A cognitive map in the loose sense is a mental representation that represents geometric aspects of the environment. These aspects might be topological (e.g. connectedness, adjacency, or containment), affine (e.g. collinear or parallel), metric (e.g. distances and angles), and so on.

Cognitive mapping is defined as “a process composed of a series of psychological transformations by which an individual acquires, stores, recalls, and decodes information about the relative locations and attributes of the phenomena in his everyday  spatial environment” – [Downs & Stea, 1973: 7]

Cognitive mapping is a set of techniques for studying and recording people’s  perceptions about their environment. These perceptions are recorded graphically in the form of  a “mental map” that shows concepts and relationships between concepts. The process of cognitive mapping is a means of structuring, interpreting, and coping with complex sets of information that exist in different environments. These environments include not only the observable physical environment, but also memories of environments experienced in the past, and the many and varied social, cultural, political, economic, and other environments that have impinged both on those past memories and on our current experiences. The nature, structure, and content of these many environments also influence our expectations whether these be in terms of immediate shortrun expectations that are essential to the more frequent episodes  of our daily activity patterns (e.g., route selection in a daily trip to work or shopping), or those less-frequent episodes with greater temporal intervals between their occurrences (e.g., annual holidays).  The end product of a cognitive mapping process is called a cognitive map. Cognitive maps thus represent information about environments that are either known to exist or are imagined but not necessarily present. Any given map, therefore, may be a mixture of information received at quite disparate time periods, and at any particular point in time may be incomplete, more or less schematized, or distorted, and may contain fictional or hypothetical information, or relics of the past which no longer exist.

The fundamental importance of an effective cognitive map is that it allows two questions to be answered quickly and efficiently: Where is that? How do I get to there from here? Thus human spatial behavior relies upon and is determined by the individual’s cognitive map of the surrounding environment. In addition, the perception of the environment itself is always guided by some sort of cognitive map, so an inaccurate or incomplete cognitive map leads to disorientation and confusion.

The term “cognitive map” has been used to describe several forms of diagrammatic representation of an individual’s cognitions. Causal map is one such form of cognitive maps which are essentially network representation of beliefs of individuals. The networks have nodes representing concepts, and arcs representing directional relationships between these nodes. The maps are a network of nodes and arrows as links, where the direction of the arrow implies believed causality. Cognitive mapping techniques consist  of three major steps: (1) eliciting concepts, (2) defining concepts, and (3) identifying assertions that  concepts are connected by causal relationships.

Cognitive maps are characterized by an hierarchical structure which is most often in the form of  a means/ends graph with goal type statements at  the top of the hierarchy. However the hierarchical  form of a map is often informed by some circularity in which a chain of means and ends loops  back on itself. In  eï¬€ect everything which is a part of a circular  structure is of the same hierarchical status and so if  collapsed to a single node describing the feedback  loop, the general form of the remaining cognitive  map can still be said to be hierarchical.  For representational purposes a cognitive map is  usually drawn as short pieces of text linked with  unidirectional arrows to link them. In the general  case, a statement at the tail of an arrow is taken to  cause, or inï¬‚uence, the statement at the arrowhead.  Thus, in cognitive mapping we seek  to identify each statement (node) as having two  contrasting poles. For  cognitive maps the causality relates the ï¬rst phrase  of the bi-polar statement to the ï¬rst phrase of the  second statement. When an arrow head is shown  with a negative (-ve) sign attached then the ï¬rst  pole of the tail statement implies the second pole of  the head statement. For positive relationships plus sign may or may not be attached. This representation is also referred as signed directed graph. Typically a node (or concept)  which has no implication (out-arrows) is referred to  as a head, and a node which has no in-arrows is  referred to as a tail. The node which has the highest total of incoming and outgoing arrows is the most central element of the map.  Heads will usually be goal type statements –  expressions of desired or not-desired outcomes, and  tails will be options.  When goals are expressed as not-desired outcomes, sometimes indicating disasters to be avoided at all costs, they are referred to as  negative-goals. Usually the map will contain more  goal statements than those shown by heads, and  more options than those shown by tails.