Initially the motivation behind the branding of Intel Inside was to establish the company by name and identify the high performance products that were used inside the computer with the company. This was in an effort to create an image for a company which often was subjected to behind the scenes and specific industry awareness, but wanted to establish it’s brand presence to the general public. Intel created a consumer brand to make sense of the rapidly changing computer cycles. The technology giant had already established a reputation as a quality brand throughout the technology world, however, their aim was to spread awareness and create a positive image for themselves in the public eye.

The success of Intel can be attributed to many factors over their rise to the top of the technology world. First, they established a co-op advertising program to start attracting original equipment manufacturers and place their products in mass produced PC’s. Intel was able to gain this advantage by paying for the advertising for their partner company’s advertising in return for the Intel logo being on product. In addition, the technology company used unique and technologically advanced advertisement campaigns, such as the measles ad, Star Wars commercials, and an audio jingle that they attached to all of their advertising and branding campaigns which helped to create a familiarity among consumers and set the company apart from other competitors. Because of all of this Intel’s microprocessor became an integral part of the PC in the eyes of the consumer and enabled them to gain a competitive advantage on price, performance, and research and development.

The major problem faced by Intel was the competition from other microprocessor manufacturers, who were producing chips which took aim at a cheaper computer market which Intel had not yet tapped into. Not helping the situation was the rising price of manufacturing the actual microprocessor chips and the cost of building new wafer fabrication facilities. Also, AMD which is one of Intel’s main competitors has taken legal action against the company and claims that Intel had tried to prevent consumers from purchasing and using AMD products. In today’s rapidly changing technology market it also becomes increasingly difficult for Intel to stay ahead of the curve and consistently have the fastest, best, and most diversified products with the resources becoming more widely affordable and accessible.

The core values of the Intel brand are its emphasis on leading technology and safety.  Although their step into a more bold and creative advertising effort has succeeded, their brand image has remained the same and their core values have been constant all along. As we have seen recently, Intel has begun to use controversial ads like The Blue Man Group for their Pentium 4 processor and their “Alien” series of commercials. Ann Lewnes, a high ranking member of the Intel team, said herself, “If no one thinks a campaign is crazy, then maybe we haven’t gone far enough.” 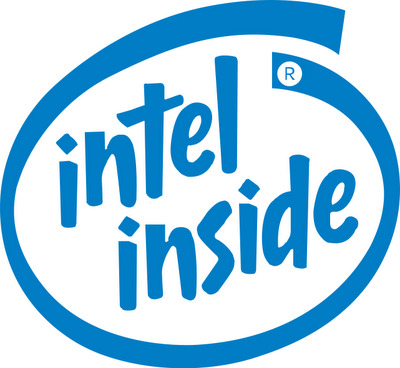 To illustrate the value of the Intel Inside logo to consumers, we can look at the growth in Intel’s market capitalization. In 1991, before the start of the “Intel Inside” branding program, Intel’s market capitalization was about a billion. By 2003, after the campaign was implemented, its capitalization had reached about 5 billion. This growth of shareholder value illustrates the power of Intel’s branding strategy. Some other key statistics demonstrating its value include: In 1992, the first year of “Intel Inside” campaign, worldwide sales rose 63%. Awareness of the Intel logo amongst European PC purchasers grew from 24% at the start of “Intel Inside” campaign in 1991, to 94% by 1995 and in 2001, Intel was listed as the sixth most valuable brand in the world.

It would be wise for Intel to extend their technology and services to other products. At the time of the case study the sales and production of computer were stagnating, as PDA’s and cell phones were on the rise. The figures today would reflect the same trend and creates a great opportunity for Intel to use their band equity from the computer market and translate that into the cell phone and PDA. If Intel were to capitalize on this they could maintain their presence in the PC market while extending their reach to alternate markets and improve their company.