A key tradeoff associated with a differentiation strategy, although creating a high perceived value of the brand, is the implementation of a high-cost structure. A high-cost structure demands that consumers pay premium prices for its products, which can be unattractive to some. It is near impossible to provide a low-cost yet differentiated product to consumers, therefore Pfizer has chosen to “trade” the idea of a low-cost product for the differentiation they provide. Another tradeoff associated with differentiation is its need for customer loyalty. Companies such as Pfizer that choose a broad differentiation strategy use their customer loyalty to protect themselves against competitors. Pfizer is able to use its marketing and consumer-directed promotions to advertise new, expensive prescription drugs that have the potential to increase revenue and gain a loyal customer base. Pfizer uses its value innovation to push outward on the efficiency frontier curve. Because Pfizer seeks high differentiation with high costs, it can be found on the top left of the efficiency frontier graph.

Pfizer has chosen a broad differentiation business-level strategy, which means that they do not target anyone segment or market. Their “target market” can simply be defined by those individuals that are in need of the drug products they provide. Moving forward, there are recommendations that could be made to improve Pfizer’s business-level strategy. For example, the first recommendation would be to continue to build on its positive brand image without allowing its brand identity to be lost through its various product-line extensions. Additionally, a second recommendation to Pfizer’s business-level strategy would be to ensure that the prices of its differentiated products do not become too high that consumers are unable to purchase them. Although a high-cost structure is inevitable when it comes to broad differentiation, products priced too extremely high will not sell, and consumers may resort to purchasing from competitors. 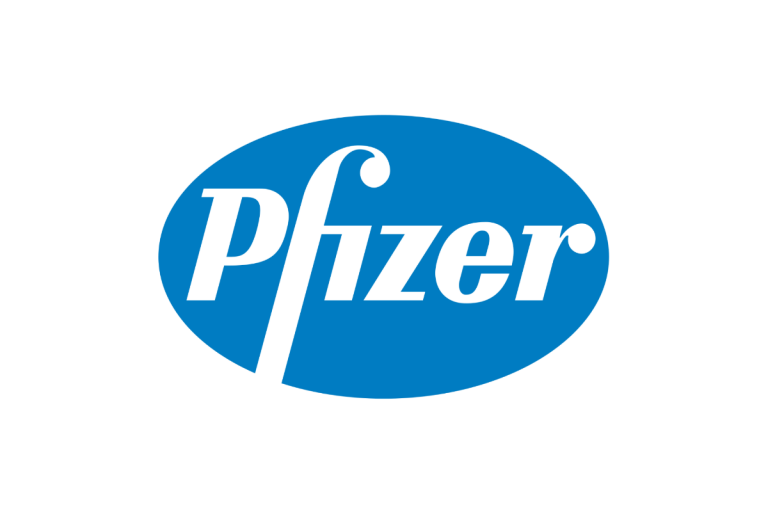 Pfizer is involved in corporate-related diversification through two major business segments; innovative health and essential health. As of 2018, Pfizer Innovative Health and Pfizer Essential Health account for approximately $33.4 billion dollars and $20.2 billion dollars in revenue, respectively. These business segments are closely linked and neither segment is dominant, meaning that Pfizer’s diversification can be defined as related constrained.

Pfizer’s most critical corporate-level strategy is horizontal integration. Some beneficial advantages of horizontal integration for Pfizer include a lower cost structure, which makes realizing economies of scale more attainable, as well as reduced resource duplication. Additional advantages are increased differentiation and innovation, cross-selling and bundling, reduced rivalry, and a decrease in the bargaining power of buyers and suppliers. On the other hand, disadvantages to horizontal integration can be the difficulty of implementing new leaders or company ideals and conflicts with the Federal Trade Commission.

Corporate level strategy suggestions for Pfizer are as follows: create corporate synergy by sharing best practices with its acquired companies and continue to capitalize on the opportunity to increase differentiation and innovation through patent acquisitions. If Pfizer is able to share activities, especially its company’s best practices, a decrease in fixed costs are likely to occur. Exploiting the benefit of increased differentiation and innovation that comes with the acquisition of pharmaceutical patents is huge, especially for the pharmaceutical industry. Pfizer should continue to horizontally integrate and acquire its competitors along with their patents.

Pfizer sells its products in more than 125 countries worldwide, has 58 manufacturing sites worldwide, approximately 92,400 employees globally and owns 470 subsidiaries (340 of which are located outside of the United States). Pfizer can be considered a global company with a total of 11 countries outside of the United States producing more than $500 million dollars in revenue. Pfizer has expanded globally in an effort to increase its profitability and growth. Pfizer has done so through market seeking due to a mature industry, efficiency-seeking, and resource seeking.

As a global company, Pfizer faces pressure to reduce its cost as well as respond to its local markets. Within the 125 countries Pfizer sells its products, the company must be aware of local communities, laws, and needs to which it should respond. A conflicting pressure that Pfizer also faces is the pressure to reduce its costs. Pfizer handles its pressure for cost reduction by mass-producing its generic drugs, driving down costs. Although both global pressures are high, the pressure for local responsiveness is more prevalent than the pressure for cost reduction. In order to handle two simultaneous high pressures, Pfizer has globalized using a transnational strategy, where VRIN resources are achieved in each country.

The first international level strategy recommendation for Pfizer would be to use each country’s specific local knowledge to customize its products to the needs of the local markets. This can be done by allowing the subsidiary managers to have substantial control over decision-making while still sharing information and resources with the parent company. Another recommendation to be made is to achieve economies of scale in each location. The need for location economies with a transnational strategy is critical in handling both pressures.