Organizational culture is the set of values that states what an organization stands for, how it operates and what it considers important.  Edgar  H.  Schein  defines organizational culture as the pattern of basic assumptions that a given group has invented, discovered and developed while learning to cope with its problems of external adaptation and internal integration. 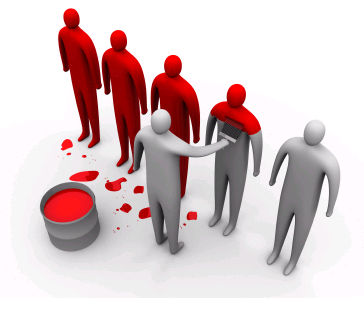 Culture is the knowledge used by people to interpret experiences, set priorities and guide their behavior. The beliefs and values of employees form the core of organizational culture. Culture is acquired by learning and experience. Culture is shaped by various organizational influences. For example, in some companies, employees are encouraged to take risk, while in others, playing safe is the accepted norm. In some companies, the work environment may be very informal with people operating on a first name basis, while in others, it can be very formal with great importance being attached to seniority, designation, etc. Some cultures lay a premium on getting the work done while others attach equal if not more importance to how the work is done.

The organizational culture is the general term for organizations of all members of the commonly accepted values, codes of conduct, team spirit, way of thinking, work style, psychological expectations and feelings of belonging sense of community.

About the concept of corporate culture, there are many different understanding and expression:

Culture plays a very significant role in any organization by communicating information about the overall acceptable and unacceptable behavior. Culture communicates whether the organization expects its managers to be aggressive or conservative in decisions-making, generous or moderate in supporting social causes and ruthless or kind in competitive dealings.

Some organizations have clear, strong and well-defined culture whereas: others have ambiguous, weak and poorly defined cultures. Most managers agree that a strong and clear culture is preferable to weak and vague culture because it helps to provide a common frame of reference for managerial decision-making and a wide variety of other organizational activities.

Once successfully made, changes in the organizational culture will be as stable as the old culture was. However, any organization willing to change its culture must realize that such a change is never easy and cannot be brought about simply by ordering employees.

In the fast food industry, quality control and standardization are very important. But as McDonald’s grew, founder Ray Kroc made extensive use of output control and behavior control to standardize both outputs and employee behaviors at the firm’s thousands of franchises. He established a comprehensive system of rules and procedures, and then trained managers in their use. Kroc used the franchising system itself as a form of control because, when the managers are the owners, the agency problems are solved, and they are more motivated to control quality. In addition, McDonald’s values are taught to employees and norms are strictly enforced by supervisors. McDonald’s includes even customers in its culture by offering family-friendly products and services.

Hint:  This case study explains how McDonald’s culture is taught to workers and managers, how it was influenced by the founder’s values, and how it has become part of American culture, so that virtually every customer could explain the McDonald’s values.