Proprietary software can be defined as closed software that is distributed under a license agreement that limits any modifications to the software. Its just opposite to the concept of Open source software. Open source software can be defined as software that is distributed freely under a license agreement with no limitations on changes made to the source code. 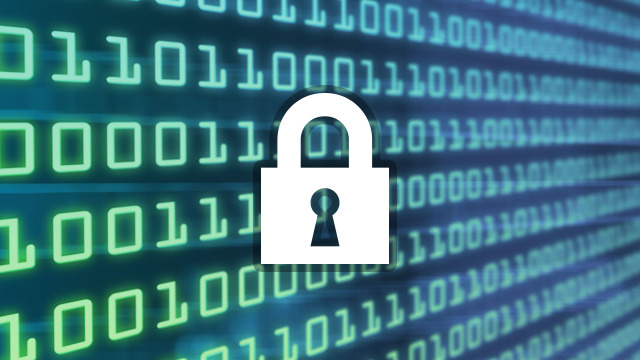 Licensing is a means by which propriety software corporations recover their costs for software innovation, software maintenance, training, and support. Licensing can cost from hundreds to hundreds of thousands of dollars. This will depend mainly on the involvement of the software. The license has a base fee, but the majority of it is made of support and training fees. Software corporations like Microsoft and Apple have a strong reputation and when users pay for their brand, they know that the quality of software that is being purchased is worth the investment. Users pay for software from trusted brand name corporations that is adapted to their needs and that includes reliable security, consistent functionality, growing innovation, scalability, software support/training, and more user friendly. For those users that cannot afford the licensing fees of propriety software, the free cost of open source software is more appealing. Even more so if the structure of the corporation has the means to support, train, and implement in house. This would be lesser cost to the corporation. A big challenge for open source software it that it necessitates distinctive levels of technical knowledge in order to manage the software. It is very important for corporations to analyze the expenses sustained once the software is deployed. It may be significant unless resources have already been established to manage the software. Continuing expenses include the cost of deployment, improvement, costs incurred agonizing over service/support problems, and the costs related with investment in system architecture due to the difficult challenge of determining growth (assuming the corporation will evolve and design and will therefore have growing requirements). Open source software venders are progressively charging for add-ons, support services and implementation. In some cases, the total cost for some open source software may equal to some proprietary alternatives.

Proprietary software vendors do not enable users to view or change source code. Some may view this as a disadvantage, but it guarantees the security and dependability of the software. Additionally, several proprietary software vendors provide users that have specific needs with personalized applications that offer more flexibility while spending more in Research and Development to facilitate periodic offerings of new software and upgrades. Furthermore, proprietary software vendors have user networks online that produce results by sharing thoughts, techniques and better methods through response systems such as forums and blogs, which also promote new ideas and enables the software to adjust with changes in residential, commercial, educational and governmental environments. Any new ideas are fully tested and deployed to all users of the proprietary software. It does not necessitate a venture in Research and Development or the technical knowledge of source code. Help with deployment is usually included with the software package. Since proprietary vendors must assure users that their software will not become unessential, users will benefit from the investment risks in Research and Development. Proprietary vendors are normally focused more on business than on technology. Open source software generates new ideas by offering users the freedom and elasticity to mold software to meet their needs, without any limitations. But, new ideas may or may not be communicated with all users of the open source software. It is a developer’s right to share any new ideas with any open source user networks. It has been questioned whether personalized modifications to original source code restricts the growth of the software, as these can result in versions of software that may have unsolvable problems and no expertise to help. It is important to note that open source software vendors have a hard time attracting major Research and Development entities.

Proprietary software usually has very extensive user testing. The software is targeted to specific users and is usually customized. Software’s usability is a very vital aspect in software development. Documented user manuals are offered by proprietary vendors. This allows quicker training and offers a faster reference, allowing users learn more rapidly. Software support consists of tutorials, specialized training courses, and widespread support to assist increasing software usage. While several users define proprietary software as ‘closed’, current proprietary software provides various assortments of tools for improvement by third party vendors and developers. Open source software does not have a favorable reputation in usability. This is mainly in part because open source technology is not test by usability specialists and is not specialized for the immense majority of computer users. Open source software is centered more on the developer than the user. Without software knowledge or the experience required to modify programming languages, usage of the software and capability to fix issues that arise is often restricted to individuals with technical know-how. Additionally, open source software does not oblige developers to document source code to create user manuals or guides. When documentation is offered, it generally, consists of assumed jargon, hampering the learning of the software. When sufficient documentation if not provided, users must depend on other resources such as user networks on the Internet, assuming users are able to find them and the issue is one that other users have dealt with or are willing to help solve. These problems are deterrents, but are not impossible.

Proprietary software is seen as more secure because it is designed in an environment that is controlled by a specialized team of developers with a common goal. The source code may be tested and modified by this team only, and is heavily analyzed, decreasing the possibility of viruses that are outside of the team’s environment and reducing the potential for any errors with the software. Open source software is seen as having security problems. Corporate executives and technology decision makers of big corporations are worried about the security of open source software. Open source software is not always designed in a controlled setting. While the bigger open source venders have a specialized development team, most of the time the software is developed by developers all over the world who may not work on the software for the period of its development life cycle. Any shortage of consistency and common goals can cause problems that affect communication in development of the software. Open source software is not always examined by peers or verified for usage. While users are free to analyze and validate source code, the skill of expertise needed means that there is a strong possibility that a malicious developer will code a virus to obtain personal and confidential information without users ever be aware. If open source venders work reputable developers or a highly collaborative development team supported by knowledgeable user networks, any potential risks are significantly reduced.