Technology is a new variable in the equation of economic relations. Traditional  theories of international business assumes that all nations have equal access to technology and, therefore,  that there is no need to transfer technology from one county to another. Recent  research findings have invalidated this assumption. In addition, they point to  technology differences as primary cause of international inequalities in  economic achievements. To reduce the inequalities, technology capabilities of  the backward nations must be strengthened. The quickest way to do so is to  transfer technology from the developed to the developing nations.

Technology is any device or process used for productive purposes. In its  broadest sense, it is the sum of the ways in which a given group provides itself  with good and services, the group being a nation, an industry, or a single firm.  There is a fundamental characteristic of technology that demands clear  recognition. Q unites unlike commodities and capital, technology is not depleted  or its supply diminished when it is transferred or used. It is usable but not  consumable. Once created, technology is inexhaustible until it becomes  obsolete. Therefore; export of technology need not cause the source country to  reduce its use of the technology. Indirectly, a decline may result if the recipient  country creates an industry large to change the global supply and demand  equilibrium of the goods produced by the technology involved. For most  technology sought by the developing nations this is not the case. 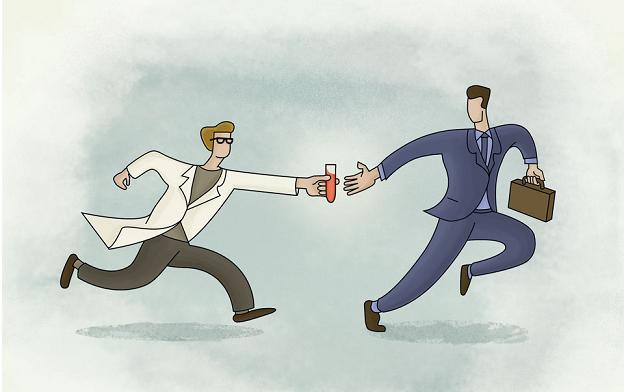 Contrary to the classical assumption, technology is not a free good but a  valuable property, nor is it evenly distributed around the globe. The supply  schedules differ widely from country to country. To obtain new technology, a  nation has three alternatives:

For most Least Developed Countries (LDCs), home production of technology is often uneconomic. Since  much of what they are seeking already exists in the industrially advanced areas,  they can fill their needs by importation. Normally, the importation can be  effected at savings over the domestic cost of research and development (R&D).  R&D expenditures devoted to projects duplicating existing know-how are  obviously wasteful. Thus, economic rationale requires that LDCs concentrate  their home production of new technology on any unusual requirements that  cannot be met from import sources.

At the macro and micro levels, nations people, and organizations increasingly  depend on technology for prosperity and quality of life.  The competitive edge of an individual firm vastly depends on technology. One  of the means of acquiring technology is through its transfer.

Since technology defies delineation as a discrete variable, the analysis of its  transfer is encumbered by such other factors as capital investments, economic  organization, labor resources, entrepreneurship, and even en sociocultural  systems. Lacking  dis-aggregated  data, different analysts have used different  composites as  proxies  for data on technology flows. Many economists treat direct  foreign investments and licensing agreements as synonymous with  international  technology transfers. Others tabulate scientific and professional conferences,  technical assistance programs, exchanges of educators and students, plus many  other kinds of information flows. Obviously, all of these have some technology  content, but few are pure technology.

Non proprietary technology can be transferred from one country to another in  any number of ways. Technology in pure from can be imported if the transferee  possesses the capacities to collect and employ it. LDCs many rely on indigenous  enterprises or on foreign firms to do the importing. Since LDCs often lack  indigenous firms who can affect the transfer, they rely heavily on foreign  consultants.  Another way for an LDC to obtain  non-proprietary  is by importing the hardware  required and then either implementing a training program for its use or  dispatching managerial personnel to study how to use the hardware. Experience  tends to favor home-based training programs, initially with expatriate instructors  from developed countries and later with indigenous instructors, over the  alternative of sending people from LDCs to learn abroad. The advantage is  twofold:

An LDC’s access to proprietary technology is far more complicated. To acquire  embodied technology it must attract direct investments by the desired industry.  The direct cost of such acquisition is any special incentives that the country is  required to offer to interest the potential investor, who may have more profitable  investment alternatives elsewhere. If the incentives offered exceed the investor’s  opportunity cost of forgoing its other alternative, parties, the LDC and the  multinational corporation (MNC), benefit. The LDC has no concrete way of  assessing data and the MNC’s opportunity cost, it lack both the necessary data  and the expertise. This gives the MNC a strategic bargaining advantage and  wide latitude for its demands for incentives.

Proprietary technology that are readily for sale can be transferred by exporting  turnkey projects, licensing patents or trademarks, selling formulas or blueprints,  organizing training programs, or dispatching experts. The choice depends  again on the seller’s preference-which serves the MNC’s objectives best. Owner  willingness to sell proprietary technologies varies widely. Some technologies,  such as that of the latest IBM computers or coca-cola syrup, are absolutely  nonnegotiable. At the other extreme are the so-called sheleved technologies, for  which their owners are anxious to find any takers at all.  The shelved technologies are mainly by-products of corporate R & D activities.  For example, in the process of seeking improvements in aircraft and spacecraft  technologies, Boeing researchers have discovered numerous patentable  techniques and compounds for which the company has no anticipated use.

LDCs’ comparative technology deficiencies require access to technologies that  belong to private firms. The governments of developed nations can facilitate the  international transactional transfer process. But they cannot force the transfer to  take place without expropriating private property. LDCs’ requests for treaty  obligations or other official commitments by industrial national to guarantee an  expeditious and an expeditious and inexpensive transfer of technology is,  therefore, largely a misdirected rhetoric.

Any manufacturing process can usually set up using alternative configurations  of equipment. In selecting the optimal equipment configuration, we must look  beyond the general goals of low cost and high productivity and consider each  configuration’s demands for labor skills and attitudes, supervision, industrial  engineering for tools and manufacturing techniques, materials and supplies,  maintenance, product scheduling, inventory controls, and quality control  procedures. Each of these ingredients is directly affected by the environment.  The economic environment affects costs and availability of workers; the  political environment establishes what is acceptable for a plant to make and  how. Thus, it is imperative that a technical strategy be derived in part from a  realistic assessment of the total environment in which it is to operate.

The technology supply of LDCs is powerfully influenced by the policies of  public authorities. Some groups in developing countries oppose technology  imports and insist on indigenous production of new technology. They argue that  since technology and growth are closely linked, those nations who are behind in  the production of technology are destined to perpetual backwardness. This is  false reasoning.  As high technology applications – automation, computerization, and robotics –  are replacing many traditional factory systems in industrial countries, much old  equipment is surpluses as economically obsolete, though physically intact. Many  LDCs’ needs for industrial systems can be met by utilizing this technological  slack. Indeed, a number of multinationals have already affected transfers of  entire factories to their affiliates in LDCs. Automobiles, trucks, refrigerators,  shoes, pharmaceuticals, and metal fabrication head the list, but there are more  and more others. Such they benefit the multinationals by extending the  productive life of their capital assets.

Parties Involved in the  Technology  Transfer

In general, the various elements may be categorized as (i) home country, (ii)host  country ,and (iii)the transaction.

Home countries express apprehensions about the export of their technology,  they have reasons to oppose the export of technology .They argue that the  established of production facilitates by MNCs in subsidiaries abroad decreases  their export potential. Additionally, they claim, because some of the MNCs  imports stem from their subsidiaries, the volume of imports of the home  country tends to increase. Given the decrease in exports and increase in imports,  the balance of trade tends to be adverse to be adverse to the home country.  Besides technology transfer tends to affect adversely comparative advantages of  the country.  Labor  unions in the home country too oppose technology transfer  on the ground that the jobs generated from the new technology will benefit the  country citizens.

More serious are the reactions of the host country to transfer. The subject of  technology transfers is highly sensitive, often evoking strong reservations  against it from the country citizens. The criticisms against technology transfer  are based on economic and social factors.

This element focuses on the nitty-gritties of the transfer. The issues here relate to  the terms and conditions of technology transfer.