Nintendo was founded in Kyoto, Japan, in 1889 under the name of Nintendo Koppai by  Fusajiro Yamauchi. They made decks of playing cards, known as Hanafuda,  in Japan. The cards were made by hand originally and became very popular. As demand soared,  Yamauchi hired assistants to mass-produce his cards and he opened up a second shop in Osaka.  Nintendo took off as one of the largest card makers in the world and maintained that status until the 1950’s.  In 1963, Nintendo Playing Card Co. became, simply, Nintendo Co. Hiroshi Yamauchi,  unimpressed with the limitations of the playing card industry, began to seek out other ventures.  Their line of Disney themed cards had given the company a large cash injection, and risks could  be taken. In the short period between 1963 and 1968, Nintendo opened and shut down  unsuccessful ventures ranging from love hotels to taxi services to a TV network. They attempted  to enter into the toy market in 1966, but lacked the ability to keep up with the quick turnover  required and were outmatched by already established companies such as Bandai.

Finally, in the early 1970’s Nintendo saw some success with family entertainment. They  created a line of arcade games with the new light gun technology. While their larger arcade  ventures had  to be shut down due to the global oil crisis and recession of the early 70’s, Nintendo  saw promise in the emerging arcade and home entertainment market.  Starting with the rights to distribute the Magnavox Odyssey in 1974, Nintendo broke into  the video game industry, slowly. Three years later, the first Nintendo system was developed and  produced, the Color TV Game. Each version of the console featured a different subset of games  and was mildly successful at the time. It was at this time that Shigeru Miyamoto was hired by  Nintendo as a product designer. Though they didn’t know it from  the start, Miyamoto would be the designer and developer for some of the most iconic and  popular video game characters that exist today.

The 1980’s finally came around, and the era of Nintendo began. The first  handheld system released by Nintendo, called the Game & Watch, was released in 1980. It was a  worldwide success. A few years later, in 1983, the Famicom was released in Japan. Two years  later it was released in North America under a new name, the Nintendo Entertainment System, or    NES. Coupled with the original NES was the instant hit, Super Mario Bros, which is still one of  the bestselling video games of all time.  The success of the NES is what laid the foundation for Nintendo today. After the NES’s release, Nintendo developed and launched the Game Boy. The Game  Boy is still the best selling handheld console known to date; its closest rivals are other Nintendo  handhelds as well. The Super Famicom, or Super Nintendo outside of Japan, was released as  Nintendo’s third generation console featuring all new 16-bit graphics (Nintendo History). More  success followed with the release of the Nintendo 64, incremental updates to their Game Boy  line, and eventually a major update to their Game Boy line with the Game Boy Advance.  Since the inception of Nintendo Entertainment System in the early 1980s, Nintendo had become a  very well known video game console company with their cartridge-based console gaming system.  However, due to keen competition from other companies such as Sega, Sony, and Microsoft,  Nintendo soon lost its dominance (starting from the late 90s) to other game consoles which adopted  the CD format.

Nintendo saw mild success as they rolled into the new millennium.  Their Game Cube was profitable, although quickly shadowed by the Playstation 2.  Improvements to the Game Boy Advance line came around this time, and Nintendo remained at  the head of the handheld market. They came out with the Nintendo DS handheld which sported  two screens along with a touch screen the eventually replaced the Game Boy altogether. From  2004 until 2012, Nintendo released incremental updates to their DS line, eventually moving to a  new technology with the 3DS, which offered a 3D experience without the need for glasses. The  handhelds were profitable, but again, not a huge success. 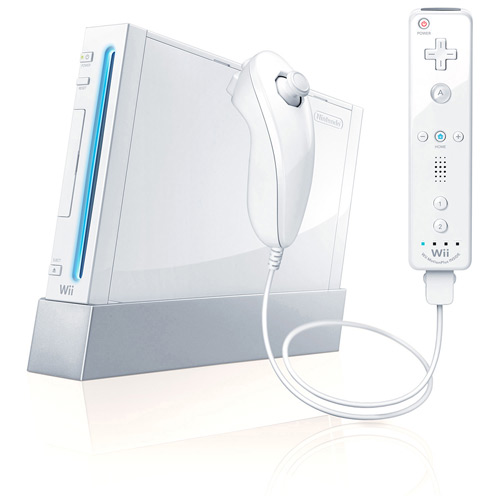 In 2006,  Nintendo released the seventh generation of video game consoles, Wii, which redefined who video games are played by in 2006. Wii was expected to attract core gamers, casual gamers, lapsed gamers and non-gamers through new game play experiences, wireless controller, the Wii Remote, which can be used as a handheld pointing device and detects movement in three dimensions and new forms of interaction with games rather than cutting edge graphics and expensive technology. Nintendo focus was on non gamers and how to bring them into gaming world and they were also focusing on the core and casual gamers and Wii was a product for all of them. Wii has surpassed its competition both Sony Play station and Microsoft Xbox and as of September 30, 2011, Nintendo has sold 89.36 million Wii consoles.

Wii was not designed to be the best game console but focus was on attracting the non gamers. Non gamers and casual gamers were the uncontested market space in the gaming industry that Nintendo targeted. With that focus Nintendo was less focused on the product as the graphics, chip were average and no disk drive, no High definition, and hardware features  when compared with the main competitor at that time Sony Play station. It was a far cheaper device and customers were not only attracted by price but also by the remote and motion sensor technology that brought a new gaming experience. Access to internet through WiConnect24 is another feature that attracted gamers through which they can receive updates and chat with other gamers.

Wii games came uniquely with proprietary, DVD-like Wii Optical Discs packaged in a keep case along with instruction information. Nintendo tied up with third party companies like Ubisoft, Sega, Square Enix, Activision Blizzard, Electronic Arts, and Capcom who developed games exclusively for Wii through the game development suite Unity. Nintendo authorizes the developers and only those games will be sold that are submitted to them and approved by them. Total Wii games sold as of September30, 2011: 752.54.09 million. Donkey Kong, Super Mario, Call of Duty etc some of the popular games. Since 2010 Nintendo has seen stagnation in Wii hardware sales and competition has significantly caught up with them by offering superior and technologically advanced products.

Nintendo in June 2011 announced the Wii U, sixth home console, with 1080p high-definition graphics, and features a new controller with an embedded touch screen. The player can continue a gaming session with touch screen controller (tablet) displaying the game even when the television is off. Nintendo designed the Wii U console with an objective to enhance and refresh the Wii experience and consumers who did not even have an opportunity to interact with the Wii system. Gamers who desire high-quality HD visuals in their game play and spend a greater amount of time with game play are key focus of this device. The device plans to remove the barrier between the core and casual gamers and provide, on a single console, an experience that will satisfy both types of users. The company is still continuing with a plan to attract non gamers with this console.

Wii U is expected to be released in 2012 and Nintendo is planning to regain its market share with this console. It is working on the launch of new game titles, and compatibility of multiple controllers. The device received initial positive feedback but the success of the device can only be estimated upon release. Wii hardware sales are stagnating and many publishers are dropping SKUs for the platform as they are focusing on mobile games. The reduced focus of the game publishers have led to shortage of new games for Wii. Lack of strong titles, price drops on hardware systems, and a weakening U.S. dollar are the major reasons for drop in the Wii volumes and revenue losses. Nintendo believes the drop in sales of Wii is a natural cycle as for four years the sales has been very high.