Home » Managerial Economics » The Role of Government in Environmental Protection 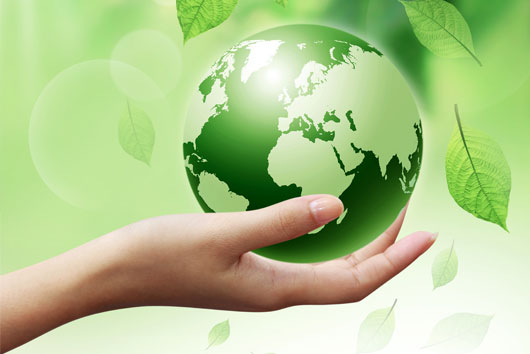 How can the government establish incentives that would lead industries to choose the efficient amount of pollution control in their own best interest, even if they do not face all the social costs of residual emissions?

Direct regulation of polluting activity (i.e., setting a legal limit for pollution) frequently comes to mind. The government could, for example, simply limit the industry’s pollution to R units by decree. Direct regulation of this sort was popular in the United States shortly after the setting up of Environmental Protection Agency, a government organization tasked to regulate any practice that may have an adverse effect on the environment. Created in 1970, the EPA became the US government’s answer to increasing qualms about the wanton disregard of some industries and their unsafe practices that pose hazards to human health and the environment in general.  Aside from safeguarding human and environmental health, the EPA is also empowered to craft and enforce regulations under existing environmental laws. It is also responsible for researching various methods to  protect the environment.  Since its creation, the EPA took the lead in implementing changes to make the United States a better place to live in. Armed with existing and new laws like the amended Federal Water  Pollution Control Act,  Safe Drinking Water Act, the amended  Clean Air Act, Federal Environmental  Pesticide Control  Act, and other federal environmental statutes, the EPA set out to build a new and better horizon for the citizens of the US and the world as a whole. The EPA, in partnership with the US Department of Energy (DOE), expanded the coverage of the  ENERGY STAR program  in 1996 to promote the reduction of energy consumption and greenhouse gas emissions from power plants. Through this program, the agency made it possible for people to save 180 billion kilowatt-hours in 2007 alone, or the equivalent of around 5% of the total electricity demand in the US.

Effluent fees offer governments a second approach to pollution control. An effluent fee is a unit price that a polluter must pay to the government for discharging waste. The idea behind the imposition is that they can bring the marginal private cost of polluting faced by firms closer to the true marginal social cost of their emissions.

Effluent fees often have one major advantage over direct regulation. It is, of course, socially desirable to use the cheapest way to achieve any given reduction in pollution, and a system of effluent fees is more likely to accomplish this result than direct regulation. To see why, first consider a particular polluter facing an effluent charge. It would find it profitable to reduce its discharge of waste to the point where the (marginal) cost of reducing its emissions by 1 unit equalled the fee. The effluent fee would be the same for all polluters. And it is a simple matter to show that the total cost of achieving the corresponding reduction in total emissions across all of the polluters would thereby be minimized. To that end, suppose that the cost of reduction waste discharges by an additional unit were not the same for all polluters (as might be the case if they were given individual quantity limits). The cost of achieving the same amount of total pollution control could then be reduced by allowing polluters whose marginal control costs were high to increase their emissions (and lower their marginal control costs) while encouraging polluters whose marginal control costs were low to reduce theirs (by and equal amount).

Governments have recently learned that they can work the trade-off between the certainty of direct regulation and the efficiency of effluent charges by issuing a fixed number of transferable emissions permits – permits that allow the holder to generate a certain amount of pollution. The total number of permits can be limited, so that total pollution can be held below any targeted level. The economically efficient amount might be the pollution target, but there could be others (especially if it were difficult to collect the information necessary to identify the efficient level or it there were an emissions threshold beyond which damage would be severe). In any case, allowing permits to be bought and sold would mean that firms whose marginal control costs were high would probably try to but some (so that they could their emissions) and firms whose marginal control costs were low would try to sell some (and make money even thought they would have to reduce their emissions). In fact, the market would work to bring the marginal cost of pollution control at each firm equal to the market price of permits, and so it would bring the marginal cost of pollution control at every form in line with the marginal cost at every other firm. Notice that this is exactly the condition for minimizing the cost of holding total emissions to a particular level.