Neo-classicals uphold perfect competition as the ideal state of the market. But in truth, the economy is fraught with market failures. Therefore, we need government interference to correct many of these market failures. Pigovian Tax (also spelled  Pigouvian tax) imposed by the government is one such course of intervention. It helps to curb negative externalities (e.g. pollution) and reduce the burden on the society caused by the externalities (social costs of production and consumption). Moreover, it attacks over-consumption, bringing it closer to the socially optimal level of production and/or consumption. 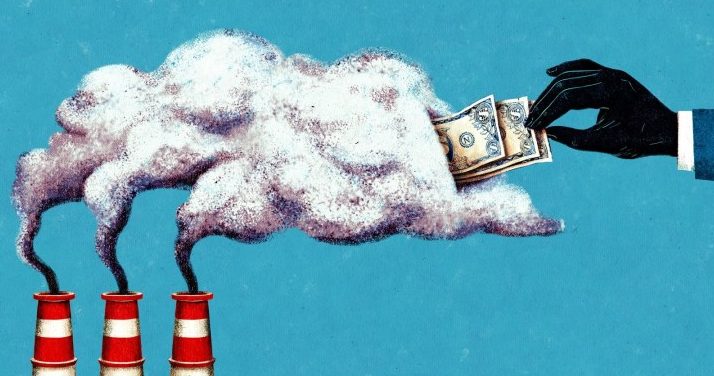 What is Pigovian Tax?

Pigovian tax is a kind of tax, which is levied to correct a negative cost that is created by the actions of any business firm, but that is not considered in a firm’s private costs or profits. Also known as ‘sin tax’, it is a tax placed on an action with a negative externality, to correct market failure. In the presence of negative externalities, the social cost    of a market activity is not covered by the private cost of the activity. In such a case, the market outcome is not efficient    and may lead to over-consumption of the product. A Pigovian tax equal to the negative externality is thought to correct the market outcome back to the level of efficiency.

For example, a factory does not financially take into consideration the damages caused to the environment by their emissions. By imposing Pigovian Tax, the government can artificially make the firms bear the cost of the damages, which will ideally be equal to what the price would have been if a market for such an activity existed. In a country with a publicly funded health care system, that is, where the medical service of every patient is funded from government revenues, the cigarette/alcohol tax acts as a Pigovian tax — it raises the revenue necessary to offset the expenses towards the health care system, as a consequence of smoking.

This idea was first put forward by Arthur Cecil Pigou in the year 1912. In his book, The Economics of Welfare, he argued that industrialists seek their own marginal private interest, while not taking into account the social costs of their activities.

Pigovian tax is the difference between marginal social cost and the marginal private cost, which is equal to the marginal external cost, shown as Tax in the diagram. The tax level may not equal the marginal external cost at quantities other than the socially optimum equilibrium level. The diagram indicates that marginal external cost increases with increase in quantity produced or consumed. After imposition of the Pigovian Tax, the new supply curve intersects demand (the marginal benefit) at the socially efficient quantity. As a result, the new competitive equilibrium, taking into account the amount of the tax, is efficient. Although this tax works perfectly in theory, its practical implementation is very difficult due to a lack of complete information on the cost of the damages to the environment. When Arthur Pigou first came up with the concept, he laid down a set of assumptions, one of which is a perfectly competitive market. Yet, perfect competition is an unrealistic situation. Monopoly, monopsony and oligopoly markets are commonplace. To internalize the external cost, the government needs to intervene by way of imposing taxes.

Pigovian tax can be applied to all spheres of production, be it production of a good (automobile) or service (transportation, banking etc). If Pigovian tax is set equal to the level of marginal damage (external cost) at the Pareto-optimal level of pollution, the industry will move towards its optimal pollution level.

Pigovian tax enhances welfare of the society; restricting over-consumption. It also generates additional revenue for the government. If markets may not secure the optimal amount of externality, they can be very gently ‘nudged’ in that direction without the necessity for full-scale regulatory activity. Yet again, the coase theorem faces criticism. Property rights are not as strictly defined as required by the coase theorem. Coase argued that social costs are even worse if only the offender pays for the social harm and not the consumers for whom the goods and services are produced. Under the Pigovian Tax, it is only the firms who pay for the externalities. Moreover, it is difficult to calculate the right tax in a world of imperfect Coasian bargains.

The concept has evolved through time and many similar ideas were developed such as the Coase theorem, emission trading i.e. cap and trade (Europe), Environmental Protection agencies (U.S.) formed with the idea of command and control, carbon tax, and tradable permits.

The principal problem remains that of quantifying the externality. There is some debate about whether to quantify externalities if the methods are imperfect. The usual response is that as long as we are honest about the flaws in the numbers, it is better to have some numbers than none. The benefits accrued by taxing externalities are more than that without taxing the externalities as shown with the game theory approach.