Why do people use resources like the environment? This is because, pollution is a byproduct of activities that add to their welfare. These activities bring economic gain to producers and utility gain to consumers. We do not pollute the planet just for fun; we do it as part of activities that improve our welfare. The economists view of  environmental pollution  is that pollution creates another trade-off of cost and benefit that must be weighed on a case by case basis. 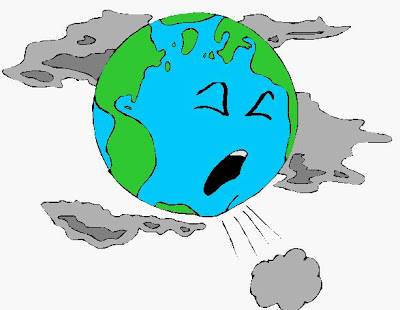 Many of our streams and lakes have historically served as depositories of chemical waste generated by industrial plants and mines. Some are cleaner now, but many still suffer damage form earlier discharges of chemicals, like PCBs whose “half-lives” are measured in hundreds of years. Many pesticides, fertilizers, and detergents used by farms and homes find their way into our lakes and waterways, where they have damaged commercial and recreational fishing. Automobiles are primary source of many air pollutants. The residue of their emission can foul both the air that we breathe and the land located close to the road that we drive on. Factories generate particles of various kinds, often through the combustion of fossil fuels; these pollute the air and fall onto the ground-both near and far. Some of our pollution has even been shown to cause damage on a global scale. The production and emission of chlorofluorocarbons has damaged the ozone layer and exposed much of the planet to increased ultraviolet (UV-B) radiation from the sun; the emission of carbon dioxide and other greenhouse gases has begun to warm the planet at rates that many find alarming.

Why does our economy tolerate any pollution of the environment? We now know that an externality occurs when one person (or firm’s) use or abuse of a resource damages other people who cannot obtain proper compensation. When this occurs, a competitive economy is unlikely to function properly. For market prices to produce an efficient allocation of resources, it is necessary that the full cost of using each resource be borne by the person or a firm that uses it. If this is not the case, so that the user bears only part of the full costs, then the resource is not likely to be directed by the price system into the socially optimal use. And why do people use resources like the environment? This is because, pollution is a byproduct of activities that add to their welfare. These activities bring economic gain to producers and utility gain to consumers. We do not pollute the planet just for fun; we do it as part of activities that improve our welfare. The economist’s view of this is that pollution creates another trade-off of cost and benefit that must be weighed on a case by case basis.

Resources are used most efficiently in a perfectly competitive economy because they are allocated to the people and firms that find it worthwhile to bid the most for them. Underlying this scheme is the notion that the resulting prices of all resources would reflect their true social costs. Suppose, however, that the presence of external diseconomies made it possible that people and firms did not pay the true social cost for certain resources. Suppose that some firms or people were using water or air for free even though other firms or people were incurring some cost from this use. Suppose, to be quite specific, that some firms were polluting the air or water and those others were suffering economic losses as a result. In this case, the private costs of using air and water would vary form the social costs. The prices paid by the user of water and air would be guided in their decisions by the private costs of water and air-costs that would be reflected by the prices that they had to pay. Faced with this difference between private and social cost, these firms would “use” too much air and water form society point of view, because the prices that they would pay for air and water would be too low.

Another important concepts in environmental pollution are Marginal Cost of Pollution and Marginal Abatement Cost. Marginal cost is a term that comes from the study of economics that is defined as the change in total cost that arises due to producing one more unit of a good. So, Marginal Cost of Pollution is defined as the  additional environmental cost that results due to the production of one additional unit.  Marginal Abatement Cost  can be defined as the cost associated with eliminating a unit of pollution. In general, an abatement cost is the expense a company incurs in order to address or cleanup a detrimental effect it created. For example, a coal-burning power plant will produce emissions of sulfur dioxide, which are gases that are harmful to the environment. To reduce this problem, company may install smokestack scrubbers, which are a type of technology used to remove sulfur dioxide emissions from the exhaust of power plants. The cost associated with installing and using the scrubbers would be an example of an abatement cost.