In practice, it is very much usual that when the exporter parts with his goods, either he wants money immediately or wants to be sure that it will be paid at the pre-determined date without any contestation. The importer, on the other hand, does not want to pay the goods until arrival of the carrying vessel. This two-faced problem in all cases is solved where both parties are favorable known to their own bankers. Depending upon the terms of agreement, the exporter can draw on his counterpart, the importer, or on the importer’s banks (or even on any third party) and hand the bill to his banker either for collection (i.e. proceeds are received only after realization   from the importer) or he may outright sell the bill to his banker. 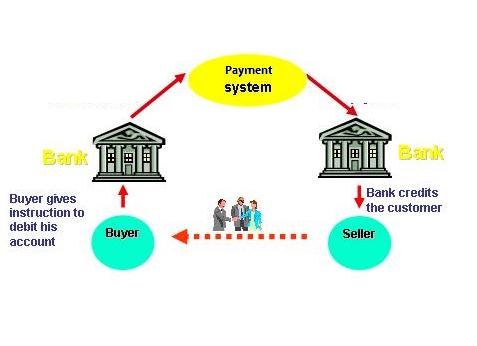 It is not totally impossible that the importer, at times, remits to the exporter the value of goods-maybe in advance or on receipt of advice of shipment from the exporter- through the latter’s bank. The importer may also settle his obligation by a cheque on his own bank or its correspondent either in the exporter’s country or in any other country.

The above methods of settlement of transactions arising form sale and purchase of goods are common. Nevertheless, it should be borne in mind that when an exporter (creditor) has to draw a bill of exchange on the importer (debtor) he will ordinarily draw the bill of exchange in any one of the following methods:

In whatever manner the buyer and the seller of goods agree to settle the transactions, it will not be too much to say that in foreign trade payment for goods in ultimately made between one bank and another. There is also a great volume of transactions which does not result from commercial deals and the bills of exchange are not indeed the means of settlement for such transactions, viz., exchange of service, borrowing money from one another and paying interest on such borrowing, etc. These can be settled by the use of various credit instruments, the buying and selling of which are virtually the primary operations of an exchange dealer. The principal credit instruments used in international transaction settlements   are: