The quantitative theory includes operation research and quantification of the problem.   It analyses the problems from quantifiable angles and provides solutions to complex problems only with the help of statistical and mathematical models such as linear and non-linear programming, game theory, decision tree, simulation and probability.   Computers are used to solve management problems whereas mathematical models were previously used for the purpose. A large number of problems are solved with the use of simulation equations and computers.   The development of equations requires specialized skills and advance knowledge of mathematics, statistics, economics and behavioral sciences.   Models are tested while the context of the real world and use of operation research.   Operation research is conducted by diverse specialists and management experts.   It is useful from the levels of planning for organizing, actuating and control. It is known that mathematical models do not provide the ultimate solutions.   If they are used in a given environment with real assumptions, they can suggest appropriate measures which can be used for solving problems.   The quantitative approach is merely a tool for finding a suitable solution, but is not a solution in itself.   It has become a valuable supplement rather than a substitute for management and organization.   The role of human skills and behavior cannot be ignored for the purpose of management. Even in highly computerized systems, the human element cannot be ignored.   The use of computers has economized and facilitated many problems.   The management does not need to resort to monotonous cumbersome processes but can easily and swiftly find the real problem or can diagnose the problem with real solutions.   Computers have helped managements and people arrive at correct decisions which would not be possible without the use of quantitative techniques. This precise and prompt approach has also prevented other problems. The cost of communication and maintenance of huge files has been considerably reduced by the computerized management technique. 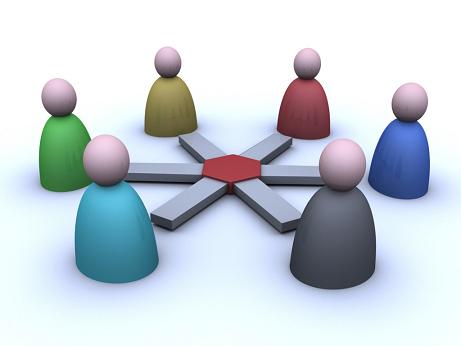 A system is a set of interconnected and inter-related elements of management activity. It is an arrangement of components of activities performed for achieving certain objectives.   Thus, a system has three components: arrangement, objectives and a plan. The arrangement is designed and planned in an effective manner to achieve the objective.   Men, materials and money are planned to achieve the objectives of the organization.   Recently, it has been agreed that the organization is a system wherein operation, marketing, finance, etc. are subsystems.   The modern organization theory believes in the General Systems Theory (GST) which is applicable to all scientific phenomena.   Kenneth and Boulding have contributed a systems theory to establish to single, self-contained and generalized theory for particular disciplines.   The system approach believes in a static structure and a dynamic and cybernetic system.   It has increased mobility, technological behavior, self-awareness and the goal-directed approach.   The system is an organization wherein the various components are subsystems which are managed and mobilized for attaining the organizational goals.   It is an interconnected, interdependent and interacting arrangement of men and materials.   For example, business is a social technical system, a plant is a botanical system, and a car is a mechanical system and so on.

Characteristics of the System Theory — A business or industrial organization has a system approach towards individuals, formal and informal organization’s status and role, process, resources and goals which are interlinked to attain objectives through a synergistic effect.   The system approach is divided into closed and open systems. The open system consists of the input transformation process, output, feedback and environment. An organization is considered an open system because it continuously interacts with the external environment for survival. The closed system believes in internal management.   It is like a closed loop which is autonomous and independent. It believes that the environment will not pose problems.  Management of internal factors is basically useful for an organization. However, the closed system is not perpetual.   It breaks down when the environment influences the working conditions.   Modern Open Theory (MOT) discounts the environment effect.   The open system is ready to be exposed to a spectrum of complex changes and challenges of the environment.   It is well known as the modern open theory which is dynamic, adaptive, multilevel, multidimensional and multidisciplinary. It incorporates the elements of motivation which are important moving forces in an organization.   The open system is multidisciplinary because it incorporates different disciplines in the organization.   It depends on sociology, psychology, engineering, anthropology and son for managing different activities of corporate units.   It is the base of formulating organizational structure, and has the capacity for adaptation to change.   The informal organization and environmental conditions are giving due weight age under the open system.   The modern open theory is empirical, analytical and systematic.   It is an integrating theory having the characteristics of a subsystem, dynamism, multivariate, adaptive probabilistic multi-motivation and multidisciplinary and process setting.   The theory has gained prominence because it has given due importance to interdependence, has synergism, wholesome boundaries, feedback and cybernetics.     The open theory commonly used as a system approach believes in analytical detection of deviation from normal behavior and taking necessary and corrective action to eliminate the error.   It is management by objectives.   The system is self-regulatory and self-corrective through reception, controlling and affecting the process.