The basic objective of compensation management can be briefly termed  as meeting the needs of both employees and the organisation. Since both these  needs emerge from different sources, often, there is a conflict between the two.  This conflict can be understood by agency theory which explains relationship  between employees and employers. The theory suggests that employers and  employees are two main stakeholders in a business unit, the former assuming the  role of principals and the latter assuming the role of agents. 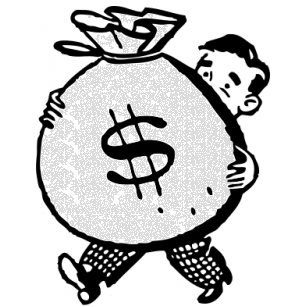 The compensation  paid to employees is agency consideration. Each party to agency tries to fix this  consideration in its own favor. The employers want to pay as little as possible  to keep their costs low. Employees want to get as high as possible. The  compensation management tries to strike a balance between these two with  following specific objectives:

From organisation’s point of view, the  compensation management aims at attracting and retaining right personnel in the  organisation. In the Indian corporate scene, there is no dearth of personnel at  operative levels but the problems come at the managerial and technical levels  particularly for growing companies. Not only they require persons who are well  qualified but they are also retained in the organisation. In the present day  context, managerial turnover is a big problem particularly in high knowledge-based  organisations.

Compensation management aims at motivating  personnel for higher productivity. Monetary compensation has its own  limitations in motivating people for superior performance. Alfie Kohn (an American author and lecturer who has explored a number of topics in education, parenting, and human behavior.) has gone  to the extent of arguing that corporate incentive plans not only fail to work as  intended but also undermine the objectives they intend to achieve. He argues  that this is due to inadequate psychological assumptions on which reward  systems are based. His conclusions are as follows:

Notwithstanding these arguments, compensation management can be  designed to motivate people through monetary compensation to some extent.