Henry Mintzberg had arranged strategy approaches into ten school of thoughts, each had its own strategy characteristic toward organization. Two of these schools: “cultural” school and “environmental” school are going to be taken into consideration. The main features of each school will be introduced firstly before going on their differences and similarities. 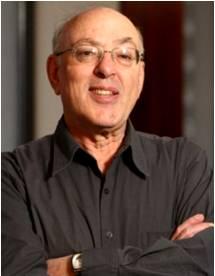 Nowadays, culture within a business is necessary to preserve its own power and imagine. It groups individuals effectively into an organization. Mintzberg considered organizational culture as key resource of competitive advantage. It also affects to business changes in decision making style or dominating the value of service, quality, and innovation and so on. Environmental school, on the other hand, Mintzberg, 1998 noticed that “Environmental school first grew out of so-called: contingency theory, which described the relationships between particular dimensions of the environment and specific attributes of the organization”. It means that, in contingency view, environmental reacts to the determinant of strategy formulation.

In spite of different features, some similarities between them could be considered. Both of schools are more concerned with certain aspects in the strategy management process. It encourages more experimentation and innovation within the business. In cultural school, business culture is put at the center to encourage key value, service, quality or intellectual production. Moreover, the environmental changes will lead to business changes of strategy; bring to company more experiment and new perceptions.   In addition, the two schools are vagueness, tends to describe what it is more than how to make a decision.   However, they contributed a lot to other schools and the business to attain its goals in the long term.

Mintzberg had summarized some main differences between two schools in his book, Strategy Safari about their base disciplines, champions, leadership, and so on. Whilst base discipline of cultural school is anthropology, biology is considered in environmental school. The point of anthropology sees culture everywhere around people: the way individuals communicate or react to others. In the population Ecology View, Freeman, 1997, the debate about capability and supply of resource decided the survival of an organization.  Base on cultural, people tends to be social, spiritual, and collectiveness. Mintzberg noticed a story in US automobile industry, Whilst Americans and European tried to compete with the other by re-inventing and imitating, Japanese did the difference. They created their own way of producing automobile which is much suitable with their culture. In contrast the winner of environmental school is population ecologists or organization theorists who take a great power to political or environmental factors. Moreover, culture had been considered as root of an organization. A big company had been successful for a long time based on its own culture. Therefore, it seems difficult to change their style. Unlikely, the environmental school depend too much power on the external environment, the organizations always capitulated with problems rather than facing with it.