Decision Making is a process of selection from a set of alternative courses of action, which is thought to fulfill the objectives of the decision problem more satisfactorily than others. It is a course of action, which is consciously chosen for achieving a desired result. A decision is a process that takes place prior to the actual performance of a course of action that has been chosen. In terms of managerial decision making, it is an act of choice, wherein a manager selects a particular course of action from the available alternatives in a given situation. Managerial decision making process involves establishing of goals, defining tasks, searching for alternatives and developing plans in order to find the best answer for the decision problem. 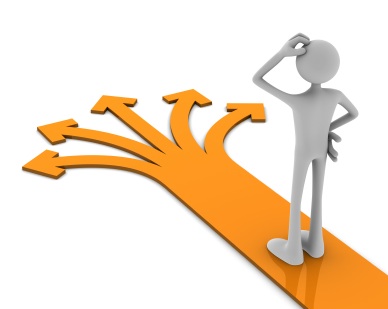 The essential elements in a decision making process include the following:

These stages explain how decision making should take place logically. In practice, the influence of various behavioral issues cannot be overlooked. Moreover, the four steps, instead of occurring sequentially, may overlap. And in many cases, decision making takes place in iterative fashion, accepting things that work and rejecting those that do not. Three key factors that are an impediment to good decisions are information quality, human filters and resistance to change. Information may not be accurate, complete, consistent or available on a timely basis. Managers have selective attention, various biases and focus on some dimensions of the problem while ignoring others. Last, but not the least, people are resistant to change. So, decisions often tend to be a balancing of the firm’s various interest groups rather than the most optimal solution.

The way people think, both as individuals and in groups, affects the decisions that they make. Bad decisions take place when the alternatives are not clearly defined; the right information is not collected and the costs and benefits are not accurately weighed. Sometimes the fault lies not in the decision-making process, but in the mind of the decision-maker. Managers often do not realize the various traps that exist while taking decisions. Some common traps include:

One thought on “Decision Making: Meaning and Characteristics”