A very commonly used term, globalization can mean different things to different people. At a broad level, globalization refers to the growing economic interdependence among countries, reflected in the increasing cross border flow of goods, services, capital and technical know how. At the level of a specific company, globalization  refers to the degree to which competitive position is determined by the ability to leverage physical and intangible resources and market opportunities across countries.

“Globalization refers to the multiplicity of linkages and interconnections between the states and societies that make up the present world system. It describes the process by which events, decisions, and activities in one part of the world come to have significant consequences for individuals and communities in quite distant parts of the globe. Globalization has two distinct phenomena: scope (or stretching) and intensity (or deepening). On the one hand, it defines a set of processes which embrace most of the globe or which operate world-wide; the concept therefore has a spatial connotation…it also implies an intensification of the levels of interaction, interconnectedness or interdependence between the states and societies which constitute the world community.  Accordingly, alongside the stretching goes a deepening of global processes.” Anthony  McGrew 1992 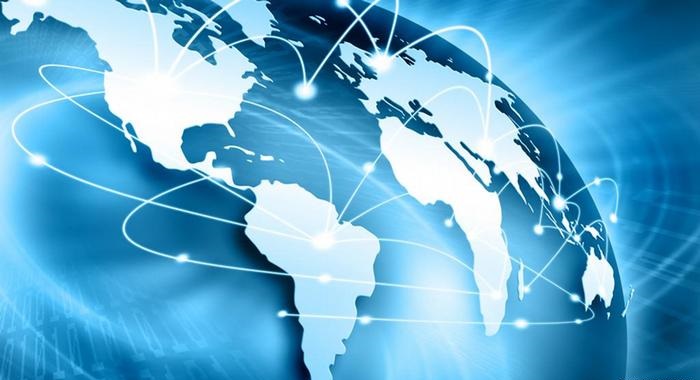 International trade and foreign direct investment have grown rapidly in the last few years, driven by lower tariffs and non-tariff barriers. This has led to the globalization of production and markets.

There are several implications of the globalization of products and markets that are important to managers.

There are a number of factors driving globalization. More and more countries across the world are embracing free market philosophy and dismantling trade barriers. Better and cost effective ways of  communication are making the world a smaller place. Due to the heavy R&D costs involved in developing new products, the pressure is increasing on companies to look for global markets to quickly recoup their investments. For eg. Satellite television is playing an important role in creating global markets by promoting uniform tastes among customers across the world.

Globalization has created major opportunities for poor countries. In the past, poor countries remained poor and rich countries remained rich for generations. Now societies can develop skills and wealth in a much shorter time. For eg. in less than 40 years, Singapore has gone from developing country to developed country status. Taiwan and South Korea are also good examples. Globalization has leveled the playing ground for smaller companies. What matters in the global economy is not simply size; it is other intangible factors such as nimbleness, reputation and  the ability to innovate.

At the same time, the more global we become, the more tribal is our behavior. John Naisbitt, author of Global Paradox, has argued that the more we become economically interdependent, the more we become possessive about our core basic identity. Fearing globalization and, by implication, the imposition of a western (predominantly American) culture, many countries have become paranoid about preserving their distinctiveness and identity.  This book is more concerned with how companies globalize.

Globalization is a bottom-up phenomenon with all actions initiated by milions of individuals, the sum total of which is “globalization.” No one is in charge, and no one can anticipate what the sum of all the individual initiatives will be before the result manifest. A global economy can only be the result of “spontaneous order”.  Global Paradox,  John Naisbitt.

Typically, the process of globalization of companies evolves through distinct stages.

MTV Networks is one of the most successful businesses at globalization, with 29 distinct channels reaching 330 million subscribers, generating a profit of over $1 billion annually. In 1987, its first year of overseas operations, MTV managers naively assumed that Europeans would be interested in American pop stars and commentary. Soon, copycats began to offer local programming, spurring MTV to create separate, regional channels, including eight in Europe and six in Asia. Forty percent of the programming and 70 percent of the music videos feature local performers, and all of it is delivered by local VJs (video jockeys). Ratings are growing and the threat from copycats is much less. Even more importantly, advertising revenues are up, especially revenues from local advertisers.