Advertising intends to persuade an audience (viewers, readers or listeners)to purchase or take some action upon products ,ideals or services. It includes the name of a product or service and how that product or service could benefit the consumer, to persuade a target market to purchase or to consume that particular brand. These advertisements serve to communicate an idea to the public in an attempt to convince them to take certain action, such as encouraging environment friendly behaviors, and even unhealthy behaviors through food consumption etc. To advertise is to draw the public’s attention usually for the purpose of selling products, or services, through the use of various forms of media, such as print or broad cast and notices.

Advertising is not only used as a means to promote a company’s products and services and to drive sales but as a means to build a brand identity and communicate changes of new product /service to the customers. Advertising has become an essential element of the corporate world and it is also the best known mass communication channel. Advertising provides a direct line of communication to the existing and prospective customers about the product or service. 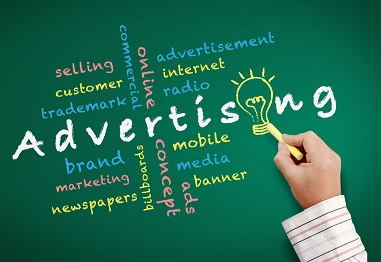 The classification of advertisement is directly related to the advertising plan. By developing an effective advertising plan, there is a possibility of increased positive return on advertising investment regardless of the amount spent.

1. Classification Based on the Media Used

Outdoor Advertising is also a very popular form of advertising, which makes use of several tools and techniques to attract the customer outdoors. The most common examples of outdoor advertising are bill boards, Kiosks, and also several events and trade shows organized by the company. The Bill board advertising has to be really terse and catchy in order to grab the attention of the passers by. The Kiosks not only provide an easy out let for the company products but also act as an effective advertising tool to promote the company’s products. Organizing several trade shows and events by the companies or sponsoring them, also makes an excellent advertising opportunity.

2. Classification Based on Geographic Area

Marketers advertise to the consumer market with national and retail/local advertising which may stimulate primary or selective demand.

International advertising is conceived as a response to global marketing enabling the agency to channelize advertising from transnational corporations into transnational media. The same product brand that was once sold nationally can now be sold to the whole world backed by the same advertising. E.g. Coke has been using the same standardized advertising in all countries. Pepsi adopts the common theme to the national culture.

National advertising is done by large companies on a nation wide basis or in most regions of the country. Most of the advertisements of well known companies and brands that are seen on prime -time television or in other major national or regional media are examples of national advertising. The goals of national advertisers are to inform or remind consumers of the company or brand about its features, benefits, advantages, or uses and to create or reinforce its image so that consumers will be predisposed to purchase it.

Advertising is done by retailers to local merchants to encourage consumers to shop at a specific store, or use a local service or patronize a particular establishment. Retail or local advertising tends to emphasize specific patronage motives such as price, hours of operation, service, atmosphere, image, or merchandise assortment. Retailers are concerned with building store traffic, so that their promotions often take the form of direct action advertising designed to produce immediate store traffic and sales.

3. Classification based on Target Audience

A very substantial portion of total advertising is directed to buyers of consumers products who purchase them either for their own use or for their household’s. The fact that the buyer of consumer items are generally very large and are widely distributed over a large geographical area enhances the importance of advertising as a marketing tool. The preponderance of such advertising can be seen by looking into any general print media, such as news papers, magazines etc. These advertisements are intended to promote the sale of the advertised products by appealing directly to the buyers/consumers. Such advertising is called consumer advertising.

Advertising targeted to individuals, who buy or influence the purchase of industrial goods or services for their companies is known as business-to- business advertising. Industrial goods are products that either become a physical part of another product(raw material or component parts), or are used in manufacturing other goods(machinery), or that are used to help a company conduct its business (eg office supplies, computers) business such as insurance, travel services, and health care are also included in this category.

Advertisements targeted towards the farmers for the purchase of seeds, tractors, and other agricultural implements are regarded as agricultural advertising.

4. Classification based on Purpose

A product is a thing or service for which customers will exchange something of value. The purpose of product advertising is to sell the advertisers goods or services. Services are intangible products. They include financial, legal, medical and other recreational services. Non-product advertising constitutes institutional or corporate advertising in which the advertiser tries to polish its image or influence public opinion about an issue. Here the aim is not to sell something, but just to let the public know that such an organization exists.

5. Other types of Advertising

Surrogate Advertising is prominently seen in cases where advertising a particular product is banned by law. Advertisements for products like cigarettes or alcohol which are injurious to health are prohibited by law in several countries and hence these companies have to come up with several other products that might have the same brand name which indirectly remind people of the cigarettes or beer bottles of the same brand.

Public Service Advertising is a technique that makes use of advertising as an effective communication medium to convey socially relevant message about important matters and social welfare causes like AIDS, energy conservation, political integrity, deforestation, illiteracy, poverty and so on. David Oglivy who is considered to be one of the pioneers of advertising and marketing concepts had reportedly encouraged the use of advertising field for a social cause. Today public Service Advertising has been increasingly used in a non-commercial fashion in several countries across the world in order to promote various social causes.

Unlike the billboard advertising which is used on roads, a similar type called banner advertising is used on the web. The horizontal advertisement strips that are seen at the top of almost every web page are nothing but the web banner advertisements. Web banners are usually constructed using images, or JavaScript, or any other multimedia objects and animation. Web banners are usually linked to web pages that are related to the content on the existing web site.

This is a propaganda advertising technique, which aims at convincing the user that everyone else is using the products or everyone in the customer base, is in favor of the brand and so he/she must do so. This compels the consumer to at least think about buying that product and check what everyone else is raving about and in turn ‘jump on the bandwagon’. Bandwagon advertising is a strategy that is based on consumer psychology and hence, is an effective advertising technique which can be used via any media print, electronic, or broadcast.

Promotional advertising involves the use of promotional give-away items or promotional media events, which help to garner public attention and an effective way of advertising. Handing out promotional freebie is a modern advertising technique that is innovative and very effective.

Blog advertising is simply placing advertisements on one’s blog. This has existed as long as blogs have existed. It consists of running banners and text advertisements on the top, sidebar and footer of one’s blog. Owing to the tremendous popularity of blogs, advertisers have wisely used blogs as effective advertising and marketing tools. Corporate blogs are an excellent way for companies to reach out to their customer base on the Internet. Advertising blogs often make use of Search Engine Marketing techniques which ensure better results on the web.

Maintaining and developing good public relations is one of the most important marketing tools for companies to maintain goodwill amongst employees as well as clients. It is not only a way for companies to be in the public eye, but also a great way to build and maintain a particular brand image and identity. Public relations is thus a great advertising tool which is used by companies to reach out to their investors, employees and of course, their existing and potential customer base.

One thought on “Different Classifications of Advertising”