Blue ocean strategy makes companies to come out of ocean of bloody competition by creating market space which is uncontested and that makes the completion irrelevant. Since, dividing up existing demand and benchmarking the competitors, Blue Ocean strategy is regarding grow demand and break away from the competition. The business universe can be thought as a composition of two kinds of oceans the first is the red ocean and second one is the blue ocean. Red ocean includes all the industries which exist today and it is about the known market space. But on the other side Blue Ocean can be considered as industries which are not in existing today and it is called unknown market space. The industries boundaries are defined and well accepted in the red oceans. In the red oceans the rules of competitive games are well defined. The companies try to take away the greater share of the existing demand. Because there is a cut throat competition that makes the red ocean bloody and products become commodities.

Blue Ocean can be considered as a fact of the demand creation, untapped market space and greater opportunities of highly profitable growth. Some industries can be created well beyond of the existing industries. But most of the blue oceans are created from the within the red oceans by expanding the industry boundaries which are existing. Since, rules of the game are to be set so competition becomes irrelevant in the blue oceans.

Red oceans will always be taken as a matter of business life. When supply exceeds the demand in more industries then the competition for contracting demand will not result in to sustain high performance. Companies will have to go beyond the competition. They will have to create blue oceans to make more profit and growth opportunities. The most focus of strategy work has been on the competition based red ocean strategies in the recent times. But it provided the fairly good understanding about skill of how to compete in competitive environment from analyzing the economic structure of the existing industry. It also helped in making a choice between strategic positions of differentiation or low cost or focus, to benchmark the competition. 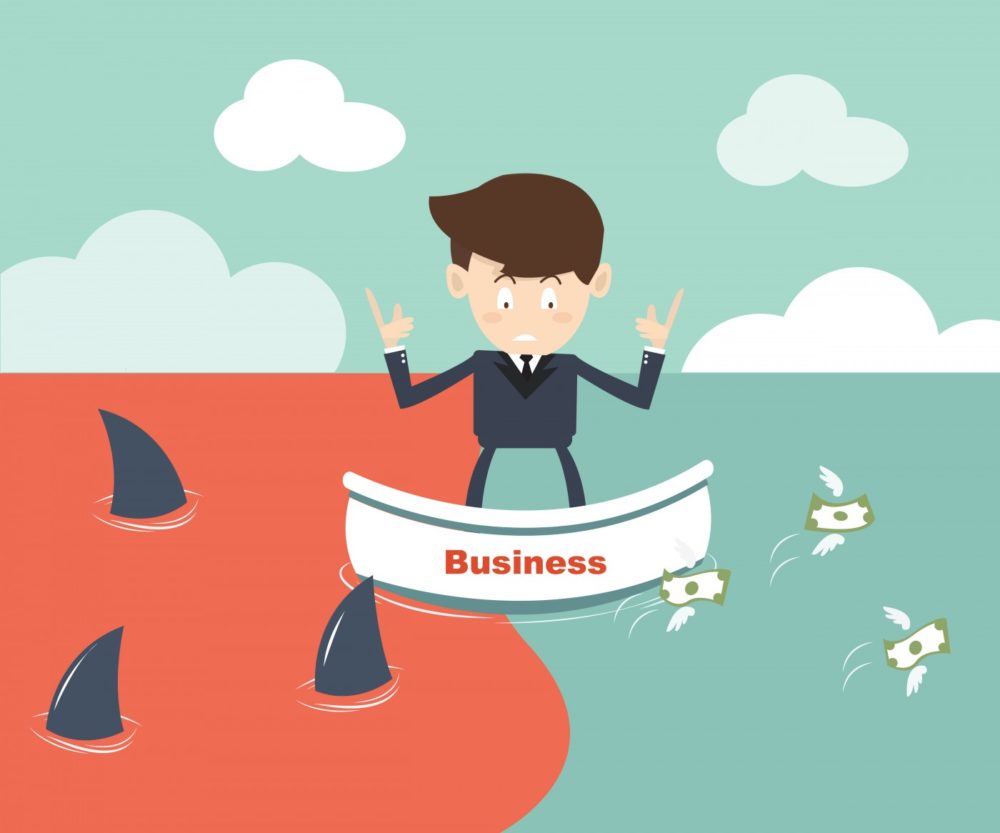 This term blue oceans may be new but their existence is not new at all. These are an important feature of business life, past and present. If we look back 100 years and ask ourselves, How many of today’s industries were not existing then? Probably the answer can be seen as many industries as basic as petrochemicals, music recording, automobiles, aviation, management consulting and health care, were unheard of or had just started to evolve at that time. If we look back only 30 years then again we see, a multibillion-dollar industries came out like cell phones, mutual funds, biotechnology, gas-fired electricity plants, express package delivery, minivans discount retail, , snowboards, home videos, coffee bars and many more.

If we take and try to see just three decades ago, not one of those industries was existing in a significant way. Now we see forward twenty years or perhaps fifty years and ask ourselves how many now unknown industries will likely exist then. If we go by seeing the history as a tool to predict the future, then again the answer is many of them.

This is the reality that industries never become constant. Industries continuously keep evolving. The some operations related to industries improve, markets get expanded, and players enter and exit as the time passes. This is the fact that history gives us lessons that we have a great underestimated capability and capacity to create new industries and re-create the existing ones. The services sector which were under the old system, for example, now have been expanded into seven business sectors ranging from information to health care and social assistance. As given that these systems are designed for standardization and continuity, such a replacement shows how important the expansion of blue oceans has been. As we have noticed that the overriding focus of strategic thinking has been on competition based red ocean strategies.

The several driving forces are working behind a rising trend to create blue oceans. The advancements in technology have significantly has improved productivity of industry and made suppliers to produce the maximum possible array of products and services. This resulted in increment in the numbers of industries and supply exceeded demand. This followed trend toward globalization accelerated the situation. The trade barriers between nations and regions are becoming lenient and as the information regarding products and prices become instantly, easily and globally available, the niche markets and chances for monopoly continuously keep disappearing. Although supply is keep on rising as global competition increasing, and it is not providing clear evidence that of an increment in demand worldwide, and statistics or data even pointing towards to declining populations in many developed markets. This has been resulted in increased commoditization of products and services, intensified price wars, and contracting profit margins.

For the major services and products categories, brands are normally becoming somewhat similar, and since they are appearing more similar people usually select those products based on price. The customers no longer say and firmly ask, as they insisted in the past, that their laundry detergent be Tide. Because of the overcrowded industries, differentiating brands are appearing harder in both economic downturns and upturns. This shows that the business surrounding environment in which various strategy and management practices of the 20th century evolved that time is now disappearing. Since, red oceans are becoming consistently bloody, management will have to be more concerned with blue oceans.

The thing that makes the winners separate from losers in creating blue oceans was their strategy. Moreover, the companies running in the red oceans went by a approach which is conventional and going to beat the competition by building a safer condition and position within the industry existed. Those firm or creators of blue oceans, amazingly, did not take the competition as their benchmark. But they implemented a unique and different strategic logic that can be considered as value innovation.

This Value innovation can be taken as one of the important concerns in blue ocean strategy. It is called value innovation since in place of focusing on cope with the competition, the firms try to make the competition irrelevant by creating and achieving value for buyers (customers) and the company, so looking up new market space which is uncontested. This value innovation focuses equal importance on value and innovation. The values without innovation try to focus on value creation on the incremental scale, something which improves value but is not enough to make you sustain in the marketplace. Innovation without value will be technology-driven, market pioneering, or futuristic, most of the times shooting beyond what buyers or customers are ready to accept and pay for. It is essential to have better understanding that shows distinction between value innovation as opposed to innovation in technology and market pioneering. It makes clear that what separates winners from the losers in creating blue oceans is neither bleeding edge technology nor market entry timing. It has been seen that sometimes it exists but most of the time it does not. The value innovation takes place only when the companies bring innovation with cost positions, utility and price.

The value innovation is a new and different way of thinking about and executing the strategy that results into the creation of a blue ocean and a come away from the competition. It is generally believed that firms or companies can either create intensified value to customers at a comparatively higher cost or can create reasonable value at a lower cost. Here it can be said that strategy is seen as selecting a choice between differentiation and low cost. But those that want to create blue oceans follow differentiation and low cost simultaneously.

The creation of blue oceans is about bringing costs down while simultaneously taking value up for buyers. This shows that how a leap in value for both the company and its buyers is achieved. Since, buyer value is created from the utility and price that the companies offer to buyers and because the value to the company is created from price and its cost structure, value innovation can be achieved only when the whole system of the firm or company’s price, utility and cost activities is properly and effectively matched. This represents the whole-system approach that makes the creation of blue oceans a sustainable and effective strategy. Blue ocean strategy includes the range of a company’s functional and operational tasks or activities. On the other side innovations such as production innovations can be get at the subsystem level without affecting the firm’s overall strategy. The value innovation is not only innovation but it is more than innovation. It describes strategy that integrates the entire or whole system of a firm’s activities and tasks.

To conclude, blue ocean strategy describes that it is all about to reconstruct boundaries of market to break away from the competition and create blue oceans. This highlights the search risk that many companies struggle with. The primary challenge is to successfully and effectively identify, out of the haystack of possibilities that exist, commercially compelling blue ocean opportunities.