Differentiation Strategy is the  strategy that lays emphasis on offering a superior product, on some dimension(s), compared to what competitors are providing. Differentiation is possible along one or more of various dimensions — product features, quality, customer service, guarantee, distribution, delivery, product customization, etc. 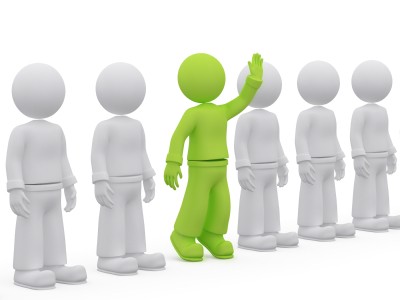 “Differentiation provides insulation against competitive rivalry because of brand loyalty . . . The resulting customer loyalty and need for a competitor to overcome the uniqueness create entry barriers.    Differentiation yields high margins with which to deal with supplier power and clearly mitigates buyer power since buyers lack comparable alternatives and are thereby less price sensitive. Finally, the firm that has differentiated itself to achieve customer loyalty should be better positioned vis-Ã -vis substitutes than its competitors”  (Porter, 1985:14 and Porter, 1980:37).

A successful differentiation strategy emphasizes uniqueness in ways that are valued by buyers. If buyers are willing to pay for these unique features and the firm’s costs are under control, then the price premium will lead to higher profitability. The key success factor in differentiation is sound understanding of the buyer needs. A differentiator needs to know what buyers value, deliver that particular bundle of attributes and charge accordingly. By effectively serving a sub-group of buyers who will not consider other firms’ offerings as substitutes for this offering, the company can effectively lock up the segment.

A successful differentiation strategy reduces the head-to-head rivalry witnessed in price based competition. If suppliers raise prices, loyal customers who are not price conscious are more likely to accept the higher price that the differentiator passes on. Customer loyalty also acts as a barrier to new entrants and as a hurdle that potential substitute products have to overcome.

To become a differentiator a company must make choices about its product, market, and distinctive competencies.

The differentiation strategy provides businesses with some advantages, as discussed in terms of Porter’s Five Forces Model.

However, the differentiation strategy is not without its risks:

Apple Inc. is an American corporation that designs and manufactures computer hardware, software and other consumer electronics. The company headquarters is in Cupertino, California, CEO and co-founder is Steve Jobs and the company boasts of 284 retail locations spanning 10 different countries. Apple was established on April 1st, 1976 by Steve Jobs, Steve Wozniak and Ronald Wayne to sell the Apple I personal computer kit. Since then, it has developed a unique reputation in the consumer electronics field. The Company’s products and services include Macintosh (“Mac”) computers, iPhone, iPad, iPod, Apple TV, Xserve, a portfolio of consumer and professional software applications, the Mac OS X and iOS operating systems, third-party digital content and applications through the iTunes Store, and a variety of accessory, service and support offerings. The Company sells its products worldwide through its retail stores, online stores, and direct sales force and third-party cellular network carriers, wholesalers, retailers, and value-added re-sellers.

Apple’s differentiation approach  enhances the company’s competitive advantage in the market. It favors Apple to continue down a path that not only maintains premium positioning but also enhances it. It is clearly doing this at the research and development (R&D) level. The introduction of a new portable manufacturing process (the unibody MacBook and MacBook Pro) and a relatively fast-paced operating system release cycle are clearly a function of Apple’s ever-evolving differentiated positioning. The upcoming Mac OS X Snow Leopard (successor to Mac OS X Leopard) and iPhone OS 3.0 will continue to push the envelope and set the groundwork for continued innovation in the years to come. Apple has never shied away from starting over. It did this with the transition to Mac OS X, the transition to Intel processors, and the re-design of their portable Macs. Each enhancement widens the differentiation gap that competitors must narrow or copy in order to compete with Apple.

Digging deeper into the strategy, the trade-off protects Apple’s unique position. Competitors have two main ways to imitate an incumbent. A competitor can (1) reposition itself or (2) straddle, an approach that attempts to match the incumbent’s position while maintaining its existing position. By maintaining its price premium at the expense of unit volume, Apple has created an imitation barrier that competitors cannot easily cross. PC competitors cannot realistically enter Apple’s space by transforming themselves into a premium brand without alienating or pricing out existing customers. If a competitor decided to reposition or straddle it would have to compete with Apple’s decades long premium brand equity. Thus, PC vendors have two transformational issues working against them, time and cost. Apple’s competitors will not be able to transform their brand image overnight. Any such effort will take considerable amount of time on numerous dimensions ranging from product design to marketing. This leads to the second issue, cost. Any transformation undertaken by a competitor will cost tens or perhaps hundreds of millions of dollars in a sustained re-branding and advertising campaign. In today’s marketplace, a cost of this magnitude is not feasible. From a trade-off perspective, Apple has systematically analyzed what not to do; attempt to compete at lower price points.

Apple’s entry into retailing, for example, is designed to provide better point-of-sales service to customers wishing to purchase an Apple product than can be had from independent stores. By helping to raise the overall level of differentiation associated with Apple’s offering, the strategy is designed to strengthen Apple’s competitive position.