Cost Leadership is the  strategy that focuses on making the operations more efficient and cutting costs wherever possible. It may result from scale/scope efficiencies, tight overhead control, careful selection of customers, standardization and automation. Cost leadership aims at having the lowest costs in a market. This makes the company best placed to survive a price war and generates the highest margins if a price war does not occur. The largest retail chain in the world, Wal-Mart also believes in cost leadership. 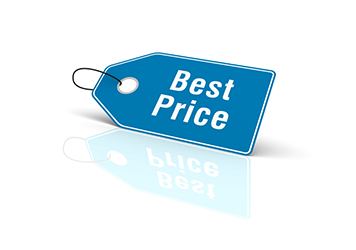 Controlling costs systematically can lead to competitive advantage in industries where price is an important factor. If a company offers a standard product or service at a lower cost when compared to the industry average, the company will earn higher profits. Low cost can enable the company to compete on price if that is required. It can also generate profits that can be reinvested to improve the product quality while charging the same price as the average in the industry. Low cost producers are more likely to survive a price war. If suppliers hike prices, the low cost leader will not be squeezed as much as the other players. The firm’s low cost position may also act as an entry barrier, particularly if the potential entrant hopes to compete on price. A cost leader can also use price as a weapon to ward off threats from substitute products.

To become the cost leader, a company must make choices about its product, market, and distinctive competencies.

The cost leadership strategy provides businesses with some advantages, as discussed in terms of Porter’s five forces model.

There are some risks associated with the cost leadership strategy:

Wal-Mart’s winning strategy  in the U.S. was based on selling branded products at low cost. Each week, about 100 million customers visited a Wal-Mart store somewhere in the world. The company employed more than 1.3 million associates (Wal-Mart’s term for employees) worldwide through more than 3,200 stores in the United States and more than 1,100 units in Mexico, Puerto Rico, Canada, Argentina, Brazil, China, Korea, Germany, and the United Kingdom.

In 2001, Fortune magazine named Wal-Mart the third most admired company in America, and the Financial Times and PricewaterhouseCoopers ranked it as the eighth most admired company in the world. The following year, Wal-Mart was named number one on the Fortune 500 list and was presented with the Ron Brown Award for Corporate Leadership, a presidential award that recognized companies for outstanding achievement in employee and community relations.

Wal-Mart enjoyed a 50 percent market share position in the discount retail industry. Procter & Gamble, Clorox, and Johnson & Johnson were among its nearly 3,000 suppliers. Though Wal-Mart may have been the top customer for consumer product manufacturers, it deliberately ensured it did not become too dependent on any one supplier; no single vendor constituted more than 4 percent of its overall purchase volume.

About 85 percent of all the merchandise sold by  Wal-Mart was shipped through its distribution system  to its stores. (Competitors supplied to their retail outlets on average less than 50 percent of the merchandise through their own distribution centers.) The company owned a fleet of more than 3,000 trucks and 12,000 trailers. (Most competitors outsourced trucking.) Wal-Mart had implemented a satellite network system that allowed information to be shared between the company’s wide network of stores, distribution centers, and suppliers. The system consolidated orders for goods, enabling the company to buy full truckload quantities without incurring the inventory costs.

Wal-Mart’s value proposition can be summed up as “everyday low prices for a broad range of goods that are always in stock in convenient geographic locations.” It is those aspects of the customer experience that the company over-delivers relative to competitors. Under-performance on other dimensions, such as ambiance and sales help, is a strategic choice that generates cost savings, which fuel the company’s price advantage. If the local mom-and-pop hardware store has survived, it also has a value proposition: convenience, proprietors who have known you for years, free coffee and doughnuts on Saturday mornings, and so on.