Many approaches have been utilized to integrate individual and group goals with overall goals of the organization of an enterprise. Management by Objectives (MBO) is basically a process whereby the superior and subordinate managers of an enterprise jointly (i) identify its common goals, (ii) define each individuals major areas of responsibility in terms of results expected of him, and (iii) use these measures as guides for operating the unit (or enterprise) and assessing the contribution of each of its members. The goals are jointly established by the manager and his subordinates and agreed upon in advance. These goals emphasize either output variables or intervening variables, or some combination of both. At the end of the pre-decided time period, the subordinate’s performance is reviewed in relation to preset goals. Both superior and the subordinate participate in this review/evaluation. If, after evaluation it is found that there is some discrepancy between the work planned (to be done) and the work accomplished, steps are suggested to overcome the problems or make necessary adjustments in the original plan. This sets the stage for the determination of objectives for the next period. To conclude. Management by Objectives (MBO)  implies managing by properly identifying the objectives of an organization. 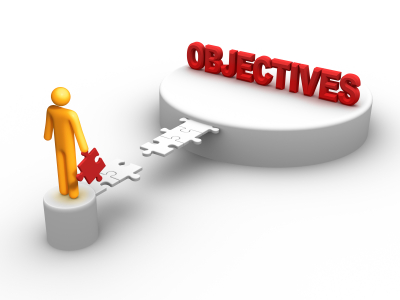 Development of the MBO Concept

The term “Management by Objectives” was introduced and popularized by Peter Drucker, who stated that, “Objectives are needed in every area where performance and results directly and vitally affect the survival and prosperity of the business.” In addition, he emphasized the importance of participative goal setting, selfcontrol, and self-evaluation. But Drucker’s idea of MBO was not adopted in its entirety, and MBO was not practiced as a way of managing. Rather, selected aspects were taken and applied to performance appraisal.

The Management by Objectives (MBO) method is a process in which managers and employees jointly set objectives for the employees, periodically evaluate performance, and reward according to the results. Although it is a three-step process, no standard form is used with MBO, so it is a method. MBO is also referred to as work planning and review, goals management, goals and controls, and management by results.

Why and when do we use the MBO method? The MBO method is one of the best methods of developing employees. Like critical incidents, employees get ongoing feedback on how they are doing, usually at scheduled interval meetings. We can use the MBO method successfully with our employees if we commit to the process and truly involve employees rather than trying to make them believe that our objectives are theirs-accurate measures.

On an organization-wide basis, MBO is not too commonly used as the sole assessment method. It is more commonly used based on the evaluative assessment during the development part of the performance appraisal. One difficult part of MBO is that in many situations, most, if not all, employees will have different goals, making MBO more difficult and time-consuming than using a standard assessment form.

How do we use the MBO method? Steps in Setting up Management by Objectives (MBO) are;

Advantages of  Management by Objectives (MBO)

Disadvantages of  Management by Objectives (MBO)

MBO methods of performance appraisal can give employees a satisfying sense of autonomy and achievement. But on the downside, they can lead to unrealistic expectations about what can and cannot be reasonably accomplished.

Supervisors and subordinates must have very good “reality checking” skills to use MBO appraisal methods. They will need these skills during the initial stage of objective setting, and for the purposes of self-auditing and self-monitoring. Unfortunately, research studies have shown repeatedly that human beings tend to lack the skills needed to do their own “reality checking”. Nor are these skills easily conveyed by training. Reality itself is an intensely personal experience, prone to all forms of perceptual bias.

One of the strengths of the MBO method is the clarity of purpose that flows from a set of well-articulated objectives. But this can be a source of weakness also. It has become very apparent that the modern organization must be flexible to survive. Objectives, by their very nature, tend to impose a certain rigidity.