The differences in the types of organisations, their structures, their goals and perspectives, and the way they recognise and face challenges can breed a lot of opportunities and avenues for producing and distributing new information to the world. Technology and science has made wonders for almost everyone living in this planet. It has changed the way we live. It has also introduced new sets of problems and issues which must be strategically addressed. 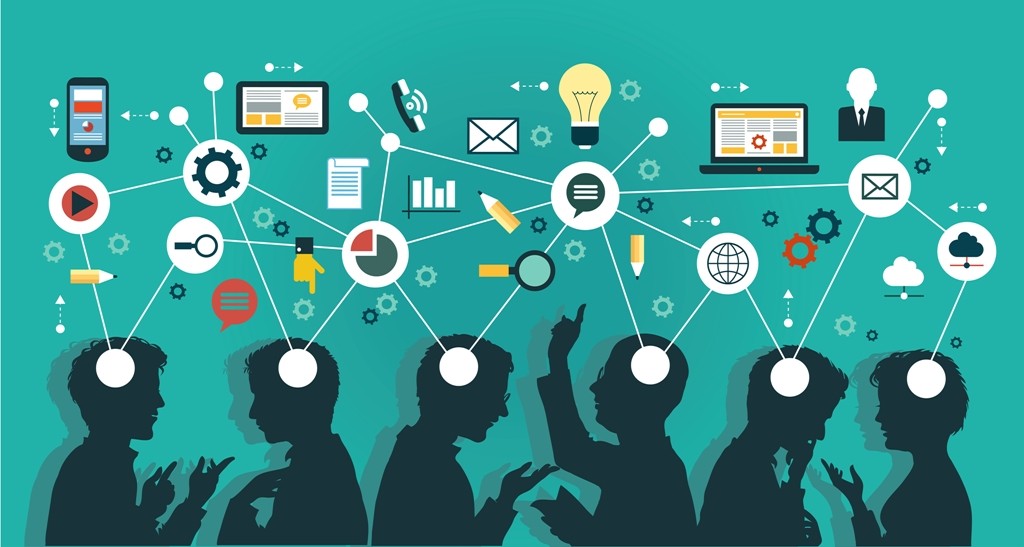 Firms are already in the forefront of responding to changes and challenges in their environment. They respond to these challenges through strategies that make use of support systems like technology and scientific research.

Today’s business and social transactions are being supported more and more by technological and scientific innovations and strategies. Knowledge of advanced technologies in the different sciences and frontiers has largely advanced most careers and business prospects. The purpose of a business firm is to create value for all of its stakeholders. As the firm tries to create new wealth for its shareholders, valuable products and services for its customers, it is already in the process of generating and distributing new sets of information. This includes the generation of new scientific and technological knowledge which would eventually be adopted by the society and other businesses as well. A firm then leads its market through effective technical and scientific innovation, sound business management of resources, and a solid technological strategy for the success of its business.

Improved technology and increased scientific knowledge will help increase food production, efficient management of resources, allow faster access to relevant and mission critical information, and enhanced business competitiveness. Technology has the most potential to deliver business sustainability and viability through the many opportunities for research and innovation.

While it cannot be denied that firms of today have a very definite and pivotal role to play in the generation of scientific and technological knowledge, much of their contribution center on how they formulate strategies to introduce new knowledge into their business functions.

Competition in the business environment has led to a lot of advanced technological and scientific research and development. Investment in a lot of monetary and manpower resources has increased the need for firms to compete with each other in the introduction of new technologies which may alter the political, economic, and social landscape. Gene Amdahl was interested in starting a new computer firm to compete with International Business Machines. He understood quite clearly that he needed a new technological design, a service and support system, and a good library software. He chose to design his computer to be IBM-compatible. Regardless of the technological wonders he designed into his new computer, it would operate all the existing IBM software. This strategy has greatly enhanced his customers’ access to new IBM technologies as well as his own. While his company has tailored itself from another company’s technology, it was able to create and generate a new set of ideas which not only enhanced his company’s image but IBM’s as well.

High technology firms who generate a lot of technological and scientific knowledge have been able to identify new markets in the fields of computers, biotechnology, genetic engineering, robotics, and other markets. These firms depend heavily on advanced scientific and engineering knowledge.

Michael Dell, for example, started building personal computers in his University of Texas dorm room at age 19. His innovative ideas and prototyping techniques have made Dell Computer one of the leading PC companies in the world with sales of $2.9 billion. Because of his company’s capacity to use technology to perform decision-making and focus on new customer demands and tastes, he was able to identify strategic markets for his PC Company all around the world in different contexts. When he shifted to new markets, other industry players followed. These industry players created another set of opportunities to explore other means. Through the early 1990s, Dell sold directly to the consumer through its toll-free telephone line. Eventually, it expanded its sales to the Internet and has logged a significant percentage of its overall sales from the Internet. This strategy has lowered overhead for the company. The web site is a significant part of Dell’s strategy for moving into the new millenium. Company officials predict that within the next few years, more than half of their sales will be from the web. Supporting such a booming online sales are a robust infrastructure of communication devices and networks, Dell servers, and electronic commerce software from Microsoft.

Just as with the globalisation of markets, changes due to advances in technology is not new to business marketing. Yet, technology change is expected to create new ways of marketing that haven’t existed. Du Pont, for example has developed a Rapid Market Assessment technology that enables the company to determine if a market, usually a country or region previously not served warrants development. The result of the analysis is a customer-focused understanding of the foreign market, independent of the level of economic development of that country or region.

Technology is changing the nature of business-customer interaction. If applied well, benefits increase to both parties. In the area of retail marketing for example, technology can be used to enhance interaction between retailers and customers.

Point-of-sale scanning equipment is widely utilized by supermarkets, department stores, specialty stores, membership clubs, and others-hundreds of thousands of firms in all. Retailers can quickly complete customer transactions, amass sales data, reduce costs, and adjust inventory figures. At some restaurants, when dinner is over, the waiter brings the check-and a sleek box that opens like the check presentation folder used by many restaurants revealing buttons and a miniscreen. The waiter brings it over and disappears discreetly. Following instructions on the screen, you verify the tab, select the payment type (credit card or ATM card), insert the card into a slot, and enter your personal identification number of PIN. You can then enter a tip-a specific amount or, if you want the device to figure the tip, a percentage. Completing the transaction triggers a blinking light. This summons the waiter who then removes the device and the receipt is printed on another terminal. In this manner, the restaurant, as a firm was able to innovate on new ways to make customers make further exploration and application of this new mechanism. This in turn introduced another set of mechanisms for making billing charges to customers in another business setting (like electricity and water bills). With this illustration, innovation on a new technology can be of great help to different industry players.

With signature capture, shoppers sign their names right on a computer screen. At Sears, the cardholder uses a special pen to sign a paper receipt-which becomes the cardholder copy-on top of a pressure-sensitive pad that captures the signature, stores it, and displays it on the checkout terminal screen so a clerk can compare it with the one on the back of the credit card. Sears has a brochure explaining the procedure is entirely voluntary and electronic signatures are not stored separately and can be printed only along with the entire sales receipt. Again, innovation centered on how customers can be better served has generated a whole new set of ideas for other firms to research on.

The web or the Internet has generated a lot of research interests nowadays. People rely on the web for retrieving and sending information. It’s being used for almost all sorts of business and personal transactions like in the area of learning and commerce. Stanford University Library’s HighWire Press began in early 1995with the online production of the weekly Journal of Biological Chemistry (JBC). By March 2001, it was producing 240 online journals giving access to 237,711 articles. The journals focus on science, technology, medicine and other scientific fields. HighWire’s strategy of online publishing of scholarly journals is not simply to mount electronic images of printed pages; rather by adding links among authors, articles and citations, advanced searching techniques, high-resolution images and multimedia, and interactivity, the electronic versions provided added dimensions to the information being provided in printed journals. The dimensions allowed readers boundless opportunities to follow up what they have initially started. The role of firms here has been magnified quite a bit. Technical and scientific information can be distributed at the least possible time possible and in as many people as possible.

In another setting, consider the tremendous savings now those millions of Internet users are able to work from home – or at least, dial into the office more than drive there. Many offices are using the Internet to save office space, materials, and transportation costs. Using email and other electronic documents also saves energy, by saving paper. People who are online are able to explore most of the advantage technology and science has to offer them. It gives them the power to filter out what is and what is not useful. Newspapers are also going online. Arguably, of all the technologies, telecommunications, and the Internet, along with a renewable energy, has the most potential to deliver sustainability and the vision of integrated optical communication networks, is compelling enough for people to understand the underlying role that technology firms play in today’s technology-based society. Computer networks and the Internet have largely been the biggest technological breakthroughs made throughout the century. And the possibilities are even growing bigger for firms to do more to leverage its use.

To conclude, firms play a very important role in the generation of new information and their eventual diffusion into the overall structure of businesses and society as well. Firms are seen as responsible generators of new ideas which not only help them attain competitive advantage over their rivals but also are also unconsciously improving the lives of people from different places around the globe. Competing firms explore different technical and scientific innovations which match their business strategy especially in a globalised business setting. The rate at which firms do research and development has spawned the need for further collaboration and cooperation even among their competitors in order to protect their strategic advantage. The introduction of technological and scientific standards has helped guide the introduction of new knowledge to definite direction to take. Firms also serve as a window to a lot more opportunities for information exchange and interaction between customers and even their competitors. The Internet has been the biggest contributor to the generation, infusion, and distribution of knowledge. It has also provided a lot of opportunities for firms to invest their time and resources in order to facilitate easier access to their products and services. It has also created a new set of commerce and learning methods which allowed more and more people to get involved even if time and distances presented challenges. The driving force behind all of these innovations is change. Without it, firms will not be motivated to introduce new sets of ideas and distributed them. Knowledge is empowerment. Acquiring technical and scientific knowledge through the initiatives of different organizations not only increases further competition but also improves the different political, social, and economic dimensions of society. The generation and diffusion of scientific and technological knowledge will not be possible if firms are not aware of the changes that are constantly shaping their business landscape. Today’s challenges is not on how technological and scientific information can be generated and distributed. It is more on using this knowledge on the right place and at the right time.