All over the world, there is growing evidence that Small and medium-sized enterprises (SMEs) play an important role in the national economic development of any country. SMEs are becoming more and more a subject of high attention in the developing countries, countries in transition but also in the countries with developed economies.

In market economies, SMEs are the engine of economic development. Thanks to their private ownership, entrepreneurial spirit, their flexibility and adaptability as well as their potential to react to challenges and changing environments, SMEs contribute to sustainable growth and employment generation in a significant manner.

Until latest, the private sectors of many emerging economies were missing the middle level of development. Investors, policymakers, and professionals dedicated most of their efforts to big companies of over 500 employees, larger enterprises or multinationals. Large Enterprises and MNCs were target of TAX incentives and subsidies whereas organizations like World Bank and UNDP were focused on supporting the micro-enterprises which usually have less than 5 employees. Between these two extremes, lie the SME businesses. In the past, SMEs have been considered as not being the key element to drive the economy therefore it was considered as not worthy to focus the policies of the government to them. However, lately there have been many promising initiatives to support the SMEs operating in crucial segments of emerging economies not only by investments but business leaders as well, leaders who clearly recognize the role of SMEs in building a sustainable economy development.

The SMEs are becoming more and more present in the countries’ economies. They play a significant role in national economy by providing various goods and services, creating job opportunities, developing regional economies and communities, helping the competition in the market and offering innovation. Main areas of their presence are manufacturing industry, distribution industry and services industry.

SMEs play a big role in the vitalization and development of national economies because they are creating job opportunities, promotes stability and development of regional economies, produces much of the creativity and innovation that fuels economic progress, promote the competition and cooperation and produce high value added products. Large number of people relies on the small and medium enterprises directly or indirectly. They play a big role with their contribution in labor absorption, poverty alleviation and revenue generation. The critical importance of this sector warrants much more attention by all the stakeholders which includes government agencies, academia and multinational companies because of their vested interest. 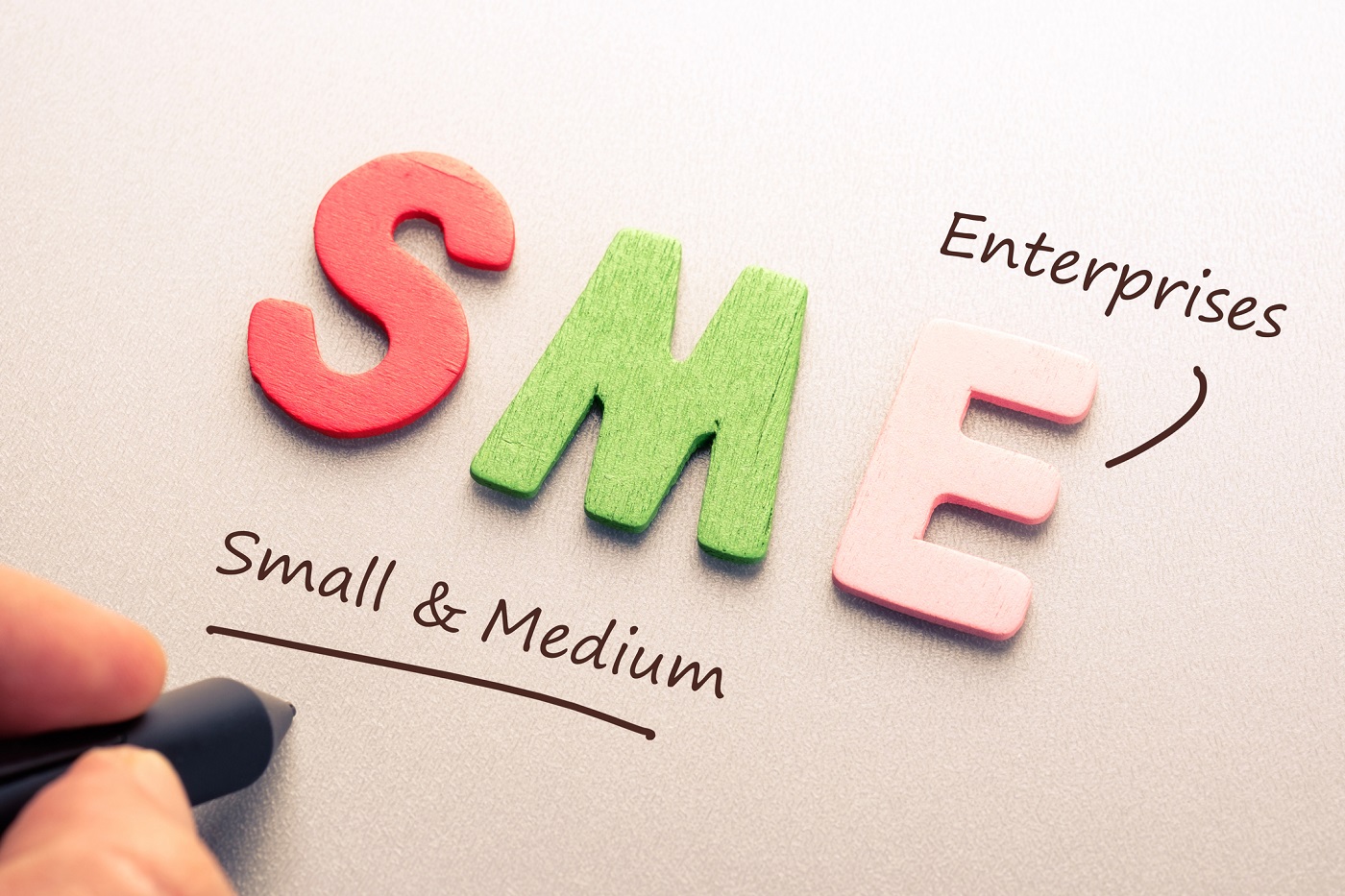 Throughout the world, one finds the SMEs to be the employee, the customer and the supplier who provide goods and services to the local market. They also provide the majority of entrepreneurship in any economy.

SMEs are the starting point of development in the economies towards industrialization. Most of the current larger enterprises have their origin in small and medium enterprises.

The extra growth over the past several years throughout the industrialized countries has been due in large to the growth of SMEs. There is a growing recognition that the market economy starts by establishing small and medium-sized enterprises, and then it is developed by developing the SMEs dynamically. Entrepreneurs establish companies, start business, acquire or change management resources, accumulate them and expand their business. These activities of SMEs represent a big driving force behind the development of a national economy.

Examples of the above can be found in developed or in developing countries. The case of High-tech companies in the Silicon Valley in US shows that these companies were established as venture companies by engineers and researches in the field of information technology and latter they have become big businesses in only few year. They are playing today a big role in enhancing the competition in US and raising the economic growth rate of the country.

Another example of that are the global companies emerged in Japan which were established initially as small and medium sized enterprises by engineers after the Second World War and then developed into global big enterprises such as Sony, Panasonic or Honda.

The achievements by Taiwan are a good example of the role of SMEs play in a nation’s economy with limited natural resources. Over the last decade, Taiwan has established itself as a world-class supplier for a wide range of electronic hardware products. SMEs in Taiwan have been at the heart of this impressive success. In 1993, SMEs accounted for 96 per cent of the total number of companies, 69 per cent of total employment and 55 per cent of Taiwan’s manufacturing exports. Most of Taiwan’s current 400 electronic companies started as small businesses.

Based on the above statistics and facts, we can say that SMEs play a key role in the economy of the countries as they represent the majority of companies counted, are responsible for a bigger volume of employment and products generated and are the catalyst of development, innovation and sustainability.

The strategic importance of SMEs is today acknowledged around the world for the following main reasons:

Integration into the global economy through economic liberalization, deregulation, and democratization is seen as the paramount way to triumph over poverty and inequality in Countries with transition economy. Important to this process, is the development of an animated private sector, in which small and medium enterprises can play a central role. SMEs have a propensity to employ more labor-intensive production processes than large enterprises. Consequently, they contribute significantly to the provision of productive employment opportunities, the generation of income and, eventually, the reduction of poverty.

In these countries, the state enterprises were forced to be reconstructed in the new environment of market economy while many of them went out of business.

Meanwhile entrepreneurs have established enterprises on their own resources, efforts and self responsibility in order to make the living for their own and their employees.

For the economies in transition there is important that the development of SMEs offset the effects of difficulties caused by the reconstruction of the state enterprises and provide enough tax revenue to maintain the development of the society.

SMEs development together with the FDIs seems to be the only two alternatives at this phase but we have to recognize the second alternative is not that advisable because the economy may be dominated and depending from the business conditions or policies defined by the foreign capital companies. Therefore, the role of SMEs that creates corporations and conduct business activities is very important. So, the main objective is to ensure incentives for such activities while promoting business practices that enhance the fair competitiveness among them.

In addition, SMEs play significant contribution in the transition of agriculture-led economies to industrial ones furnishing plain opportunities for processing activities which can generate sustainable source of revenue and enhance the development process.

Establishing a market economy in such countries requires a great hardship on the part of policy makers while at the same time it takes a long time for the management and employees of SMEs to acquire know-how management, technology and skills.

SMEs being less mobile than large corporations are more likely to have ties of dependence and familiarities to their communities which insure they protect their reputation and relationships among customers and neighbors. One study of European SMEs notes that 67.5 % of them regularly practice forms of social responsibilities such as supporting local charity activities.

The presence of a developed SME environment correlates with several economic factors including the growth of national GDP. There are many acknowledged benefits of SMEs in growing an economy. Researchers have shown the following findings for SMEs:

SMEs face and bureaucratic practices which solidify the dominance of large corporations in the formally regulated economy. This factor creates incentives for entrepreneurs to operate informally out of government’s regulatory reach.

Majority of SMEs refuse to utilize the organization’s environment standards because of inadequate support, time consuming, paperwork burdens and general distrust of external intrusion. Government regulations which are designed for big corporations cannot be fit to the small corporations therefore limiting their ability to follow and implement them.

SMEs are significantly underfinanced mainly caused by the logistical difficulties related to lending money to small business. Banks tend to offer loans to SMEs at unfavorable terms because of high fix costs related to transactions.

SMEs have a greater risk of failure particularly because the company directors have less experience, education or business experience.

In addition, future development of SMEs and their contribution in the national economy is closely related to globalization and its effects. Globalization, aided by rapid developments in information and communication technologies, improved transport facilities, behind the border regulatory reform, and tariff reductions affect SMEs and large multinational enterprises differently. The current phase of globalization, characterized by the globalization of production processes, has required important modifications in the relationships among partners throughout the value chain.

Participation in global value chains can bring stability to SMEs and allow them to increase productivity and to expand their business. This is often accomplished by the upgrading of their technological and human capital, as a result of their greater exposure and facilitated access to information, new business practices and more advanced technologies. Co-operation with a network of upstream and downstream partners can enhance a firm’s status, information flows and learning possibilities and increases the chances of success of small firms in the value chain.

However, SMEs’ involvement in value chains usually entails greater demands on their managerial and financial resources, and pressures on their ability to upgrade, to innovate and to protect in-house technology. SMEs may be limited by their inability to undertake R&D activities and training of personnel, and to comply with the growing number of requirements of product quality standards demanded by others.

Insufficient working capital can also be a barrier to SME participation in global value chains, in terms of their ability to upgrade technologies and services. Cash-flow can also be affected adversely through delayed payments from international partners. Moreover, in order to upgrade its position in the value chain, a small firm may need to take-on a larger and more complex set of tasks: for example, in addition to manufacturing a product or providing a service, it may involve contributing to the product development, organizing and monitoring a network of sub-suppliers, implementing internal systems of quality control and assuring compliance to an increasing set of standards, and ensuring delivery and quality at competitive costs.