In 1992, The American Heritage Dictionary acknowledged the popular use of a new word, intrapreneur, to mean “A person within a large corporation who takes direct responsibility for turning an idea into a profitable finished product through assertive risk-taking and innovation”. Intrapreneurship is now known as the practice of a corporate management style that integrates risk-taking and innovation approaches, as well as the reward and motivational techniques, that are more traditionally thought of as being the province of entrepreneurship.  They are entrepreneurs who catch hold of a new idea for a product, service, or process and work to bring this idea to fruition within the framework of the organization. Intrapreneurs with their innovations and dedicated effort are perceived as a valuable asset by the organization, inspiring others. He serves as a champion to others in the organization. In recent times, a number of intrapreneurs are leaving their jobs to start their own ventures. It is found that many are exceedingly successful in their new ventures and they are causing threat to the companies they left a few years ago. 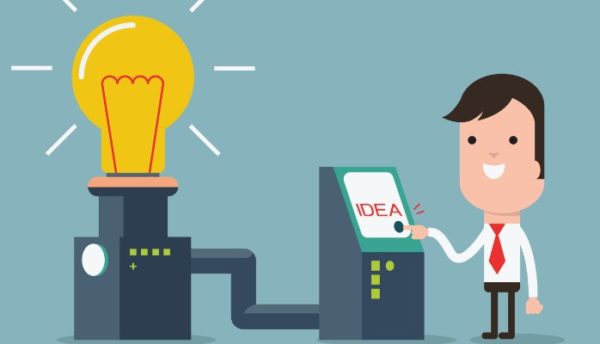 A classic case of intrapreneurs is that of the founders of Adobe, John Warnock and Charles Geschke. They both were employees of Xerox. As employees of Xerox, they were frustrated because their new product ideas were not encouraged. They quit Xerox in the early 1980s to begin their own business. Currently, Adobe has an annual turnover of over $6 billion.

Employees or perhaps those engaged in a special project within a larger firm, are encouraged to behave as entrepreneurs, even though they have the resources, capabilities and security of the larger firm to draw upon. Capturing a little of the dynamic nature of entrepreneurial management (trying things until successful, learning from failures, attempting to conserve resources, etc.) adds to the potential of an otherwise static organization, without exposing those employees to the risks or accountability normally associated with entrepreneurial failure.

Many companies are famous for setting up internal organizations whose purpose is to promote innovation within their ranks. One of the most well-known is the “Skunk Works” group at Lockheed Martin. The group was originally named after a reference in a cartoon, and was first brought together in 1943 to build the P-80 fighter jet. Because the project was to eventually become a part of the war effort, the project was internally protected and secretive. Kelly Johnson, later famous for Kelly’s 14 rules of intrapreneurship, was the director of this group.

Another example could be 3M, who encourage many projects within the company. They give certain freedom to employees to create their own projects, and they even give them funds to use for these projects. Genesis Grant is 3M’s intrapreneurial program which finances projects that might not end up getting funds through normal channels. Genesis Grant offers $85,000 to these innovators to carry forward their projects. In the days of its founders, HP used to have similar policies and just such an innovation-friendly atmosphere and intrapreneurial reputation. Besides 3M, Intel also has a tradition of implementing intrapreneurship.

Robbie Bach, J Allard and team’s XBOX might not have been feasible without the Microsoft’s money and infrastructure. The project required 100’s of millions and quality talent to make the product.

Difference Between an Entrepreneur and an Intrapreneur

An entrepreneur takes substantial risk in being the owner and operator of a business with expectations of financial profit and other rewards that the business may generate. On the contrary, an intrapreneur is an individual employed by an organization for remuneration, which is based on the financial success of the unit he is responsible for. Intrapreneurs share the same traits as entrepreneurs such as conviction, zeal and insight. As the intrapreneur continues to expresses his ideas vigorously, it will reveal the gap between the philosophy of the organization and the employee. If the organization supports him in pursuing his ideas, he succeeds. If not, he is likely to leave the organization and set up his own business.

In a recent study, researchers compared the elements related to entrepreneurial and intrapreneurial activity. The study found that among the 32,000 subjects who participated in it, five percent were engaged in the initial stages of a business start-up, either on their own or within an organization. The study also found that human capital such as education and experience is connected more with entrepreneurship than with intrapreneurship. Another observation was that intraptreneurial startups were inclined to concentrate more on business-to-business products while entrepreneurial startups were inclined towards consumer sales.

Another important factor that led to the choice between entrepreneurship and intrapreneurship was age. The study found that people who launched their own companies were in their 30s and 40s. People from older and younger age groups were risk averse or felt they have no opportunities, which makes them the ideal candidates if an organization is on the look out for employees with new ideas that can be pursued.

Entrepreneurship appeals to people who possess natural traits that find start ups arousing their interest. Intrapreneurs appear to be those who generally would not like to get entangled in start ups but are tempted to do so for a number of reasons. Managers would do well to take employees who do not appear entrepreneurial but can turn out to be good intrapreneurial choices.

Why Intrapreneurship is Better than Entrepreneurship

Intrapreneur generally have burning vision which help them to improve the organization as an Intrapreneur you have company name and a marketing channel at your back which can increase the chances of success of your intraprise. Intrapreneur do not need to risk his own funds but as an entrepreneur have to risk your finances. Especially if capital for your idea is easier to come from inside the organisation, Intrapreneur is better than entrepreneur. Success of the intraprise needs continuous assesses of the companies technologies to stay competitive. If the Intrapreneur wants to bypass existing company distribution channel still the company name matters. For the right person, intrapreneuring is invigorating and addicting. The company provides him security with freedom and creativity of the entrepreneur .