Motivation is the creation of stimuli, incentives, and working environments which enable people to perform to the best of their ability in pursuit of organisational success. It is commonly viewed as the magic drives that enable managers to get others to achieve their targets. Since the dawn of the twentieth century, there has been a shift at least in theory. Many management theorists have provided insights into motivation.  Motivation can have an effect on the output of any company or organisation. Organisations and companies relies heavily on the efficiency of it production staff to make sure that products are manufactured in numbers that meet demand of customers. If these employees lack the motivation to produce and perform to the best of their ability and meet the demand of customers, then an organisation may face a problem which may lead to serious consequences. 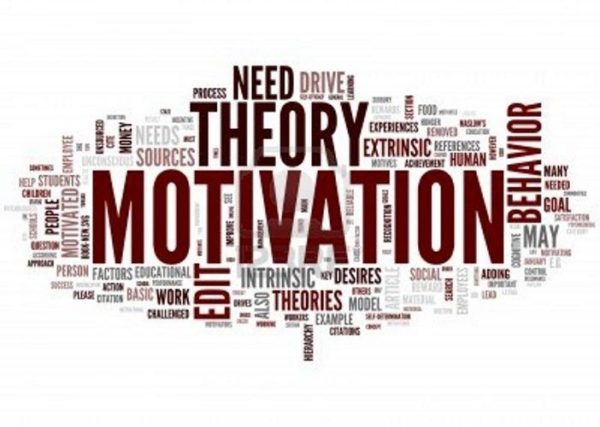 The traditional form of motivation stated that people could be driven by fear and therefore managers had to be tough. This approach made the employees do the bare minimum and only work while their manager was watching. Research on motivation and it impact on individuals and employees has been undertaken from the mid-twentieth century.

There is intense competition as a result of technological advancement, demographic changes, globalization, which puts more pressure on organisations to deliver products and services with continuous improvement. The theories of motivation identify individual needs, their expectation and reaction to both internal as well as to the external environment. The most important theories of motivation are discussed below.

A ground-breaking theory on the subject of motivation and needs of the human being was advanced by Abraham Maslow in 1954. He stated that there are some fundamental needs for the human being that can be arranged in a hierarchic way. He argued that individual’s and for the purpose of this study, employees are motivated to satisfy a number of diverse needs. According to Maslow until the most vital needs are fulfilled, other needs have little effect on the employee’s behavior. Once a need is satisfied, and therefore less essential, other needs emerge and become motivators of their behavior.

At the base of the hierarchy is the physiological needs; food, clothes etc.These are considered primary needs as employees concentrate on satisfying these needs before the others. Physiological needs according to Maslow are undeniably the most pressing of all needs. Once this need is fulfilled, the next level surfaces with the employee becoming anxious with the need for safety and security both at home and at the workplace.

Likewise, once the safety need too is satisfied, the employee strives for a sense of membership or an affiliation and a feeling of approval by others. Once the employee finds his/her place in a group or team, the need and longing to be held in esteem, recognized and respect crops up. Maslow asserts that with all these needs satisfied, employees are then motivated by the desire to ‘self-actualize’ and accomplish whatever they identify as their utmost potential.

According to Frederick Herzberg an individual’s relation and attitude towards work can determine success or failure. While Maslow looked at individual needs, Herzberg tried to find out how employees felt about their work and what really motivates them. In 1959 he created his two-factor theory by looking at the causes of job satisfaction and dissatisfaction in an effort to fully know what motivate people. He divided the needs into two categories; hygiene factors which relate to the needs that involve the framework of the task they performed and if these needs are not fulfilled there will be dissatisfaction on the part of employees. In essence if you want to motivate employees, concern should be given to the work itself.

Herzberg’s hygiene factors can be linked to Maslow’s hierarchy of needs and primarily the vital needs at the base of the hierarchy. The hygiene needs accommodate the need that arises from the physiological, safety and social or belongingness needs that do not make the employees satisfied in their job, but simply avoid dissatisfaction if fulfilled. In contrast motivator factors are those that allow for psychological growth and progress on the job. They are very much connected to the idea of self-actualization regarding a challenge, to savor the satisfaction of achievement, and to be acknowledged as having done something meaningful.

They explain Herzberg’s suggestion of motivation as similar to ‘internal self-charging battery’. For employees to become motivated the energy has to come from within. Herzberg however argues that motivation is based on growth needs; and is founded upon satisfaction born out of a sense of achievement, recognition for achievement, responsibility and personal growth. A review of Maslow’s and Herzberg’s theory lead to further research and theories the first of which was developed in 1962 by Stacy Adams.

This theory developed by Stacey Adams in 1962 suggests that since there is no absolute standard for fairness, and employees want to be treated fairly, they are likely to assess fairness by making comparison with others in similar situations. If they find out that they are not treated similarly they may lower their output, their quality of work or even leave the organisation for another where they are likely to be treated better. In essence it is not the real reward that motivate, but the perception of the reward in comparisons with others. While a simple theory, this theory cannot cover every incident as some employees are far more receptive to perceptions of unfairness than others. It is therefore very important for managers to be conscious of what their employees perceive to be fair and just and also know that this will differ from one employee to the other.

Whereas Maslow and Herzberg looked at the connection between needs and the ensuing effort expanded to fulfill them, Victor Vroom concentrated on effort, performance and outcomes. The fundamental concepts key to expectancy theory is that the anticipation of what will happen influences the employee’s choice of behavior that is, expectations and valence.

Vroom interpreted motivation as a process in which employees choose from a set of alternatives based upon the likely levels of expectation, and called the individual’s perception of this instrumentality. Valence in his theory is the assessment of actual outcome of one’s performance and together with instrumentality is very central in the expectancy theory.

From this theory’s viewpoint, an employee assigns a worth to an expectation, considers how much effort will be required, and works out the likelihood of success. If the perceived reward is sufficient for the effort required, the employee may make the effort. Expectancy in this theory is the prospect that they can carry out their duty in a way that leads to an optimistic result. For the employee the amount of effort he/she is eager to put in any performance of task is influenced by the expectation of the outcome of the effort. If the employee works hard then he/she can expect a good work result hence a higher reward.

Vroom’s theory give an insight into the research of employee motivation by shedding more lights on how individual goals sway individual performance. Vroom’s expectancy theory has been criticized for attempting to envisage a choice or effort. However because no obvious pattern of the meaning of effort exist, the variable cannot be measured effectively. The employee is assumed to deliberately weigh up the satisfaction or pain that he/she expects to attain or avoid and then a selection is made. The theory says nothing about intuitive motivation, something that Locke considered when he expanded Vroom’s theory.

Unlike Maslow’s theory that refers to an individual who acts increasingly for his/her need satisfaction first, with the simplest one up to the most complex ones, Clayton Alderfer’s theory (1972) which extended Maslow’s theory asserts that this course of action is not essentially progressive. According to him, there are three significant categories of human needs:

Although not fully tested, the ERG theory seems to describe the dynamics of individual needs in an organisation rationally well and can help managers when it comes to motivating employees. To them ERG theory provides a less rigid account of employees needs than Maslow’s hierarchy. By and large, it comes closest to explaining why employees have certain needs at diverse times.

Edwin Locke extended Vroom’s theory by developing his goal setting theory which takes into consideration the conscious motives that exist when organisations set goals to be met. Locke’s goal setting theory states that specific and difficult goals lead to higher performance with the help of feedback. In addition to feedback, goal commitment, and adequate self-efficacy, task characteristics and national culture have been found to influence the goal-performance relationship.

Motivation comes from the goal an individual set up based on human needs, personal values, personality traits etc which are shaped through socialization and experience. The behavior used to accomplish the goal depends on whether the goal is difficult or specific. The amount of effort an individual puts in reflects the level of satisfaction experienced which can lead to other actions. In order to reach the goals some conditions has to be present; such as feedback, goal commitment, ability etc.

According to him, a goal is required in order to create motivation within the employees to perform better than before. He indicates that financial rewards can improve the sustainability of a person’s dedication as well as behavior. Goal setting and management by objectives programs have grown in the past two decades and motivation has been organised in three categories; personality based view, cognitive decision and self regulation perspectives.

The basic idea of Locke’s goal setting theory is that employees’ goals are related to their motivation since their goals direct their thoughts and action. The cognitive decision predicts an individual’s choices or decisions and finally the personality-based perspective emphasize personal characteristics as they affect goal choice and striving. The personality-based category does not predict motivation, but it can provide understanding of what motivates individuals.