Walt Disney Company is a $27 billion a year Global Entertainment giant which is an American based company was started by Walter Disney in venture with his brother named Roy O Disney in 1923. In 1928, Walt Disney created Mickey Mouse for which Walt wanted to call his character “Mortimer” but his wife convinced him to be called as “Mickey Mouse” and since then Mickey has been a classical hit for Walt Disney. In 1937 Disney presented their first feature full length Musical animated movie called “Snow white and the seven dwarfs” which is still a huge hit and remained in the hearts of its consumers forever.

Walt Disney recognizes what is customer value in Disney brand. They value a fun experience and homespun entertainment based on old-fashioned family values. Disney responds to these consumer preferences by leveraging the brand across different consumer markets. Let’s say that an American family goes to see a Disney movie together. They have a great time. They want to continue the experience. So Walt Disney offers Disney’s consumer products with multiple product lines aimed at specific age groups. 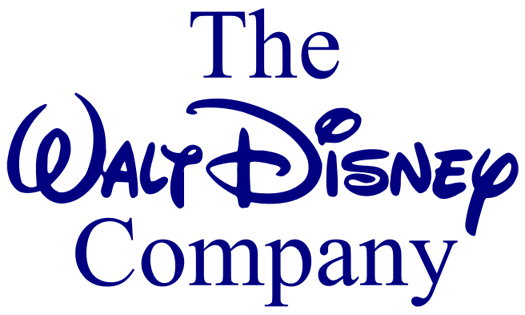 In 2003, Walt Disney came up with a movie called “Pirates of the Caribbean” which was a block buster hit at the box office. The movie was targeted for all the members of a family. In addition to the movie, Disney created a theme park ride, merchandising program, video game, TV series and comic books. In 2004, Disney presented the movie called “Home on the range” which was again a hit. Apart from the movie Disney created an accompanying sound track album, a line of toys for kids, clothing featuring the heroine, a theme park ride and a series of books. So Disney more often or not supports and promotes its movies with a host of secondary products attached to it.

Disney’s strategy is to build consumer markets for each of its characters, from classics like Mickey Mouse to snow white to new hits like Kim Possible. Each brand is created for a special age group and distribution channel. Disney has a large distribution channel. Baby Mickey Mouse and Disney babies target infants. Mickey Mouse is sold through the department and specially gift stores while Baby Mickey Mouse is a lower price option sold through mass-market channels. Disney’s Mickey’s stuff for kids targets boys and girls while Mickey unlimited targets teens and adults.

When it comes to TV channels, Disney has its own channel called the Disney channel which is the top prime time destination for kids’ age b/w 6 to 14. Disney has a pre school program called the “play house” which is targeted to small kids’ age b/w 2 to 6. Disney offers a Co-branded visa cards to adults. Card holders earn one dollar for every $100 charged to the card and the card holders can charge the card up to $75000 annually and then they can redeem the earnings for Disney merchandise or services, including Disney’s theme parks and resorts, Disney stores, Disney studios and Disney stage products. Disney has also been in Home depot offering a line of licensed kids’ room paint colors with paint swatches in the signature mouse and ears shape.

Disney also has licensed food products with its characters on its brands. For example, Disney provides a Yogurt called Yo-Pals yogurt which feature Winnie the Pooh and its friends. The four ounce yogurts are targeted to preschoolers who have an illustrated short story under each lid of the yogurt that encourages reading and discovery. Disney also has some imprinted cookies in vanilla and other flavors have impressions of its famous characters like Mickey Mouse, Donald Duck etc.

Disney has come up with a recent TV program character called KIM POSSIBLE, which is an integration of all of its consumer product lines. Kim possible is a typical high school going girl who in her spare time saves the world from evil villains. It is the number one rated cable program in its time slot and has spawned a variety of merchandise offered by the seven Disney consumer product divisions. The merchandise includes:

The success of Kim Possible is driven by action packed storylines which translate well into merchandise products in many categories. Today, the pervasiveness of Disney product offerings is staggering and all in all, there are over 3 billion entertainment-based impressions of Mickey Mouse received by children every year.

Since the Walt Disney Company has been able to find a very unusual niche within the industry, the entrance barriers are high relatively. The company is able to grow over a long term period, and has to develop from the departments of Research and Development (R&D), marketing, and finance. By depending on past experience, the company officials know to a large extent what the target customer wants.

The suppliers are governed by a few companies as the Walt Disney Company is operating in a highly differentiated and unique industry with high switching costs associated with operations. Besides, they are most probably very concentrated. However, the Walt Disney Company is a unique company and important customer of many suppliers. Furthermore, the size of the company may be a great advantage certainly. The company will create a dependency relationship in the industry by being able to order large volumes of unique products from unique suppliers.

The bargaining power of buyers is high in the service and in the entertainment industry. The customers have powers certainly since a large number of customers are needed to make the Walt Disney Company’s operations run smoothly. For example, if the price on a particular home video is too high, customers may be averse to spending the money needed to purchase the products. Another example is the entrance fee charged at the Walt Disney Company’s theme parks. Furthermore, the entertainment industry does not take the buyer money, even if it is planned in a way that it will make the buyer spend more. A majority of the Walt Disney Company’s product mix focuses on intangible returns of the buyer’s money. However, some customers may not realize that they are getting such a return may increase the bargaining power of the customers.

There are four things a business should consider that are crucial to keep up with the competition and to give an accurate point of view on where they stand. The four things are Strengths, Weaknesses, Opportunities and Threats referred to as SWOT analysis. The SWOT analysis provides information that is useful in matching the firm’s resources and capabilities to the competitive environment in which it operates. When doing a SWOT analysis it is imperative to know that the Strengths and Weaknesses are internal reflections, while the Opportunities and Threats are external reflections.

The Walt Disney Company’s main strength is in its resources, its experience in the business, and its low-cost strategy. Besides, the company has developed clearly a very strong and well known “brand-name” through many years. The company has also been able to diversify its operations and products to hedge against decreasing sales in product lines. In recent years, it has categorized into Home Video, Film, merchandise, Radio broadcasting, Net-work television and in theme parks. It has also effectively diversified globally its operations from USA to Japan and Europe. The main strengths in internal resources relate to human resources and financial stability. Employees in the Walt Disney Company studies appear to be extremely creative and they have produced several box-office productions in these recent years. A company without new ideas is bounded in today’s competitive business environment. However, the low-cost corporate strategy is a benefit for the company. The company can control costs, and still produce quality goods and services. Financial risks have been minimized by sharing initial investment costs with a maximum number of outside participants.

Corporations always have internal weaknesses. The Walt Disney Company’s main weaknesses are the following: A very large work load, often changes in top-management, and high overhead expenditures. The company has 58,000 employees in 1991. This fact represents possible communications problems, and a high bureaucracy level through the corporation. The company’s work load will increase even larger, and the organizational structure has to be able to support an extension of the work load by varying into more businesses and niches. The company has a very frequently changes and its corporate officers makes the corporate structure even more difficult. There are many positive things that often changes, but the changes are also associated with resistance, and high expenses.

External opportunities should be recognized, analyzed, and responded to in a very early stage. The Walt Disney Company is facing several external opportunities. However, the external threats facing the company are out-numbering the opportunities. Opportunities include the following; positive government attitudes towards its operations, barriers of entry are significant, and include the entertainment industry itself. Legal and legislative forces are usually identified as negative external factors to the company. Furthermore, the French government contributed greatly in the Euro Disneyworld project in the Walt Disney Company’s case. The French government invested in the project to built communication facilities, and gave the Walt Disney Company tax relief’s on cost of goods sold accounts. In addition, since the barriers of entry into the highly specialized industry in which the Walt Disney Company is still operating, competition will find it difficult to penetrate the company’s highly diversified product or service mix. Therefore, large initial capital investments are required to enter the industry accordingly.

Major threats to the Walt Disney Company include the following; Over saturated markets, politics and economic aspects from a global perspective, and foreign competition. As the supply of products and services in the entertainment industry is starting to saturate the markets, competition will be more exciting, and only the most powerful companies will be able to survive finally. The Walt Disney Company has leveraged this risk to a certain level as it has diversified and globalized its operations, but still, the company is in the service/entertainment business. The Cable-giants such as Turner Broadcasting Systems (TBS) may not be able to manage the stress on its operation such as the Network-television division.